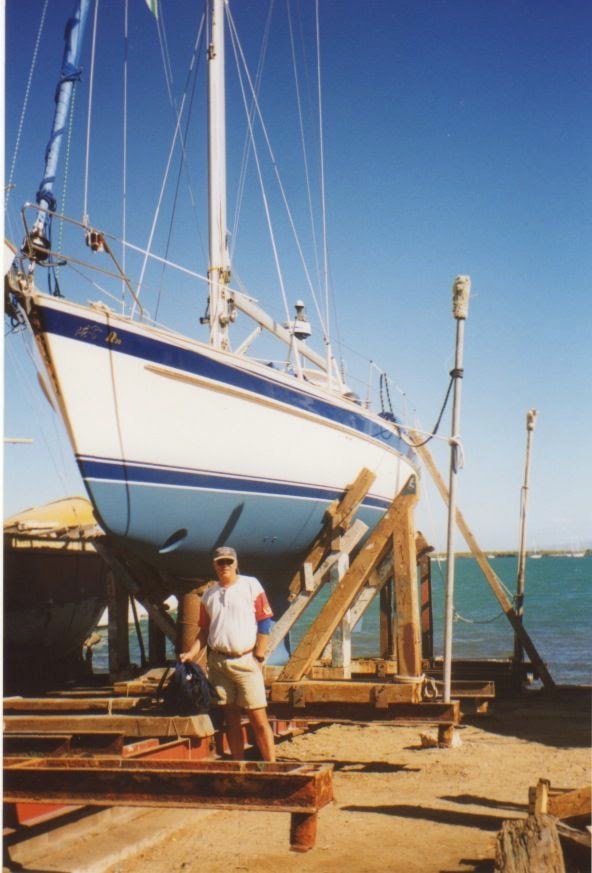 This is the fifth blog, in a series of blogs, about Chris and my adventures sailing the “high Seas,” on our boat “Flyaway.”  If you haven’t read them in order, and would like to, click on this link http://stowellbrown.blogspot.com/ and scroll down to the first one called, “Of Whales, Aircraft Carriers, and Storms,” or click on the link to the right, and start reading from there.

After living in La Paz for awhile I learned that many people in La Paz left their dogs in their cars, rather than locking their cars, and that a dog will bark wildly if you walk next to their car, and also that if you walk on the sidewalk next to a fenced yard there is most likely a dog in the yard who will guard his territory by barking violently.  To solve the problem of dogs in parked cars I would ask Chris to go first between the cars so that the dogs could bark at him.  To solve the dog in yard problem, I just walked in the street.  We believe that each homeowner owned the sidewalk and had to do their own maintenance on it.

When June came it was time to put “Flyaway” to bed, and to fly up to Seattle until September, or until the sea in Mexico cooled down from body temperature to a nice 80.  Each year we either stayed with our daughter in Seattle or eventually we bought a condo in Friday Harbor, San Juan Island, WA.  We sold the condo after eighteen months as we decided that we are not “island” people.  I was spending most of my time riding the ferry and driving down to Seattle to go to specialists because of my health, and Chris had no Home Depot on the island.  So we really only stayed in the condo a total of about 8 months during breaks from the heat in Mexico.

Our next step after a hurricane free summer in Mexico was to return to La Paz and have the bottom of Flyaway painted.  Chris supervised and was fascinated by the Mexican engineering.  The solar panels were ready to go. 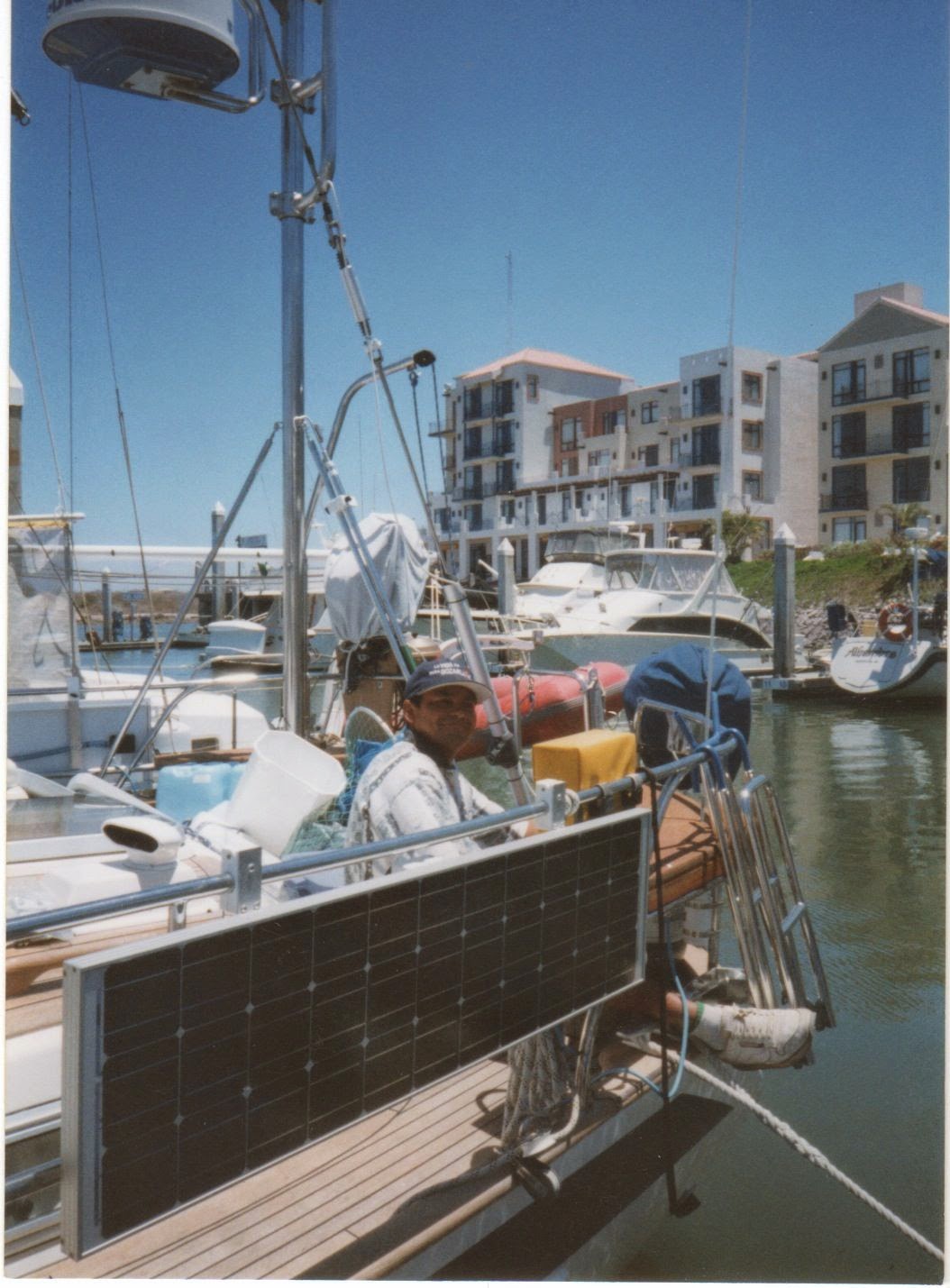 The most fun I had in La Paz was when I decided to invite a couple from another boat at the marina along with their grandson to play board games with us on New Years Eve.  Suddenly the party blossomed, and a couple from the “English” church invited us all over to their compound for board games.  We ordered pizzas and played Mexican Train, Balderdash, and other games.  I had so many laughs I count it the best New Years Eve ever.  The teenage grandson made up so many funny definitions of words for Balderdash I couldn’t stop laughing.  I had prayed that our crew, Dan and Debbie, could meet Milton and SuSu, a Christian couple who had been cruising for years as a captain and cook on a 105’ Mexican Yacht.  God worked it out by their inviting us all over. We were warned not to go outside at midnight as the Mexicans shoot their guns in the air to celebrate the New Year. 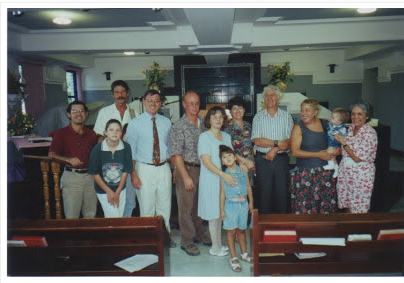 Then, I don’t remember the date, four friends showed up to help us cross the Sea of Cortez to Mazatlan.  The first night after we started out we stayed in Partida.  As I recall a whale fell in love with “Flyaway” and swam around us all night.  He was a loud breather too.

At seven knots we made steady but slow progress across the sea.  At night the water lights up with luminescence. Four or five out of the six of us went snorkeling in the middle.  (When we got to Mazatlan were were asked by other cruisers if the sharks had bothered us!)  We avoided colliding with unlighted pangas rafted across a large area in the middle of the crossing also. 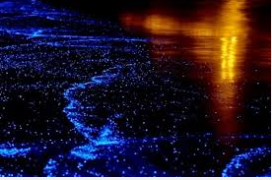 Mazatlan was a much bigger city than La Paz. It had many more marinas to choose from.  We elected to stay at the El Cid Marina.  The bus stop was right in front of the hotel and Time Share Salesman only occasionally propositioned us.  They would ask us if we wanted a free ride to town.  If we accepted we were taken to a Time Share Presentation, which was only about 4 hours long.  We were offered a free meal, which also was about 4 hours long.

We had several more friends come from Florida and Washington to stay on the boat with us or at time shares nearby, and enjoy the hot tub, riding the bus to the Golden Zone to shop, many restaurants, Old Town, and Central Market. 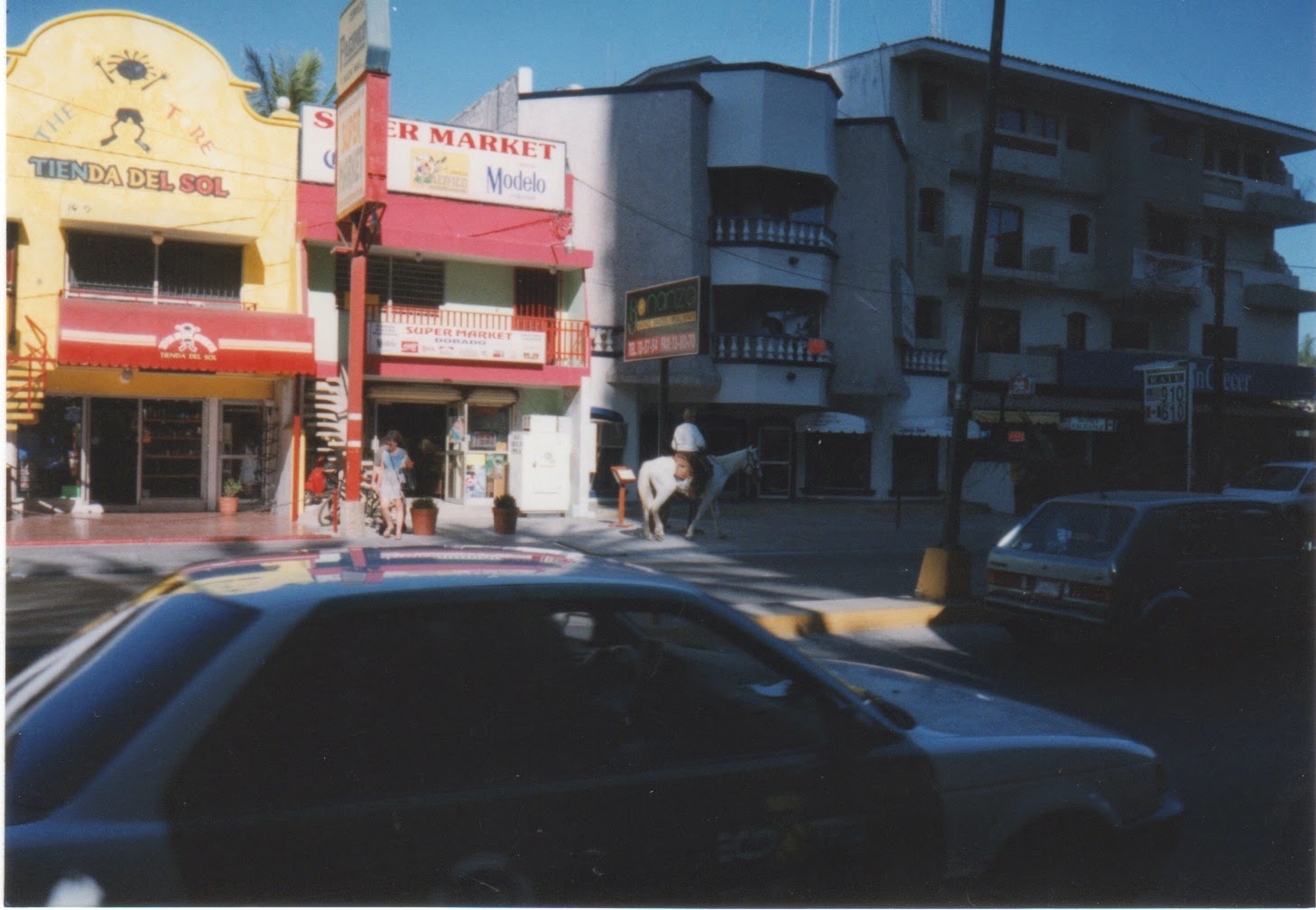 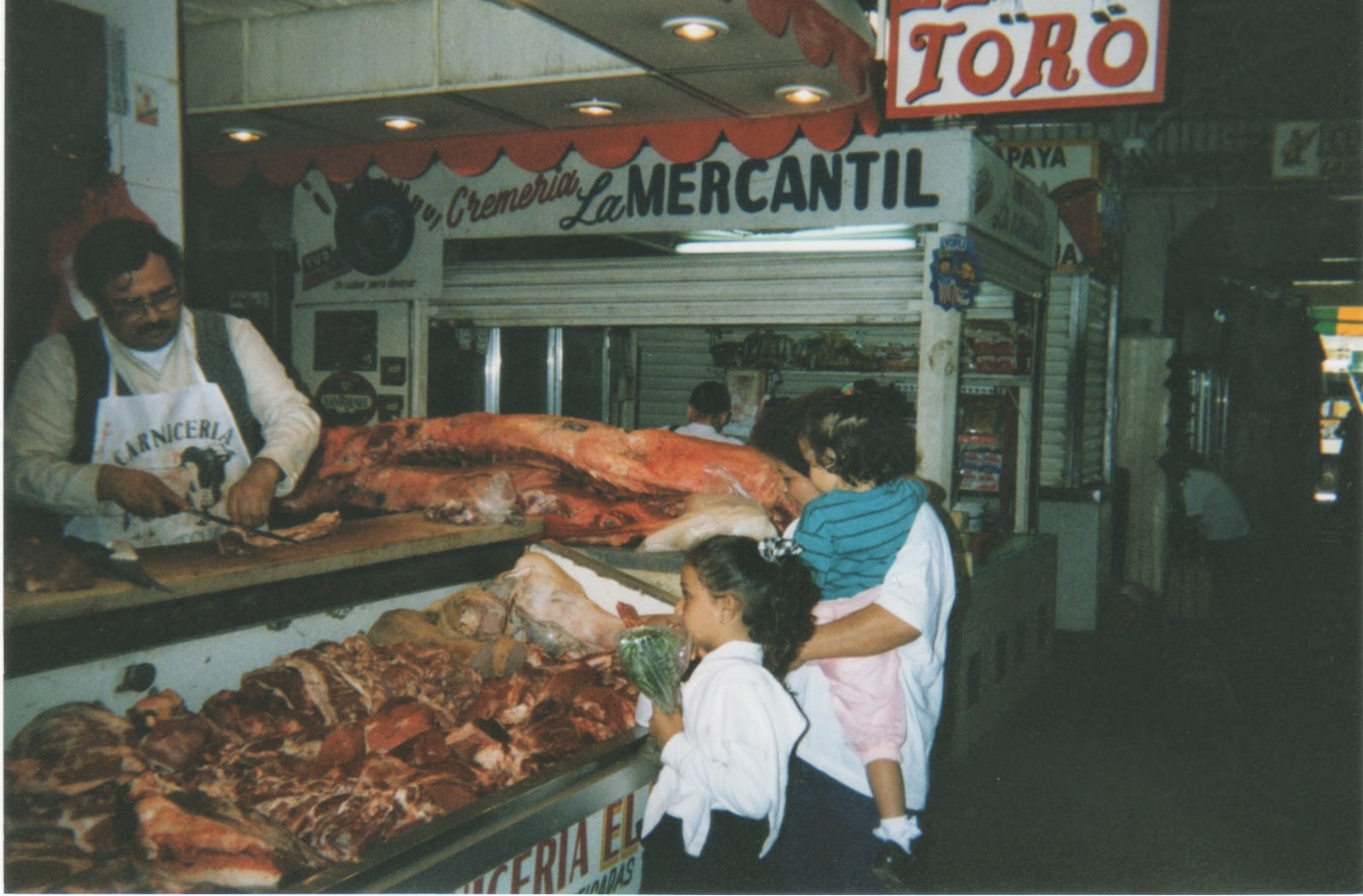 We didn't buy any meat at the market. 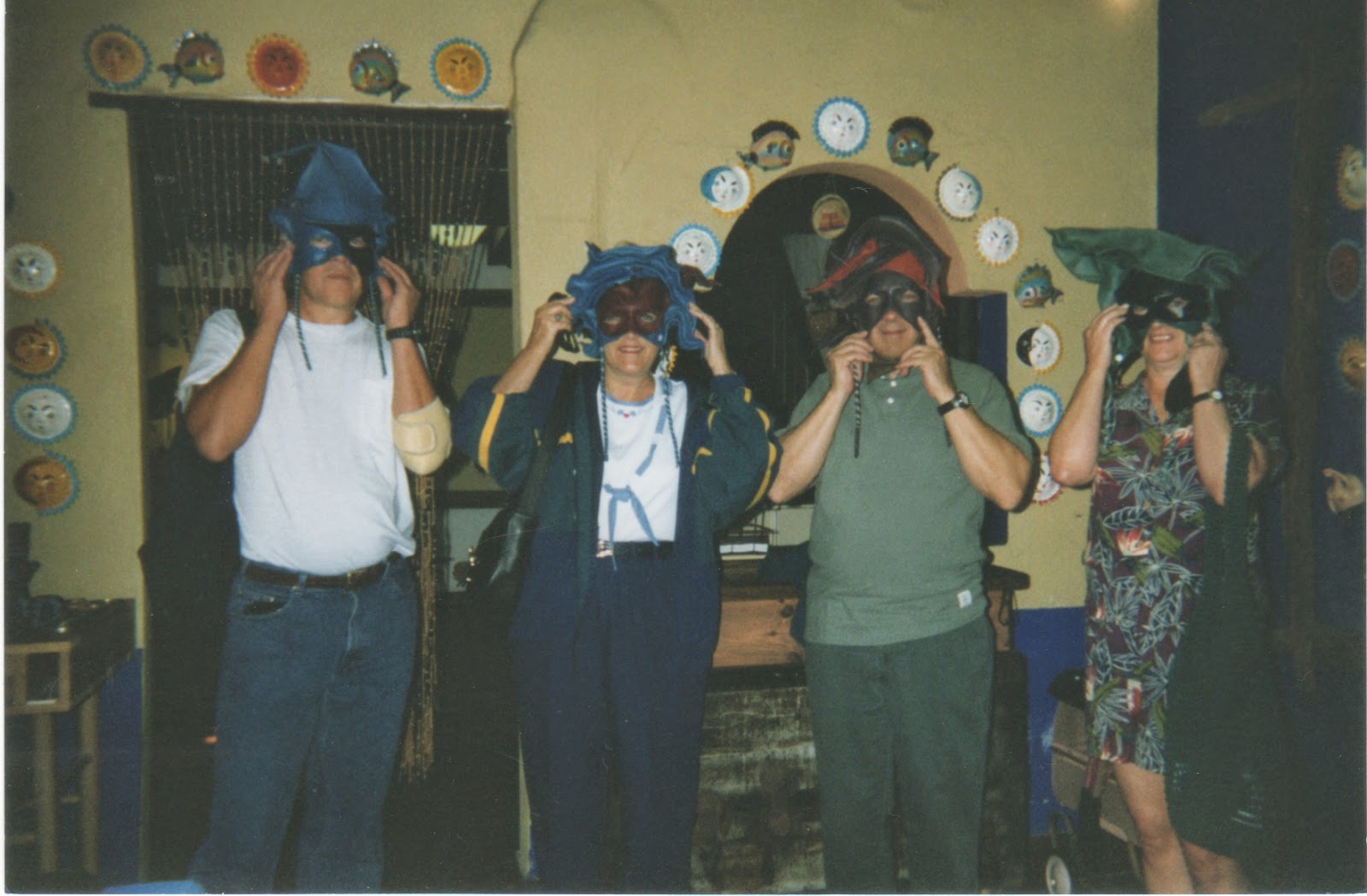 We bought masks at a shop in Old Town

Of course we attended fiestas. 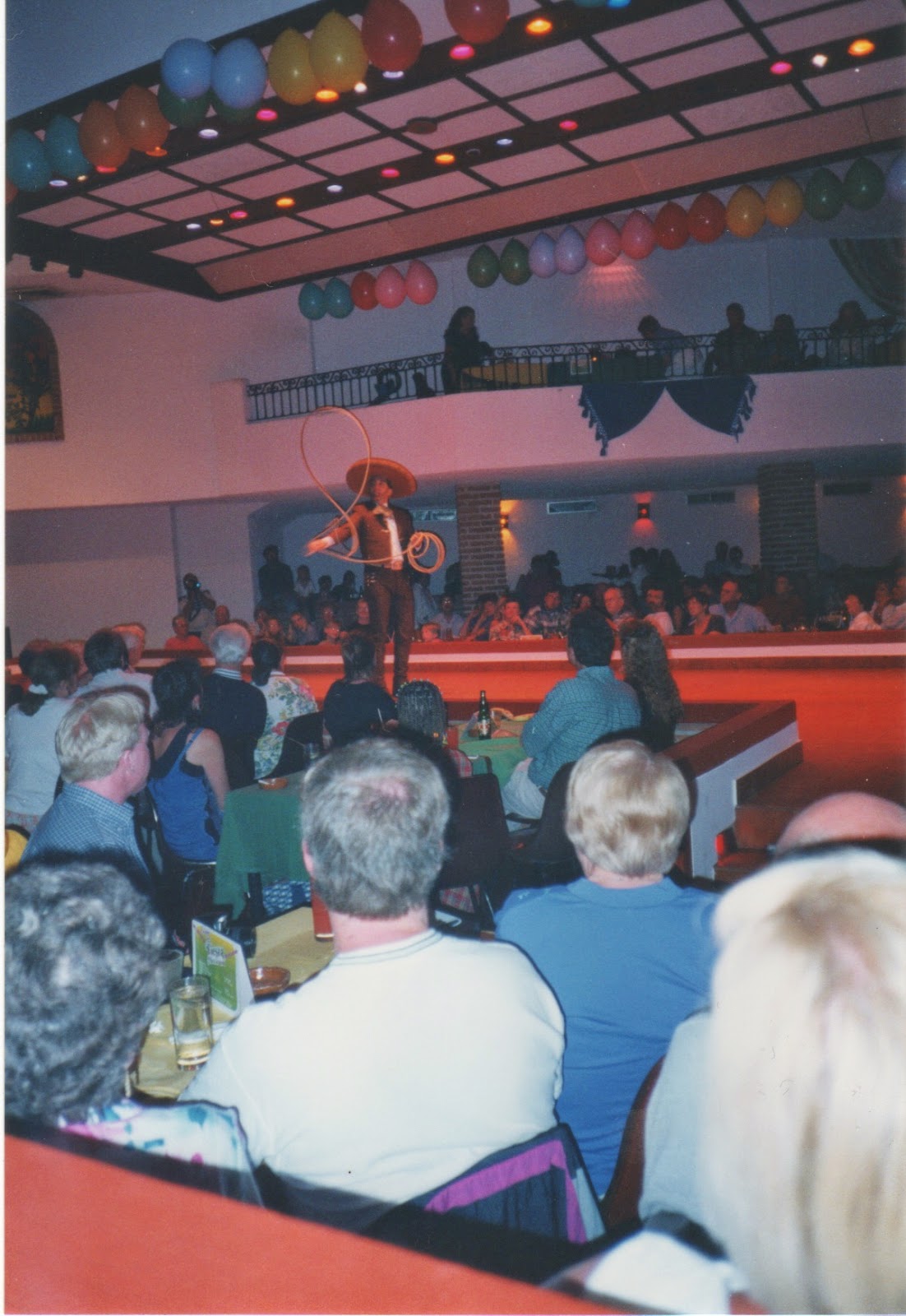 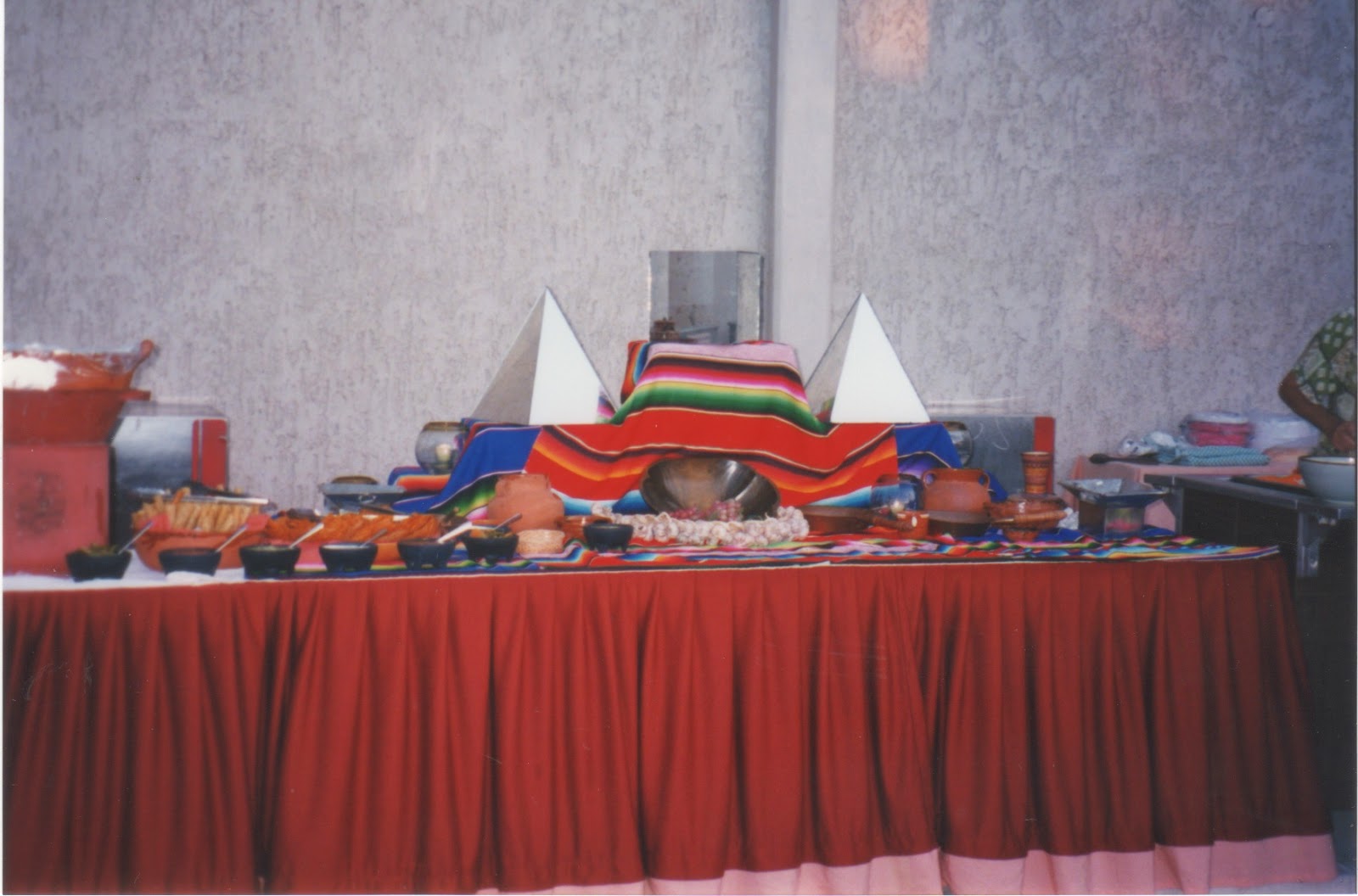 We enjoyed meals out with other cruisers.  After Chris was finished fixing other peoples boats he began building “Mexican Train” games and painting tiny locomotive game pieces.  Later a group of cruisers got together and rented a bus to take us to Carnival.  We had bleacher seats for the parade and a balcony from which to watch the fireworks.  We saw conga lines of young men running through the crowd, which was shoulder to shoulder with no room to pass, but they passed anyway! 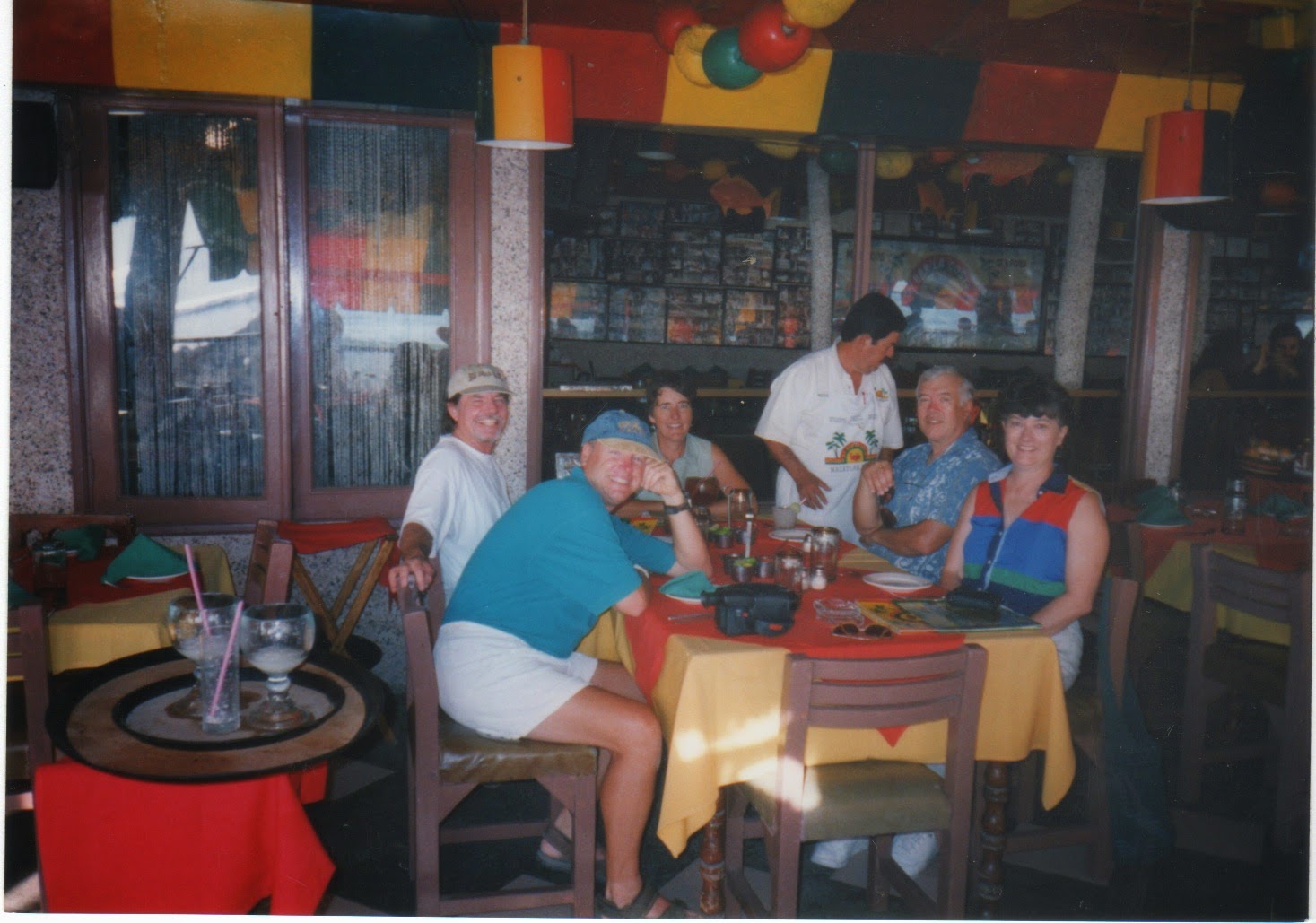 Us with cruiser friends 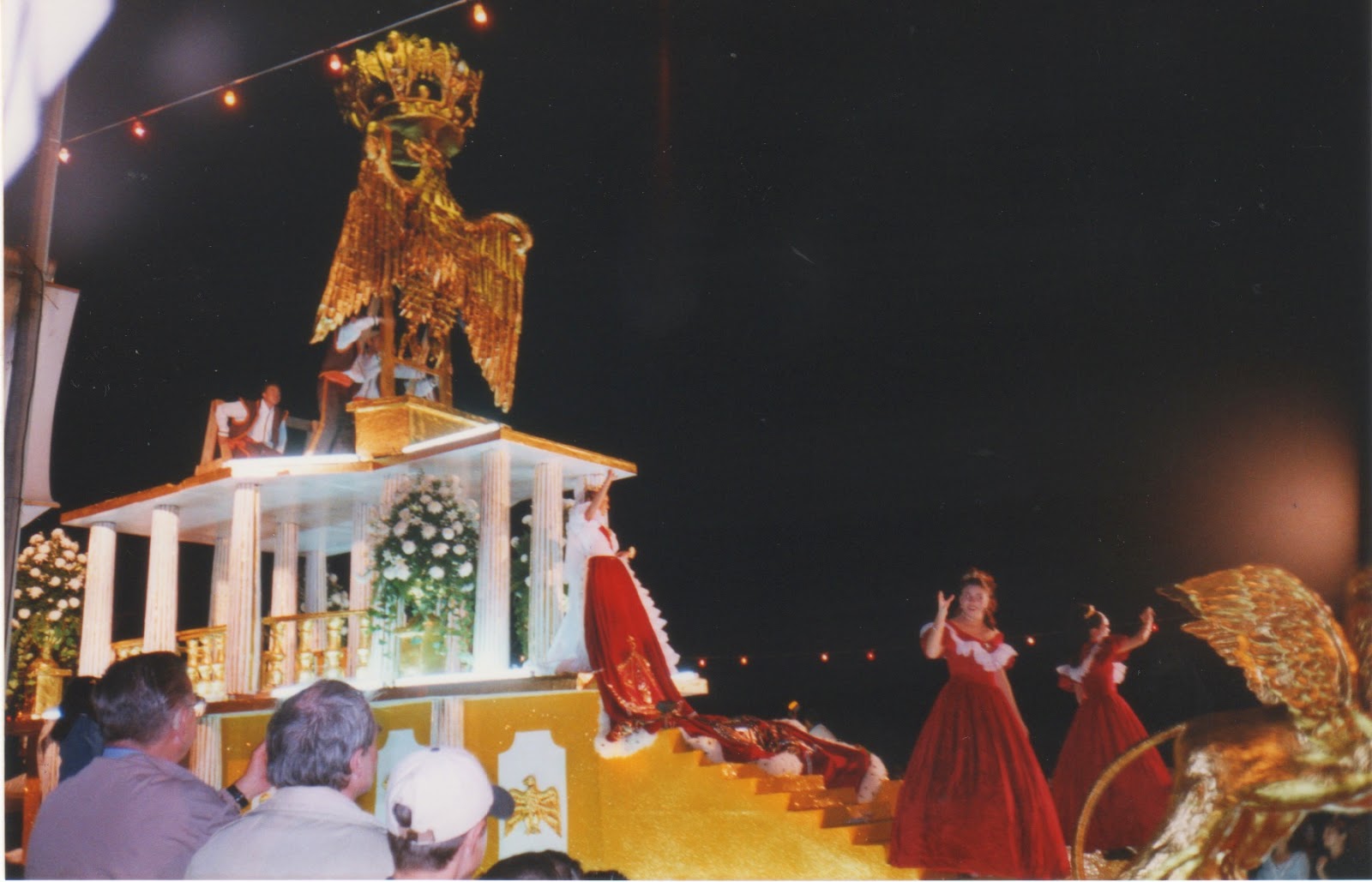 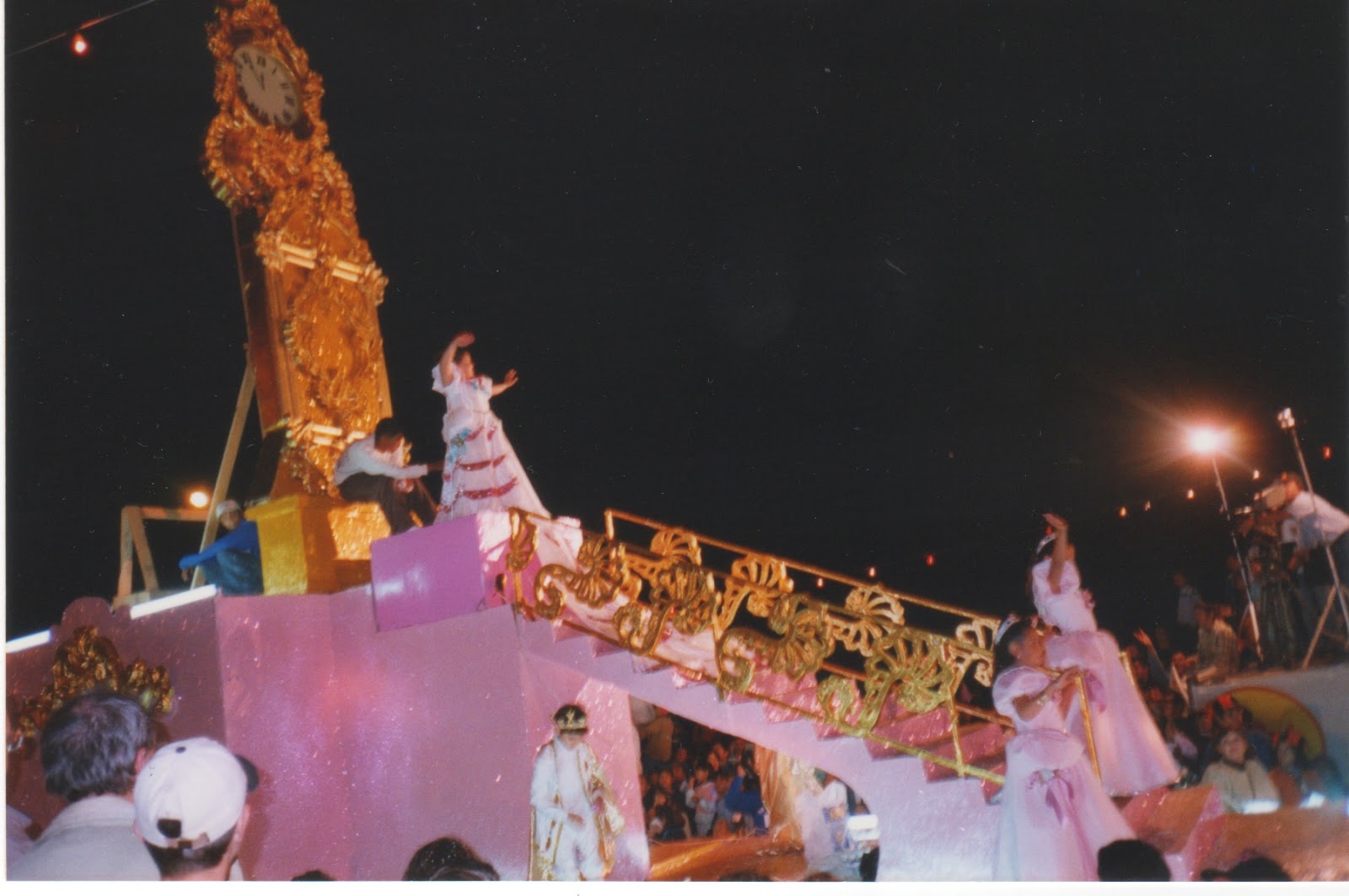 It was around this time that I decided I had, “been there and done that.”  I was not feeling like I wanted to live the rest of my life on a boat.  I encouraged Chris to keep going and sail to the South Pacific and on to Australia if he wanted to.  I flew to Seattle and then our son drove me to Spokane to live in his rental house while his roommates were gone for the summer.

Next blog will be on the Tahiti trip.
Posted by Flyaway at 9:04 PM