Desperately Seeking A Shower-- Or Part Two Of Our Sailing Adventures 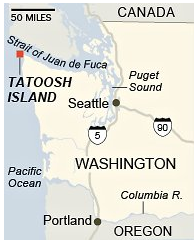 Continuing on with our story, which began in 1997, we rounded the corner passing Tatoosh Island, where we woke up the sea lions at dawn after motoring all night.  We headed toward our first stop at Crescent City, CA.  Yes, it took us all night to go from Seattle to the Pacific Ocean.

When we hit the “big” water the seas were rough. As we were roller coastering  25-foot waves I wondered about myself.  Is this what I really wanted to do?! 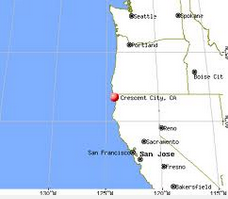 
Two days and nights later as we entered Crescent City, CA Marina.  It was early morning.  All I could think about was a hot meal and a shower and a good night’s sleep in a motel bed. (If you have ever experienced not being able to take a shower every day because of lack of abundant water, you will understand the longing for a shower that many sailors have!) It had never occurred to me that constant moving of a boat all day and all night would be similar to traveling on any other moving vehicle like trains, planes, buses, or cars.  I was anxious to put some solid ground under my feet. 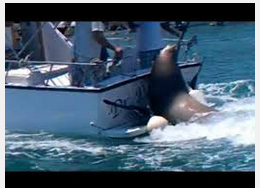 
The fishing boats were already in their slips in the marina.  Sea lions made a racket as they begged for scraps as the fishermen cleaned and gutted their catch. We radioed on the VHF radio to the Harbor Master at the Marina office and were directed to the fuel dock.  As Chris and Dan fueled the boat I began packing for a night on shore.  After finding our assigned slip we made our way to the marina restaurant, The Chart House.  We were told we could take showers at the mobile home park facilities near by for a couple of dollars.

After a wonderful hot breakfast eaten in a warm restaurant, and a hot shower, we headed back to the boat to get our bags for an over night stay on shore. It was then that Chris checked the weather fax and noted that Hurricane Nora was bearing down on San Diego and that two storms were forming in the Gulf of Alaska.  He decided that it would not be a good idea to be caught in Crescent City to wait out a storm.  Karl was eager to catch his plane in San Diego to fly home.  So the decision was made to get under way.

My heart sank.  Could I endure another night of 25-foot waves?  “Flyaway” surfed like a cork up and down but then that meant that we did too.  If we wanted to sit either on deck or below in the cabin we had to brace our feet against the opposite settee or we would be thrown onto the floor.  To sleep we put up lee clothes so we wouldn’t be flung out of our bunks.

(Just to let you know how we came up with the name for our boat it had two meanings for us.  When I was eighteen months old, and unsupervised in a playpen in the unfenced back yard of my grandparent’s house, (I was unlike my older brother who would sit for hours in a playpen and play), I climbed out of the playpen, and ran down the block, and crossed the street to the empty elementary school playground.  My mom was frantic when she discovered I was missing.  She ran to the neighbor’s houses and on down the block until she saw a tiny figure with dark curly hair and wearing a red dress clinging to a swing.  Mom had discovered my desire for adventure at my young age.  She called me her little “flyaway.”

Also Chris and I identified with David when he wrote the Bible verse in Psalm 55:6, “ I said, ‘Oh, that I had the wings of a dove! I would fly away and be at rest.’”)

Back to the trip:  Starting out from Crescent City this leg of the trip was even rougher than before.  Instead of 25’ waves we had 40’ waves.  Debbie asked me to pray.  I couldn’t believe that she was that alarmed.  She had sailed down the coast many times before.  I was rather naive about what to expect so I thought everything was normal. Our church, parents, and children were praying for us.  I knew we would be OK and if not we were prepared with emergency supplies.  But because of the turbulent seas we decided to pull in to Alameda after days of abuse from the weather.

At that time we were members of San Juan Yacht Club in Friday Harbor, WA.  The Oakland Yacht club had a reciprocal agreement with our yacht club so we could stay there. Once again we were grimy from no showers so Debbie and Dan contacted a friend who lived in the area and asked if we could use his shower.  He cordially invited us over.  (If you ever have the opportunity to offer your shower to cruisers please do, you will have a friend for life!) 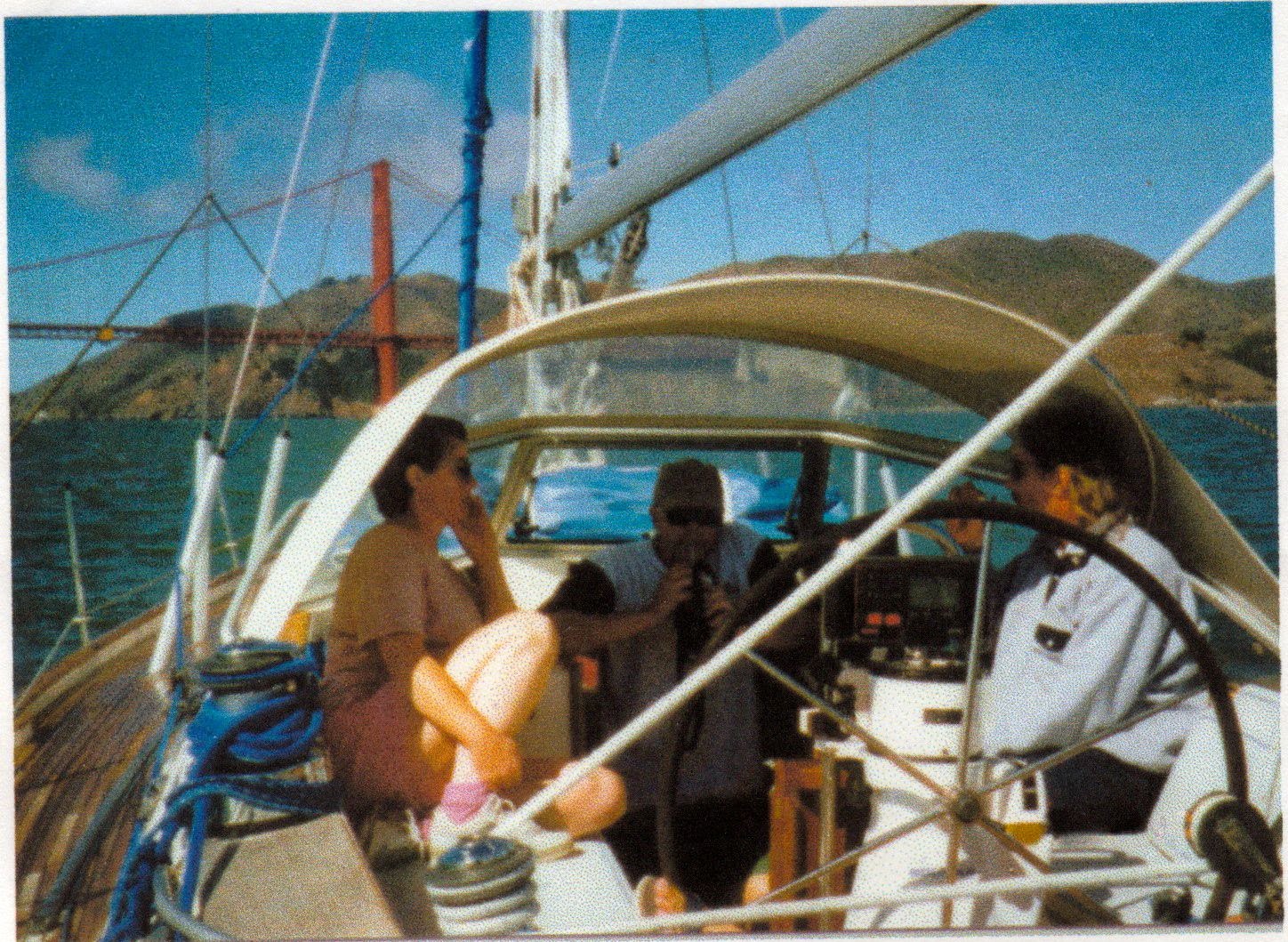 Me, Chris, and Dan on our way out of San Francisco Bay toward San Diego

Finally, after a nine-day and night passage, we motored down the channel to San Diego.  Dolphins followed us and merrily surfed our wake. We pulled into the Chula Vista Yacht Club where we again took advantage of the reciprocal agreement.  Karl, Debbie, and Dan jumped off the boat and took off for the airport. 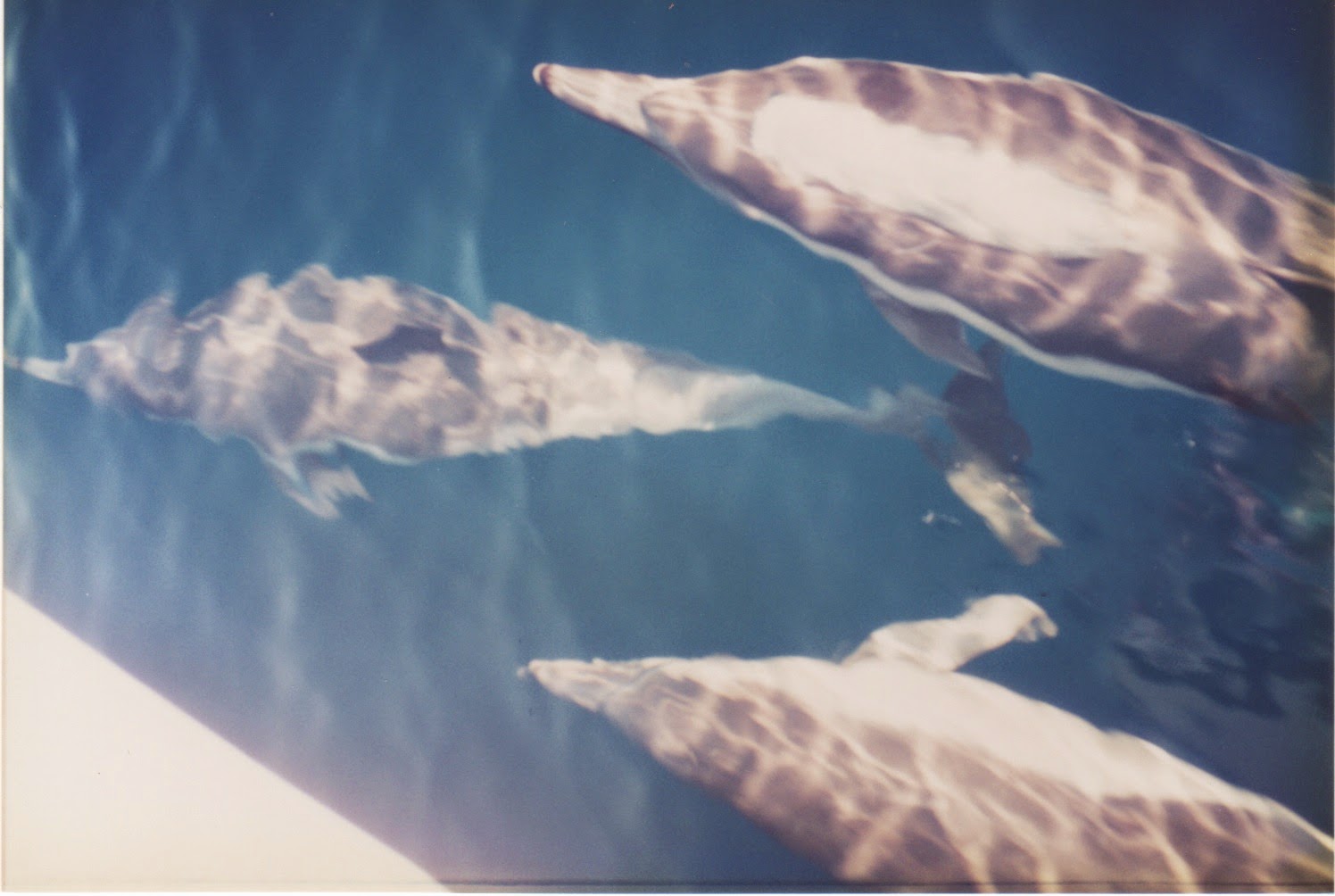 Chris and I decided to stay in the area for Thanksgiving, which we spent with the Gunderson relatives, Christmas was with the Young and Stowell relatives, and New Years with the Gunderson’s again.  We visited my cousin Kit’s church, my cousin Rinda’s church, a church near the marina, and also David Jeremiah’s church.  My aunt Emily and her friend came with my cousins to a luncheon on the boat.  We in turn enjoyed a meal at her house and then at the San Diego State University facility dining room with her.  Between my cousin Rinda, Joanne Gunderson, and my Aunt Emily, a shuttle from the marina, the trolley, and buses we traveled around the area quite well. 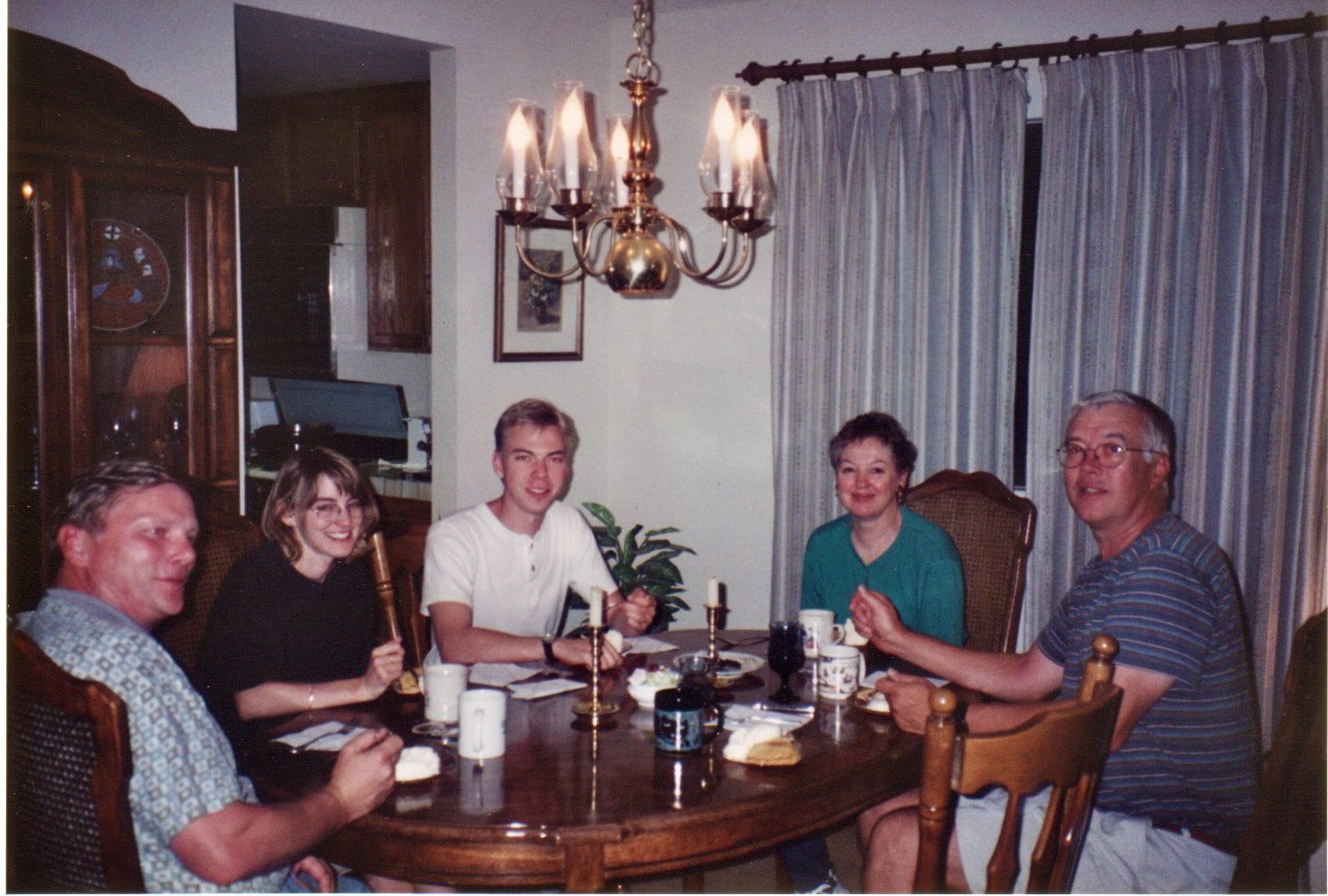 Thanksgiving with the Gunderson cousins 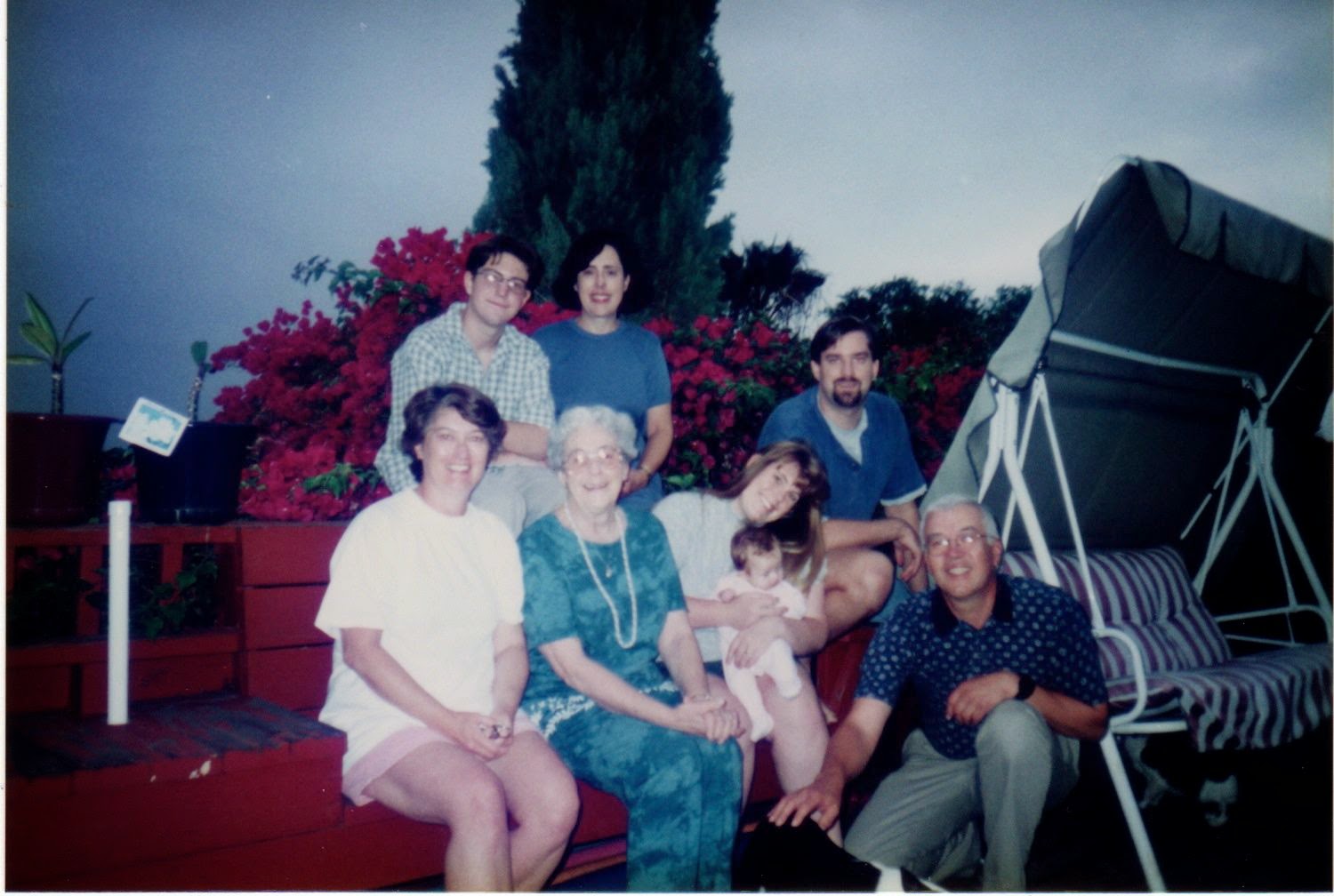 Christmas with Youngs and Stowells 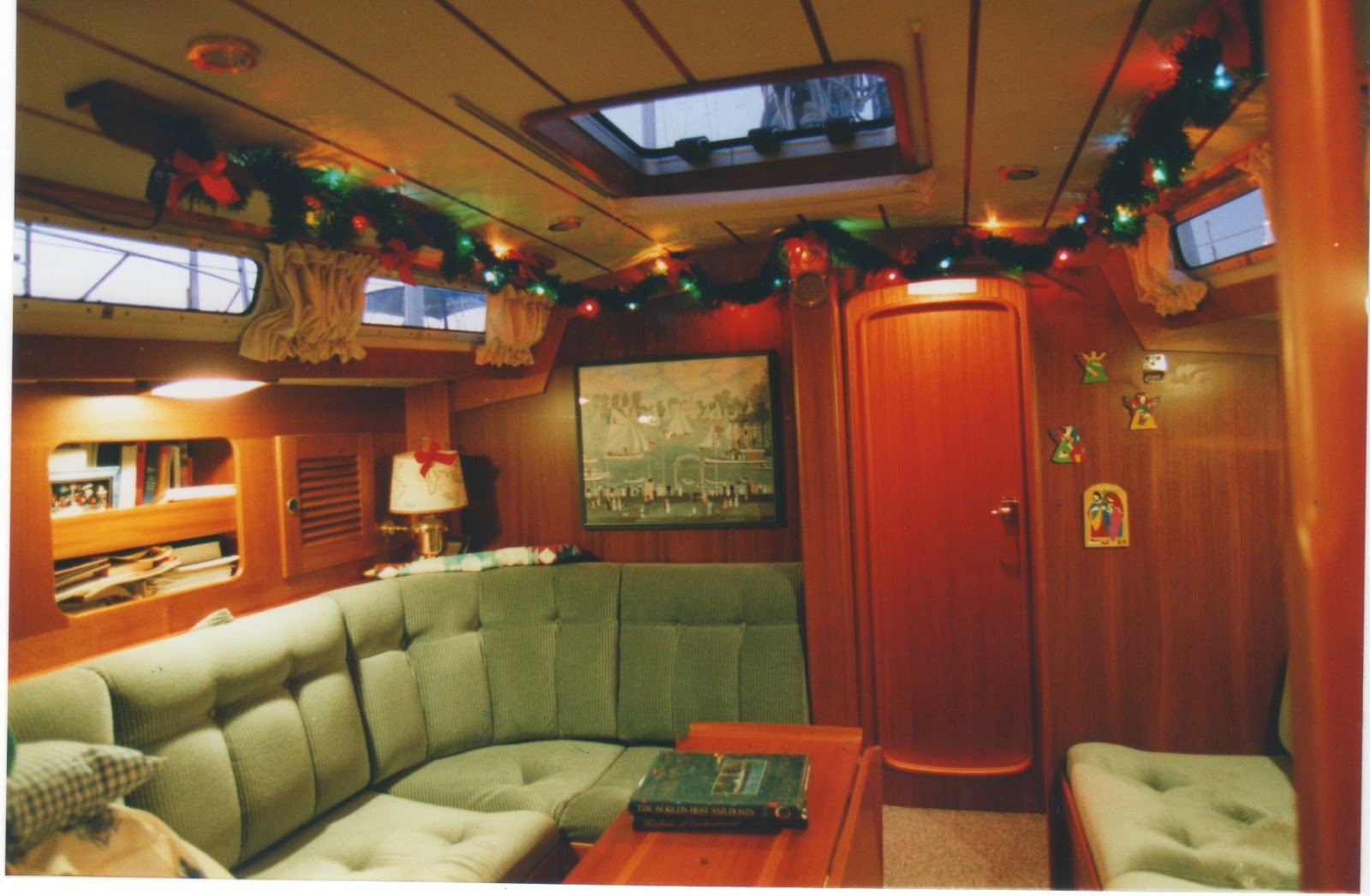 Sometime in there our friends Ron and Renee Valley flew down from Spokane and we sailed to Catalina Island. Here are more pics. 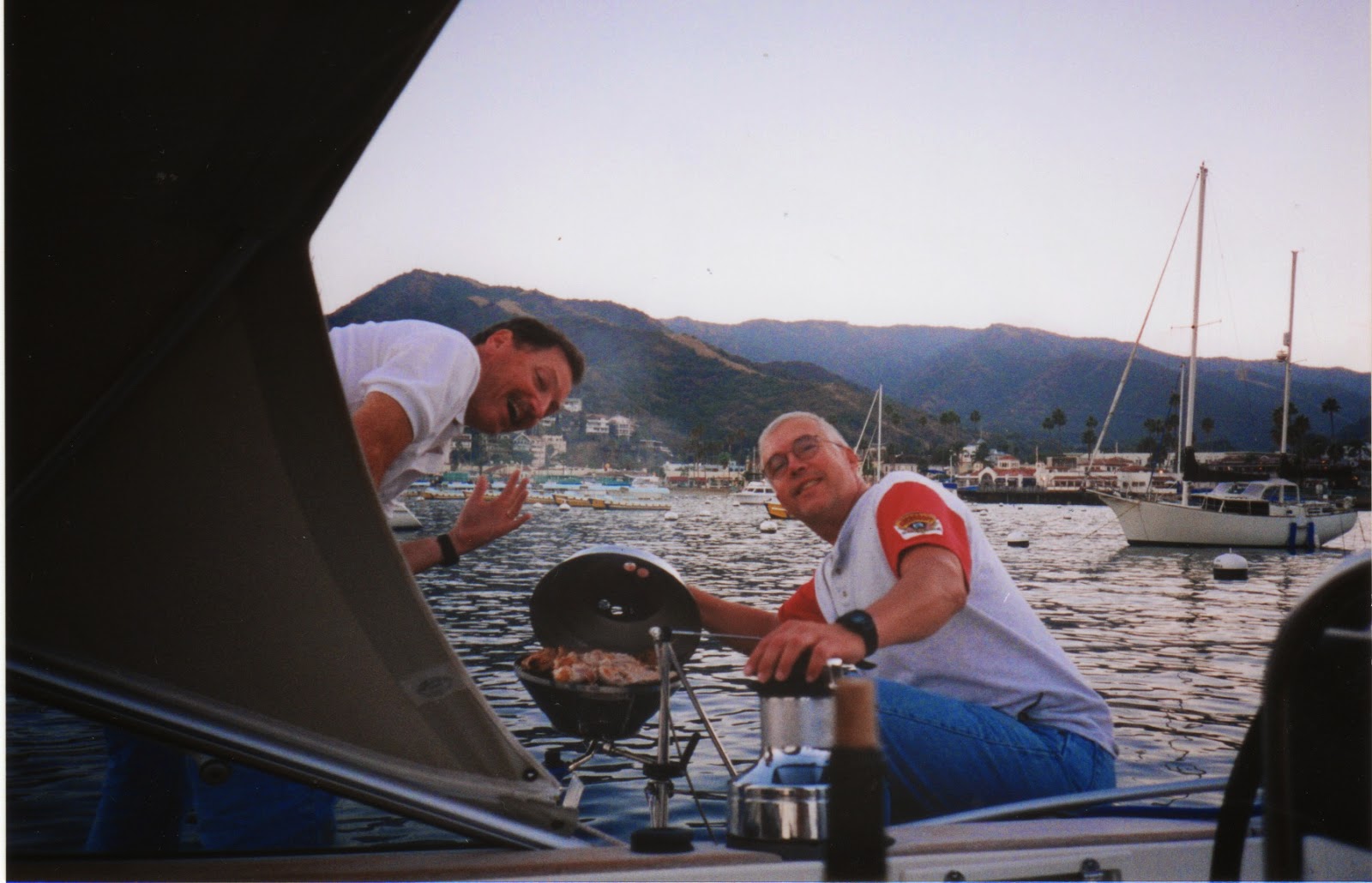 Ron and Chris off Catalina 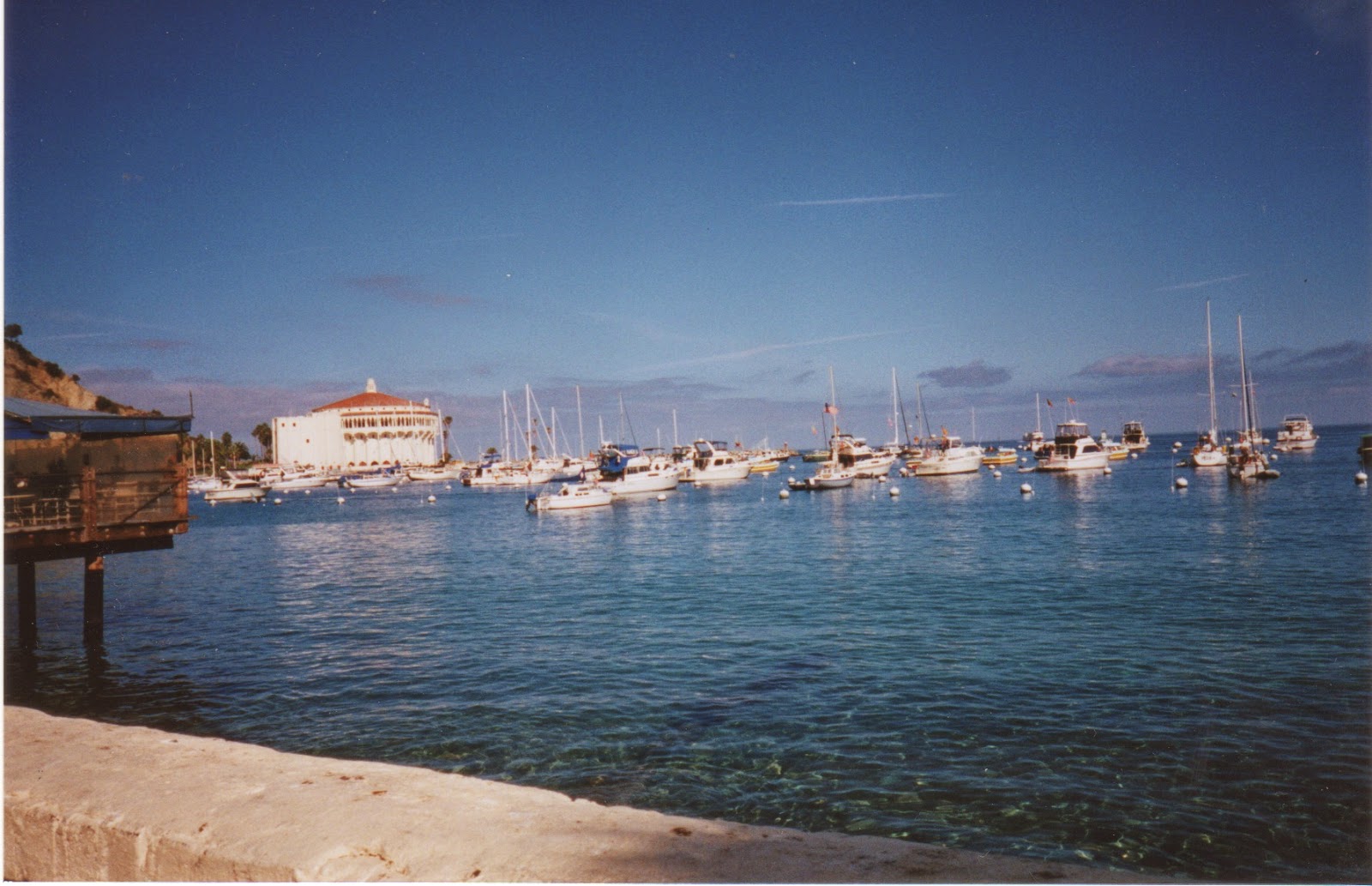 This tale is longer than I thought it would be.  Next blog will be on our passage to La Paz, Baja, Mexico.