DON'T BEAT YOURSELF UP KID 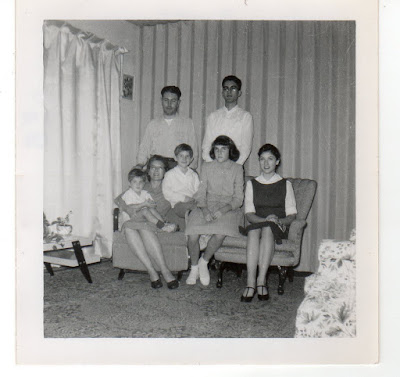 When I was fifteen I got this thing in my head that I was the only one in the family who could take care of everybody.  I felt that I had to take care of my parents, my three brothers, and my sister.  It was up to me to do something great so that I could help my family. I had no talent or abilities that were outstanding.  So this thought was overwhelming to me. I had placed on myself an impossible task.

What I didn't know at the time was that I was proud.  I thought too highly of myself.  I was taught in my family we wanted to be humble.  We believed that bragging was wrong.  Jesus said, "Blessed are the meek, for they will inherit the earth."  We wanted to be meek.  Unfortunately some of us went about it in the wrong way.  Instead of bragging we would put ourselves down.  Our family friend, Nan, said, "Don't put yourself down kid.  Everybody else will do it for you."

This led me to the conclusion that either bragging or putting your self down is actually pride-- conceit or inordinate self esteem.  When we call attention to ourselves, or are self involved, this is pointing to ourselves in a prideful way.  Instead we should look to God to help us.

Then after studying the Bible for many years God opened  I Corinthians 1: 26- 31 up to me:

26 For consider your calling, brothers: not many of you were wise according to worldly standards,[c] not many were powerful, not many were of noble birth. 27 But God chose what is foolish in the world to shame the wise; God chose what is weak in the world to shame the strong; 28 God chose what is low and despised in the world, even things that are not, to bring to nothing things that are, 29 so that no human being[d] might boast in the presence of God. 30 And because of him[e] you are in Christ Jesus, who became to us wisdom from God, righteousness and sanctification and redemption, 31 so that, as it is written, “Let the one who boasts, boast in the Lord.”

So it wasn't up to me to do something great--it was just necessary to be open to what God would have me to do.  He would use me in some way even if I had no talents.

Those who believe and trust in Jesus have self esteem because we can trust God completely to do His work in us.  We can forget about ourselves and keep our eyes on Jesus. 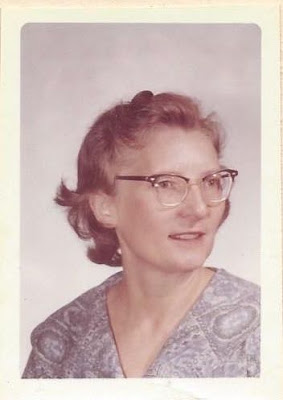 In the Christian religion we are told in God's word, the Bible, that the older women should teach the younger women.  Fortunately, I had a mom who was a Christian.  She taught me everything she knew up until I left home at 18.  Because I moved 3000 miles away from home it was too difficult to go to my mom for advice. So God put some incredible women into my life. 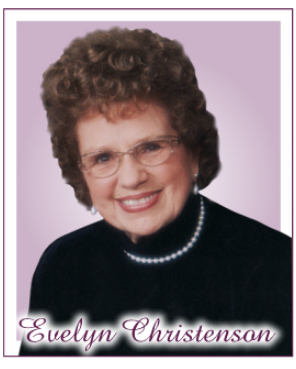 The second Christian woman who had an impact on my life was Evelyn Christenson.  She came to Spokane to lead a Sunday School teacher work shop.  She had us form groups of 3 or 4.  Then she instructed us to go around our circle and say a one sentence prayer.  I had never prayed out loud before but I did manage one sentence. 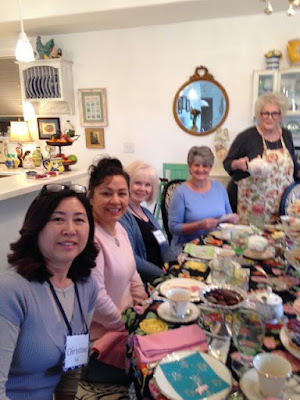 Next I joined Bible Study Fellowship and had many wonderful group leaders pour into me. I was asked every year to lead a group but I turned that opportunity down because it required a commitment of 2 days a week. Dealing with my chronic pain would make that too difficult. 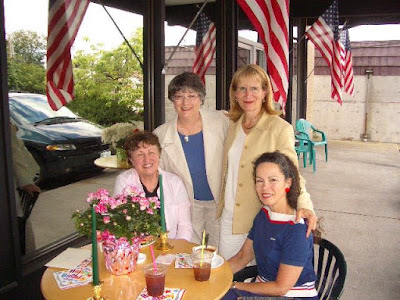 College and career Moms in Prayer

A few years later Fern Nichols started "Moms in Touch", now "Mom's in Prayer," a group who prays for their children and schools. I joined a group and I learned to pray Bible verses back to God and to pray of one accord.  One mom would pray about something on her heart and anyone else who has something put on her heart by the Holy Spirit would pray about the same subject.  My prayer life grew by leaps and bounds.

After attending a women's retreat and meeting with the speaker one on one, she recommended that I work through Myrna Alexander's book, "Behold Your God." In studying the attributes of God all problems tend to grow smaller in the light of the greatness of God. 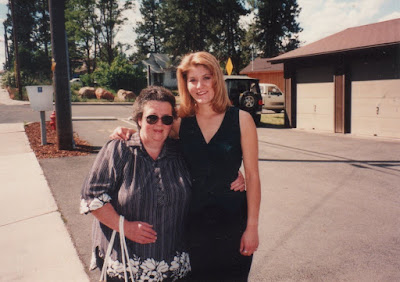 The next mentor I had was Nan.  Her husband was a close friend of my dad's.  His mother was my dad's first Sunday School teacher. Nan was about 15 years older than me.  Even though we weren't living in the same town I could call her and opine my troubles to her.  She was empathetic and a woman of prayer. 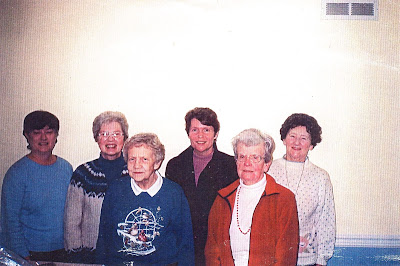 Then we moved again and began attending the church we had been members of years before.  Two of the older women had started a prayer group to pray once a week for one hour for our families, church, the government, and many other topics.  I joined and loved praying with them.  After each move to a new church I followed their example. 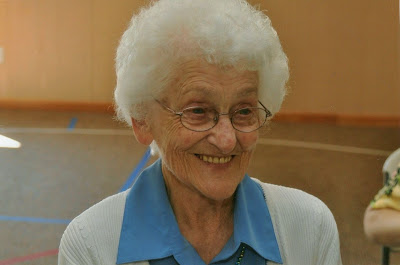 When we began attending a different church I met Kay.  She was 92 and still going strong.  I asked her if she would pray with me every week.  We prayed together for 6 years.  Kay invited me to attend Precept Bible study with her.  A move was necessary so I lost that connection.

At my new church I signed up for Precept Bible study.    The class had some of the most Spirit filled and intelligent women I have ever met in a Bible study.

But I longed for a group of ladies to pray with.  It seemed difficult to do in a big church.  It was then that I signed up to mentor a young woman who wanted to be mentored through our church's mentoring program.  God had nudged me out of the receiving group and into the giving group.  I was very nervous but I figured somehow God could take what I gummed up and make it work for good.  I committed to one hour a week which I thought I could manage and not cause my chronic pain to flare up. 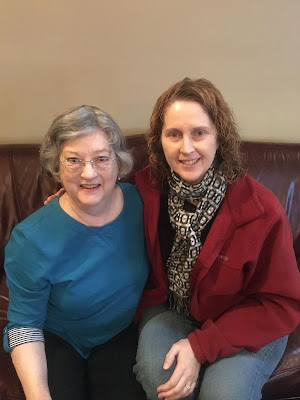 So I met Deb 6 months ago at a dessert meeting. Through all her problems she has learned the same thing that I have learned--there is no where else to go but to Jesus.  Only He has the words of life!  So after talking to Deb, and hearing her concerns, I recommended that we work through, "Behold Your God."  The process has seemed slow to me as we have only gotten through 1/2 of the book.  But looking back on all the years I have had mentors nurture me I shouldn't be impatient.  So we will keep working through the workbook and God will keep growing both of us to become the women of God He wants us to be.

Proverbs 31: 28 Her children arise and call her blessed; her husband also, and he praises her: 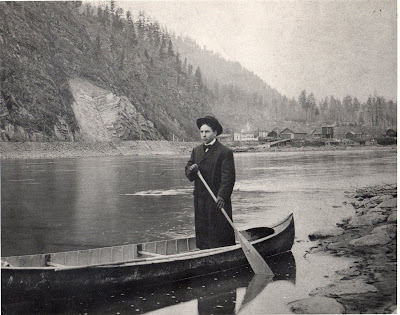 It's all the fault of my paternal grandmother that I'm an indoor sort of person.  She preferred attending movies, Canasta parties, and club meetings over hiking or camping in the great outdoors.  I believe that my mom, dad, and younger brothers enjoyed camping, through all the states in the Union. (They stayed in a hotel in Hawaii though.) My youngest brother missed out on camping in Alaska because that was before his time.  As for my older brother and sister -- I don't recall them relishing a good hike.  My sister did enjoy swimming though.

So when my son and daughter-in-law traveled to Orwell, New York and looked into the genealogy on that side of the family they discovered that my grandfather shot a bear and sent his mother a bear rug for Christmas. 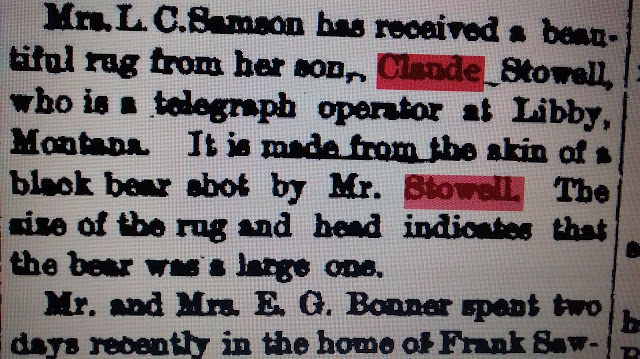 Apparently he was quite an outdoorsman.  He was also a wonderful gardener.  I didn't inherit that ability or interest at all.

I was glad to read this article which tells us that outdoors is good for the brain.

Another thing that is good for the brain is meditating on our Creator.  Isaiah 26: 3 says:

You keep him in perfect peace


whose mind is stayed on you,


because he trusts in you.


If we keep our eyes on God through prayer, Bible study, Christian fellowship, and not looking at the circumstances, we will have considerably more peace. 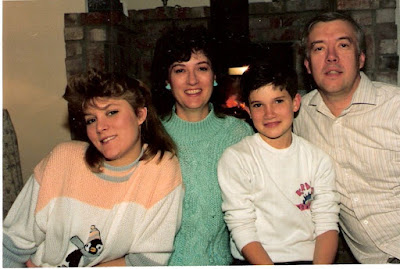 I wonder if everyone believes that they were born at an inoppertune time? I believed that my summer birthday was the worst time to be born.  My family was usually on vacation or traveling cross country to visit relatives.  I remember visiting Abraham Lincoln's home in Springfield, Ill. when I was just turning 12.  We were on our way to visit relatives in Spokane. My mom picked up a pen with a feather on the end at the gift shop and handed it to me over the back seat of the car as we sped down the highway.  At least she had acknowledged my birthday!

But when my daughter was 15, my son was 9, and my husband was working long hours I awoke the day of my birthday to see nothing going on.  No cake was being baked.  When my daughter told me she was taking her friend out to lunch at Taco Time I objected.  "It's my birthday," I said.  It made no difference to her.  She left.  My son was playing with legos and didn't notice anything was amiss.

As a result I was feeling sorry for my self.  I pulled down the shades and crashed on the couch.  When my daughter came home she was shocked to see me in this condition as I was usually busy most days.

When my husband arrived home from work he was amazed that there was no dinner ready.  I said, "It's my birthday and I'm waiting for my cake." He went into the kitchen and baked me a cake!

From then on my daughter always made sure I had a cake for my birthday.  Years later, when we were living on our boat in Roch Harbor in the San Juan Islands, she drove up and baked me a cake on the boat.  My husband had them announce over the loudspeaker during the evening announcements that I was turning 29 on the 29th. ( I have instructed my family that I turn 29 on the 29th every year.)

These feelings are nothing compared to what Jesus suffered when He was betrayed by Judas and abandoned by all the disciples, even Peter.  But God had a marvelous plan.  I remind my self about this when I'm feeling abandoned and betrayed.  One verse I cling to is Psalm 37:8-9--

Fret not yourself; it tends only to evil.
9 For the evildoers shall be cut off,
but those who wait for the Lord shall inherit the land.


If I continue to live steadfastly before the Lord some day He will make everything beautiful!
Posted by Flyaway at 4:26 PM No comments: