HALLOWEEN-- WHAT IS IT? 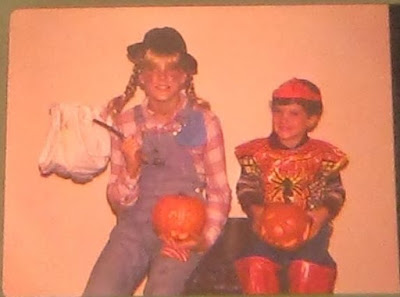 Halloween began as a pagan ritual performed by the Celts 2000 years ago.  The Catholic church created All Saints' Day to be celebrated on November 1. It was formally started by Pope Boniface IV, who consecrated the Pantheon at Rome to the Virgin Mary and all the Martyrs on May 13 in 609 AD. The two celebrations of the Celts and the Catholics became entwined.  In the United States in the 1930's unruly kids would turn outhouses upside down and vandalize.   Communities encouraged children to go house to house and receive candy in exchange for leaving their property alone.  The day has now evolved into Harvest Festivals held at various churches and schools.

Other celebrations for the day include Reformation Day--Luther is said to have posted the 95 Theses on the door of the Castle Church in Wittenberg, Germany, on October 31, 1517. Another possibility for the day, one blogger believes, is that October 31 should be "Bible Appreciation Day."  Click here.

I don't recall Halloween being an important holiday in our family.  The only Halloween I remember was my 4th and 5th grade years. My choice of costume was Peter Pan.

In college 2 friends and I decided to trick or treat.  Here is part of a letter I wrote home:

When our son was in 5th grade his dad insisted that trick-or-treating was really extortion. Jes's choice was to never trick or treat again.   My granddaughters enjoy dressing up in costume.  Here are some pictures: 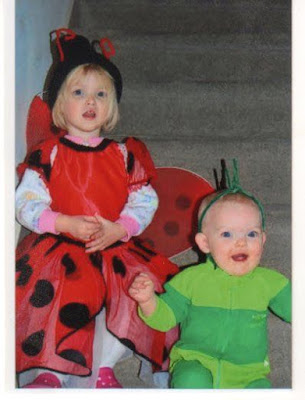 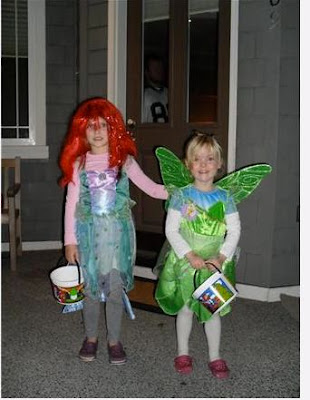 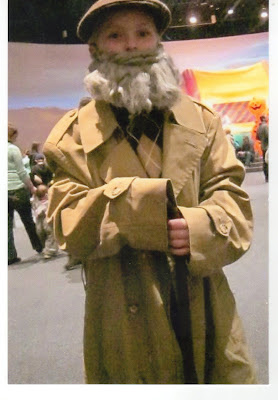 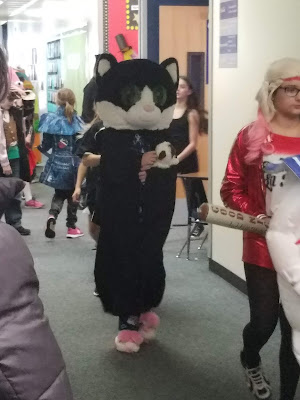 What are your thoughts on Halloween?  Do you have any memories you could share?

Posted by Flyaway at 3:31 PM No comments: 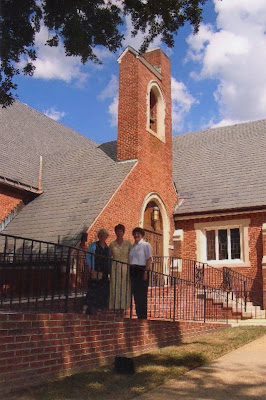 Calvary Presbyterian Church Alexandria, VA
2005
Many years ago, to become a member of our Presbyterian church, we attended confirmation classes.  The classes involved memorizing the Westminster Shorter Catechism. The two questions and answers I managed to memorize have come back to me from time to time.  They grounded me and focused me on what is important in life.  I ran across this blog from Ray Ortlund today.  He relates a similar story to mine from Selected Shorter Writings of Benjamin B. Warfield (Phillipsburg, 1970). Click here to read.

In my sorting I found pages taken from different Calvary publications picturing and noting the work in which the people of the church were involved.  I have also included a letter from Mrs. Treadwell exclaiming how easy it was to have my dad visit them because of his laid back personality. 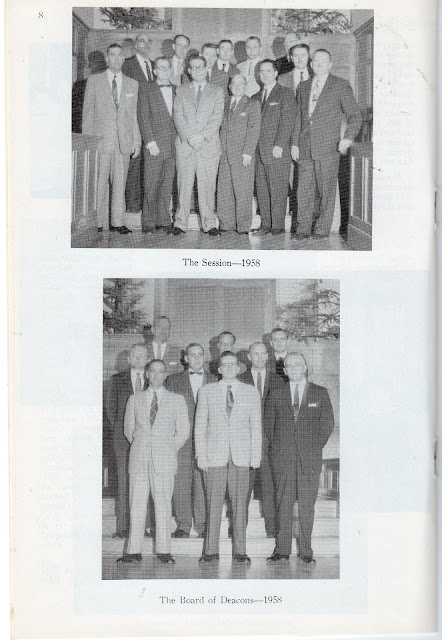 Dave is in the top picture of The Session.  He's in the second row. 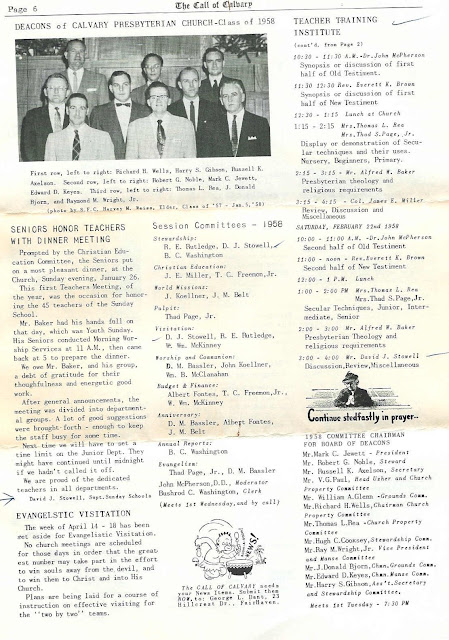 Dave was involved with at least four different committees

Letter from the friend of the family: 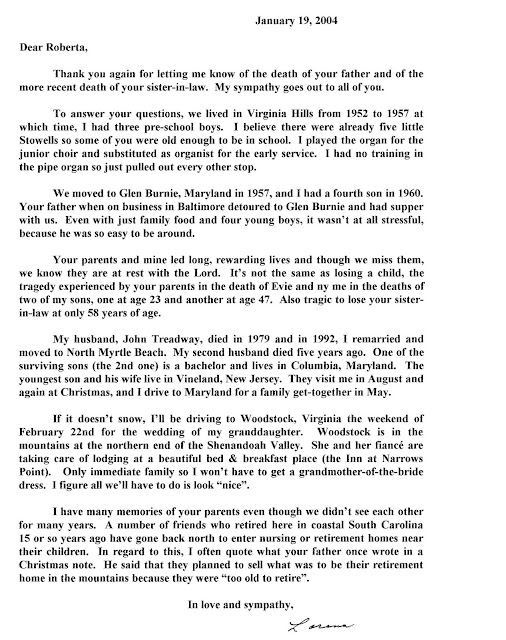 Posted by Flyaway at 3:41 PM No comments:

A METEOROLOGIST GOES TO WAR 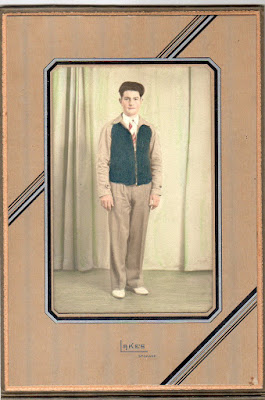 After high school at North Central Dave receives a BS degree from the University of Washington. He would be employed  in Pullman.  See the letter below. 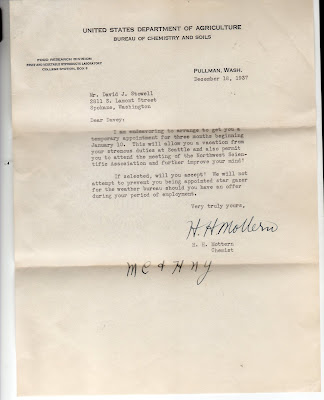 His military service would be served simultaneously. 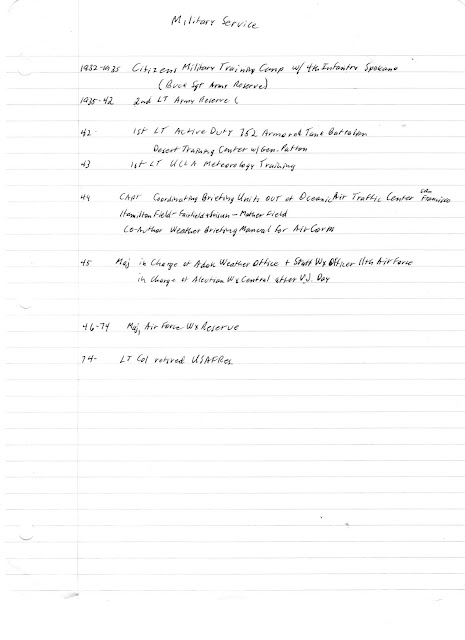 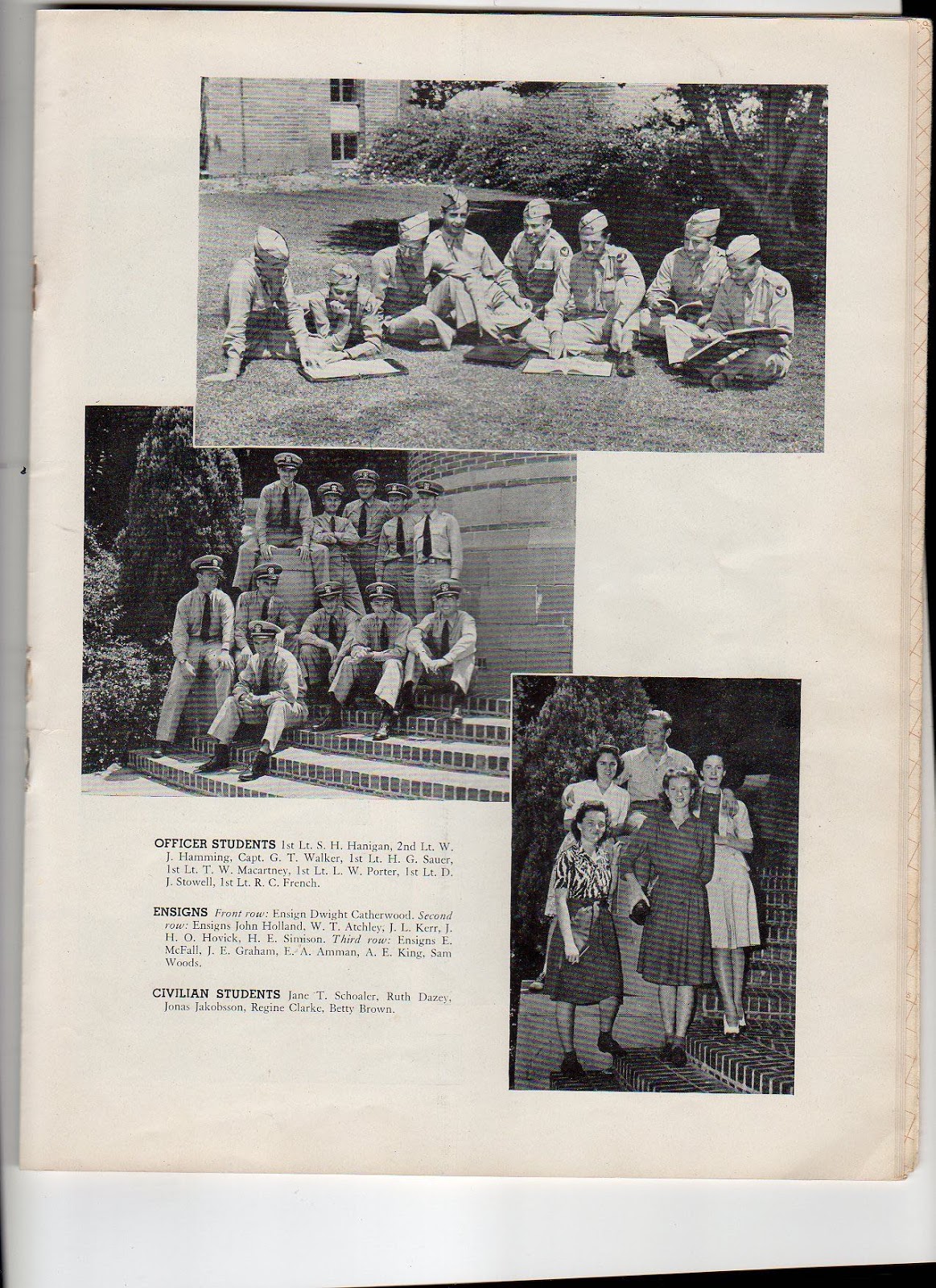 He would marry Grace in 1939.  They would live in Spokane while he worked at Felts field.
An article appears in the Spokesman Review. 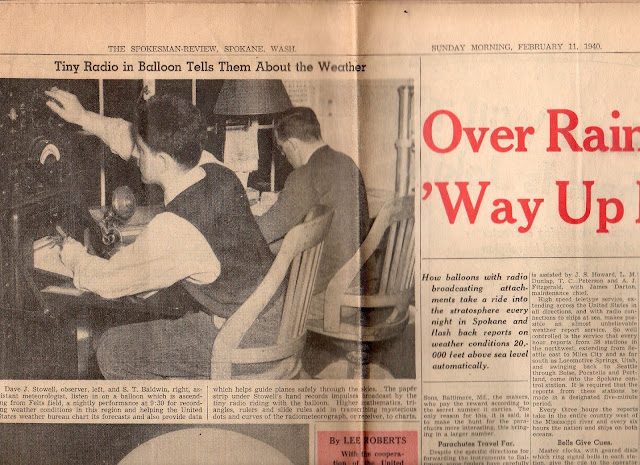 Dave and Grace would have their first child in 1940. 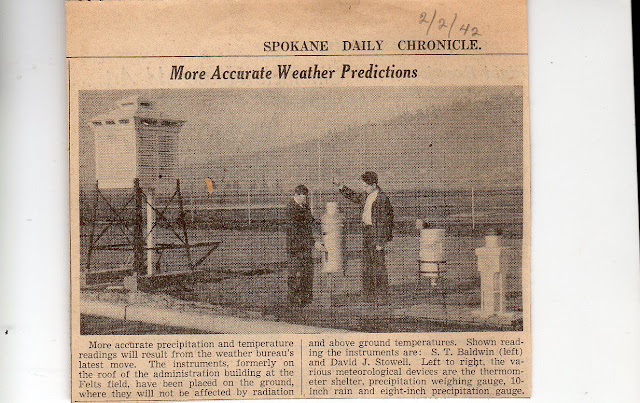 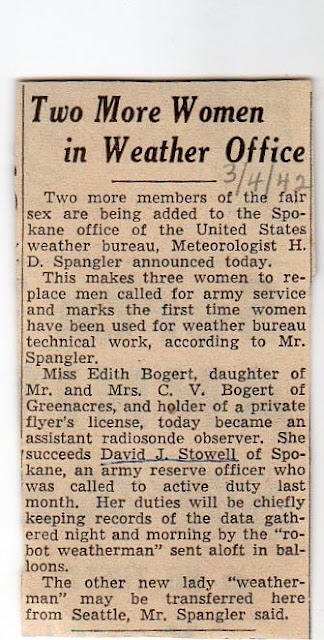 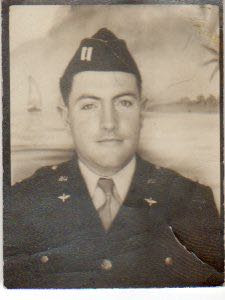 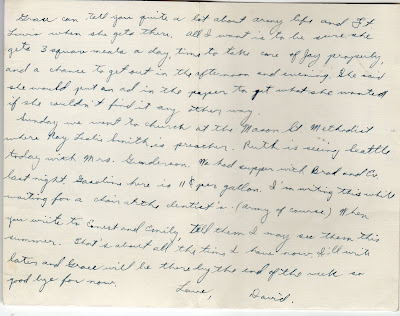 Dave and Grace would be stationed at Ft. Lewis for training. He would write the above letter to his parents.
They would be stationed in California where their second child would be born. Next would be Alaska while Grace and the two children live in Spokane. 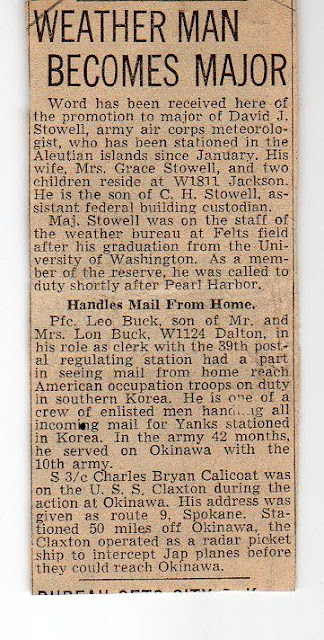 Next step would be California.  I'm not sure what the transition was from Spokane to California where their third child would be born in 1947.

If I find any more letters or articles I will add them later.
Posted by Flyaway at 5:01 PM No comments:

THEY CALMLY SANG ON 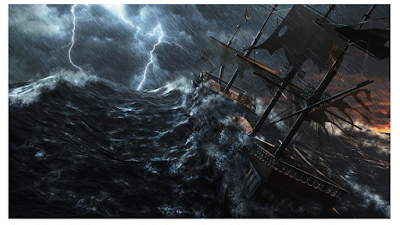 I saw this on Ray Ortlund's blog today:

John Wesley finally saw how little he knew of Jesus in the middle of the Atlantic, on board the Simmonds, when a storm suddenly broke out.  A group of Moravian missionaries happened to be having a worship service on deck at the time.  Wesley records that, when the storm became intense, “a terrible screaming began among the English.”  But “the Germans looked up, and without intermission calmly sang on.  I asked one of them afterwards, ‘Were you not afraid?’  He answered, ‘I thank God, no.’  I asked, ‘But were not your women and children afraid?’  He replied mildly, ‘No; our women and children are not afraid to die.'”  Wesley then knew that something was missing from his life.  He found it in Christ.  He found all he needed to face life and death in Christ alone.

As we are buffeted by the political storms hammering our nation, may we who believe in Jesus not yield to hysteria.  May we calmly sing on, because we have in Him a hope that nothing in this world can destroy.  Our serenity will make an eternal difference to others.

The Wesley episode narrated in A. Skevington Wood, The Inextinguishable Blaze: Spiritual Renewal and Advance in the Eighteenth Century (Grand Rapids, 1968), pages 105-106.
Posted by Flyaway at 3:11 PM No comments: