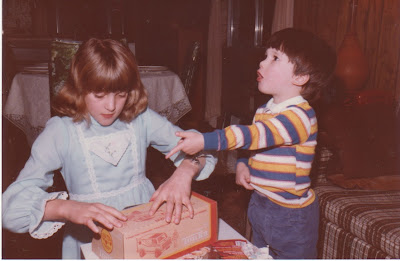 Sometimes is is good to be angry.  For instance the Psalmist declares:  My eyes shed streams of tears,because people do not keep your law. Psalm 119:136.  Lot is spoken of In II Peter 2:8 (for as that righteous man lived among them day after day, he was tormenting his righteous soul over their lawless deeds that he saw and heard);

But God will take care of the wickedness as stated in Isaiah 28:17 "And I will make justice the line, and righteousness the plumb line; and hail will sweep away the refuge of lies, and waters will overwhelm the shelter.”  And again in Romans 13:3-4  For rulers are not a terror to good conduct, but to bad. Would you have no fear of the one who is in authority? Then do what is good, and you will receive his approval, 4 for he is God's servant for your good. But if you do wrong, be afraid, for he does not bear the sword in vain. For he is the servant of God, an avenger who carries out God's wrath on the wrongdoer.

So when we are righteously angry we must speak up--  first to God, and then to those in authority.  Little brother must speak up when big sister commandeers his birthday present.

But what if our anger is unrighteous?  Everyone, except Jesus, has been angry because of their own selfish interests.  Cousin Alf couldn't believe that our friend Ralph had ever been rebellious.  He was such a pleasant and kind man.  But his wife, Nan, explained that all have sinned and fallen short of the glory of God.  So even if we have never been aware of any failing by Ralph we know that at some point in his life he had missed the mark of perfection.  Only Jesus lived the perfect life.

In God's word we learn that we will become angry but we are to not sin.  How are we supposed to do this?  My daughter's small church group studied a book about leadership.  In one chapter all emotions were listed.  She found the emotion of "annoyed" was related to anger.  Getting in touch with our emotion of anger could give us a clue.  Why are we angry?  Is it because we have been resisted, inconvenienced, worried, fearful, proud, etc.?

Or are we angry because God's laws are not obeyed.  Jesus had zeal for the "House of the Lord." When He saw that the money changers had turned God's house into a den of thieves He was angry --  but self controlled.  He prepared a cord and proceeded to drive out the wicked.

Another time when the Jews would not believe that He was the Christ He said in John 8:44 -- "You are of your father the devil, and your will is to do your father's desires. He was a murderer from the beginning, and does not stand in the truth, because there is no truth in him. When he lies, he speaks out of his own character, for he is a liar and the father of lies."

When we are angry let us ask ourselves these questions-- Is this spreading the gospel and making disciples?  Will our attitude somehow build the Kingdom of God?
Ephesians 4:26  Be angry and do not sin;