SIN-- HOW SHOULD CHRISTIANS CONFRONT IT? 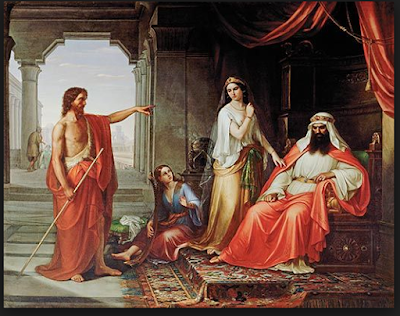 Should the Church speak out against sin?  I believe yes.  We need to tell the truth in love to our society whether someone is a Christian or not. John the Baptist had no qualms about criticizing Herod and his wife for their immoral acts, (Luke3:19-20). We should follow his example.

Both the Church and State are under God.  When the State refuses to protect life, and moral sexual relations, the Church must speak out.  Thus, to me, I would hope that the Church, and more importantly pastors, would differentiate between those things that are sin and those things that God allows.

Divorce is NOT a sin, but God hates it.  He allowed it because of the hardness of men’s hearts.  Adultery, stealing, lying, greed, being drunk, slander, dishonoring parents, not keeping the Sabbath, and blasphemy are all sins. Murder is a sin and abortion is murder. Homosexual relations are also sin.  Heterosexual sex outside of marriage is sin.  Years ago everyone knew these actions were sin.  Now there are many who know that these things in their hearts are sin, but have deceived themselves, or refuse to obey God.

Other concerns that I believe the Church should speak out on are communism and the Islam religion.

Richard Wurmbrand was tortured and imprisoned for preaching the gospel in Romania when it was under communist rule.  Here is what he said about preaching.

“I have decided to denounce communism, though I love Communists. I don’t find it to be right to preach the gospel without denouncing communism.”

James McConnell a pastor in Belfast, Northern Ireland, was brought to court for saying this in a sermon--

“Islam’s ideas about God, about humanity, about salvation are vastly different from the teaching of the Holy Scriptures. Islam is heathen. Islam is satanic. Islam is a doctrine spawned in hell.”

McConnell was acquitted on the charges. See here.

If the Church is to have any impact on society we need to “go local” as Trevin Wax proposed in his blog see here.  He says,

“If “going local” is the way forward for social conservatives, local churches will have a glorious opportunity to stand out from the world.”

The Church needs to stand out by telling the truth about sin in order to change our society for the better.

And Christians must confront sin in their own lives.  Here is a blog by Joh Piper which talks about seeking purity for the Christian.