LAW SCHOOL: WHAT LAW ARE WE UNDER

If you are interested in why Christians obey some laws in the Old Testament and not others read this: 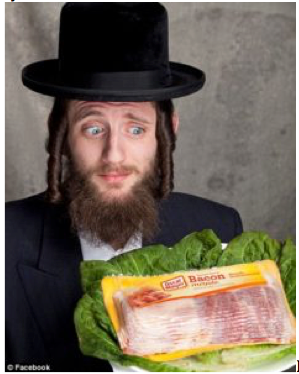 Before I travel to a new country I investigate if there are any peculiar laws I need to observe. Luckily I have never had to verify any of these for myself – but they are on the internet so they must be true, right?

In Thailand it is illegal to leave your house without wearing any underwear. In Israel it is illegal to bring bears to the beach. Ireland has prohibited its citizens from pretending to perform any type of witchcraft, enchantment, or occultic practices. It’s not against the law to actually perform them, just to pretend to perform them.

In Canada you may not pay for an item that costs 50c using only 1c coins, you may not water your garden if it is raining, and citizens may not remove bandages in public.
The local law in Chelsea, UK prohibits impersonating an elderly person. (That’s not preventing rude youth from mocking old people, it’s because pensioners are entitled to a housing subsidy, so pretending to be one is considered fraud.)