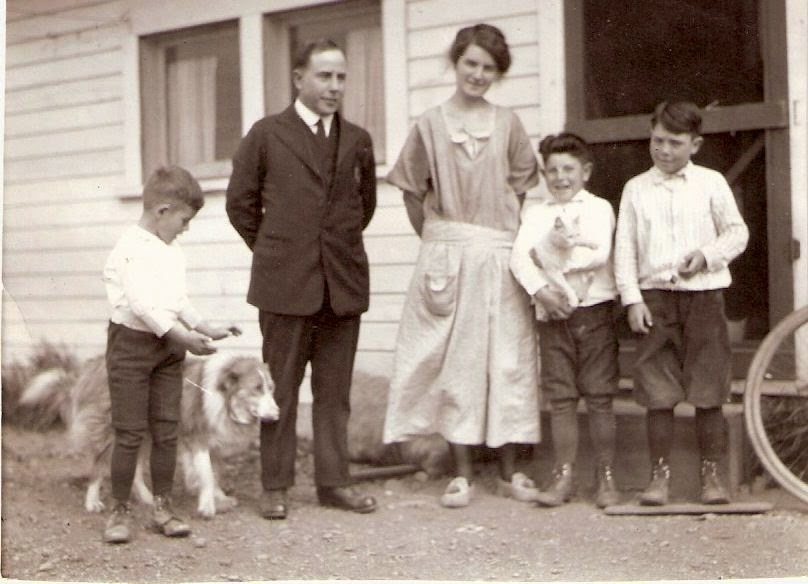 Grandma and Grandpa Stowell with Uncle Ernest, my dad, and Uncle Hollis.  They saved letters and pictures to pass down.


In our Precepts study this fall we are studying Micah.  In Micah 2:11 it says,  "If a man walking after wind and falsehood had told lies and said, 'I will speak out to you concerning wine and liquor,' He would be spokesman to this people.”

I thought this was a curious statement.  I looked in my study Bible to see what the commentary said.  This is the meaning—Anyone who promised great affluence would gain a hearing.  In other words if prophet or pastor insisted that everything was going well and that in everything people would be rich and successful, that person would have a large audience.  People like to be told they are doing everything right and do not have to consult God.

The latest falsehood that we are being told is that Christopher Columbus committed genocide when he discovered the New World.  Click here.  Some people are trying to change Columbus Day to a day to honor the Western Indians.  Columbus is being downgraded, I feel, because he saw his accomplishments primarily in the light of spreading the Christian religion. So actually all of these changes being made are being made to take God out of our country.

Here is one example of the progressive secularists trying to demean those who have stood for Judea/Christian values. The new curriculum to teach AP History to high school students has completely removed any reference to any good thing the United States did in light of our Judeo/Christian values.  Click Here for the story.

Edmund Burke once said, “Those who don't know history are doomed to repeat it.”

But if history is being rewritten how are we supposed to know the truth?

Here is what I think.  Reading the letters from past years would be a way.  I’ve been reading letters that my grandmother Stowell, and my mom, saved over the years.  Some go as far back as 1916. In a letter written in 1916 to my grandpa Stowell in Spokane, WA. his sister, Grace, wrote about planting her garden in Orwell, New York where she lived.

The letters most interesting to me were the ones written to my dad by his dad when he was in college. Grandpa mentored his boys by giving suggestions about their future.  He didn’t insist that they do it his way though.  He encouraged them to do what they thought best. He signed them “With lots of love from your dad.”

Another way to learn about history is to read autobiographies.  To hear about the past through the eyes of the author is like having a close up view of events.

Another way to teach the truth about our history is for senior citizens to write the stories of their lives.  This would record for the next generations what really happened.  My children have encouraged me to write this blog.  It is their way to save time, I think, as they can speed-read through when they have time.