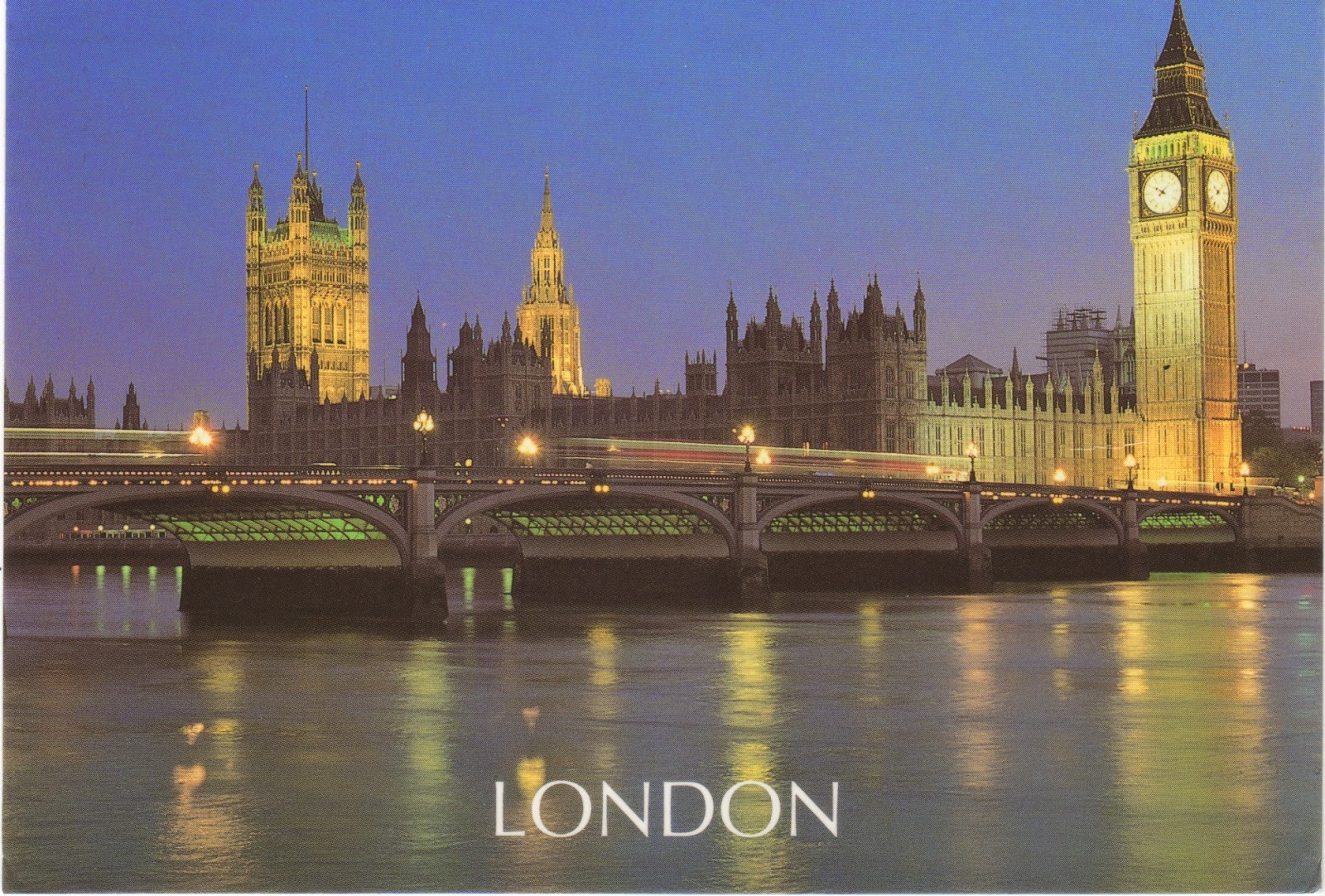 When I was in high school I had planned to travel to Norway some day.  But with college, marriage, working, children, difficult relationships, and coming down with fibromyalgia, I had put any thought of traveling out of my mind.   But God surprised me and made a way for me to see the world. Back in 1992, when Chris and I had been married for 27 years, Chris happened to be hired for a job where he was required to travel frequently. He was able to keep his frequent flyer miles and accumulated a great number.  When he was going to travel to London, Ireland, Paris, and maybe Rome for one trip, he invited me to accompany him with a free airline ticket.  We planned to travel business class, but when we arrived at the airport we were upgraded to first class.  This meant that we would be served something like a seven course meal. We were supplied with a personal cosmetic kit, which included slippers, eyeshade, socks, toothbrush, toothpaste, skincare products, etc. After a sleepless night spent savoring delicious sustenance, our first stop was London. 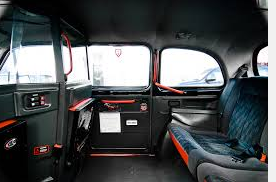 
After arriving at Heathrow we were whisked to our destination in a black cab.  See the interior above.
We checked into our comfortable accommodations in Queensgate.  When we set out to find a restaurant where they served “British” cooking we could only find food from other countries-- like African, Middle Eastern, Thai, or cuisine from India. We settled on consuming a sandwich at a pub. 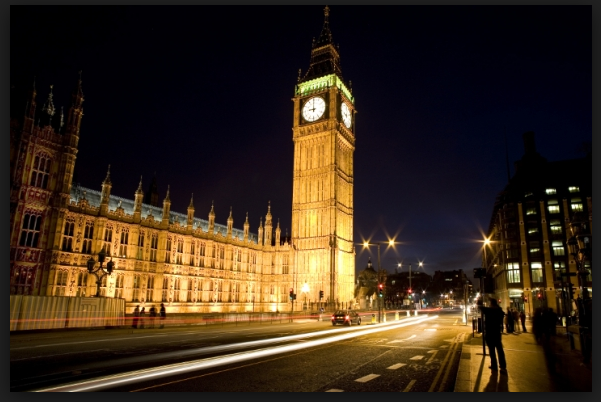 That evening we took the underground to see Big Ben.  We walked along the Thames.  The temperature was perfect.  It was a peaceful respite except for the traffic rushing up and down the street. The next day we signed up for a tour of London.  Since walking caused me more pain we thought riding would be less painful for me.  The main event, I think was seeing the Tower of London, and observing the changing of the guard at the palace. 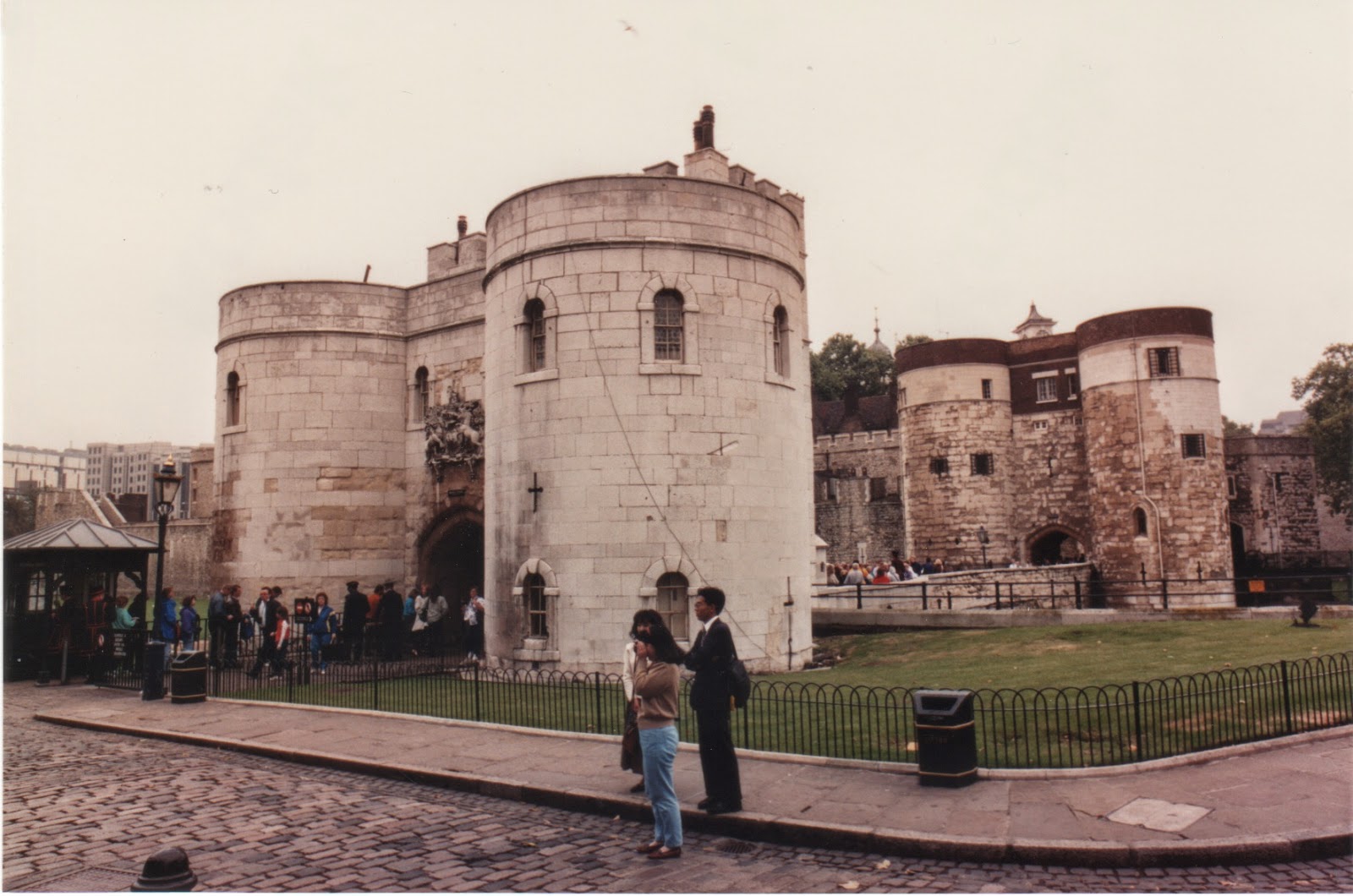 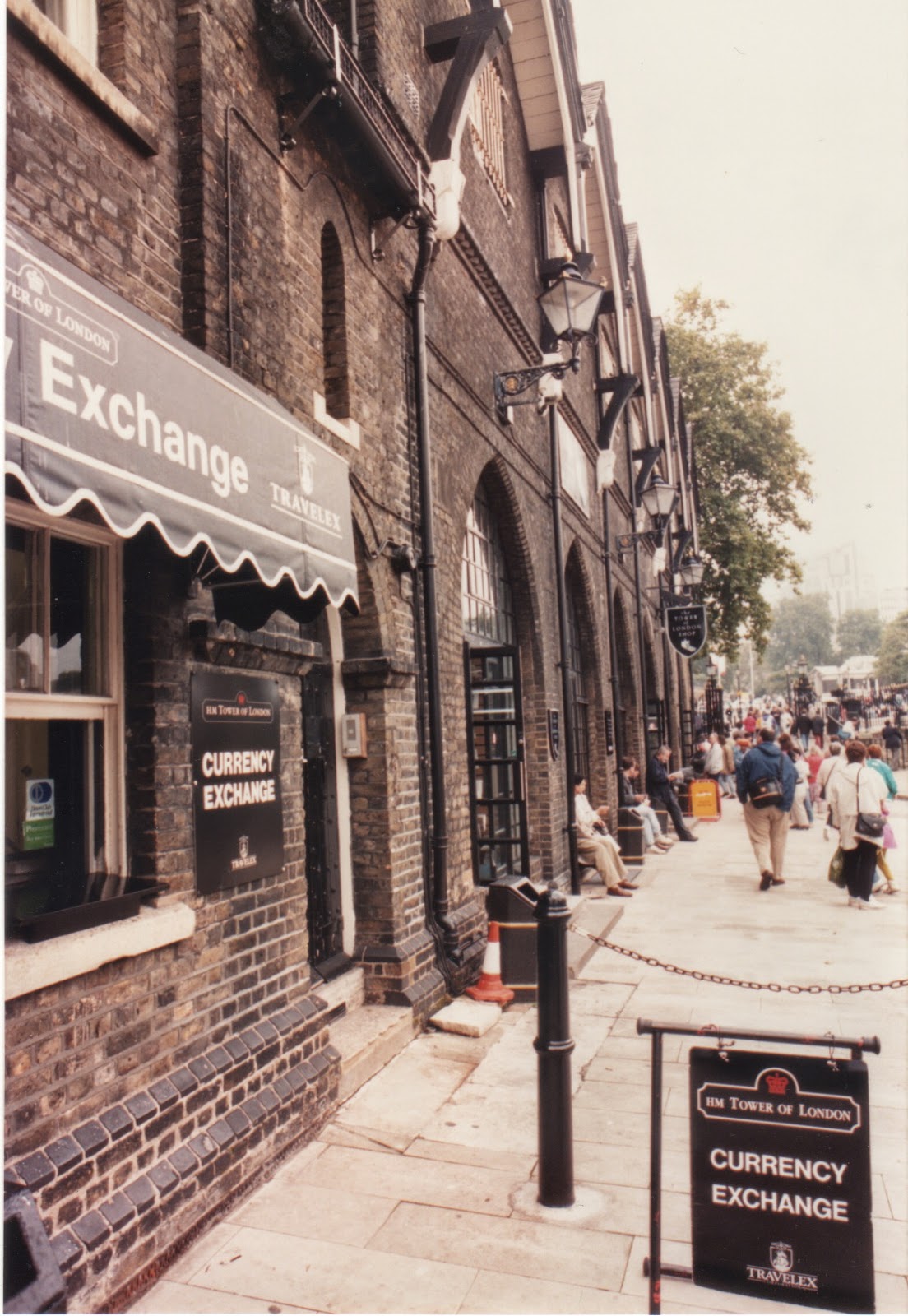 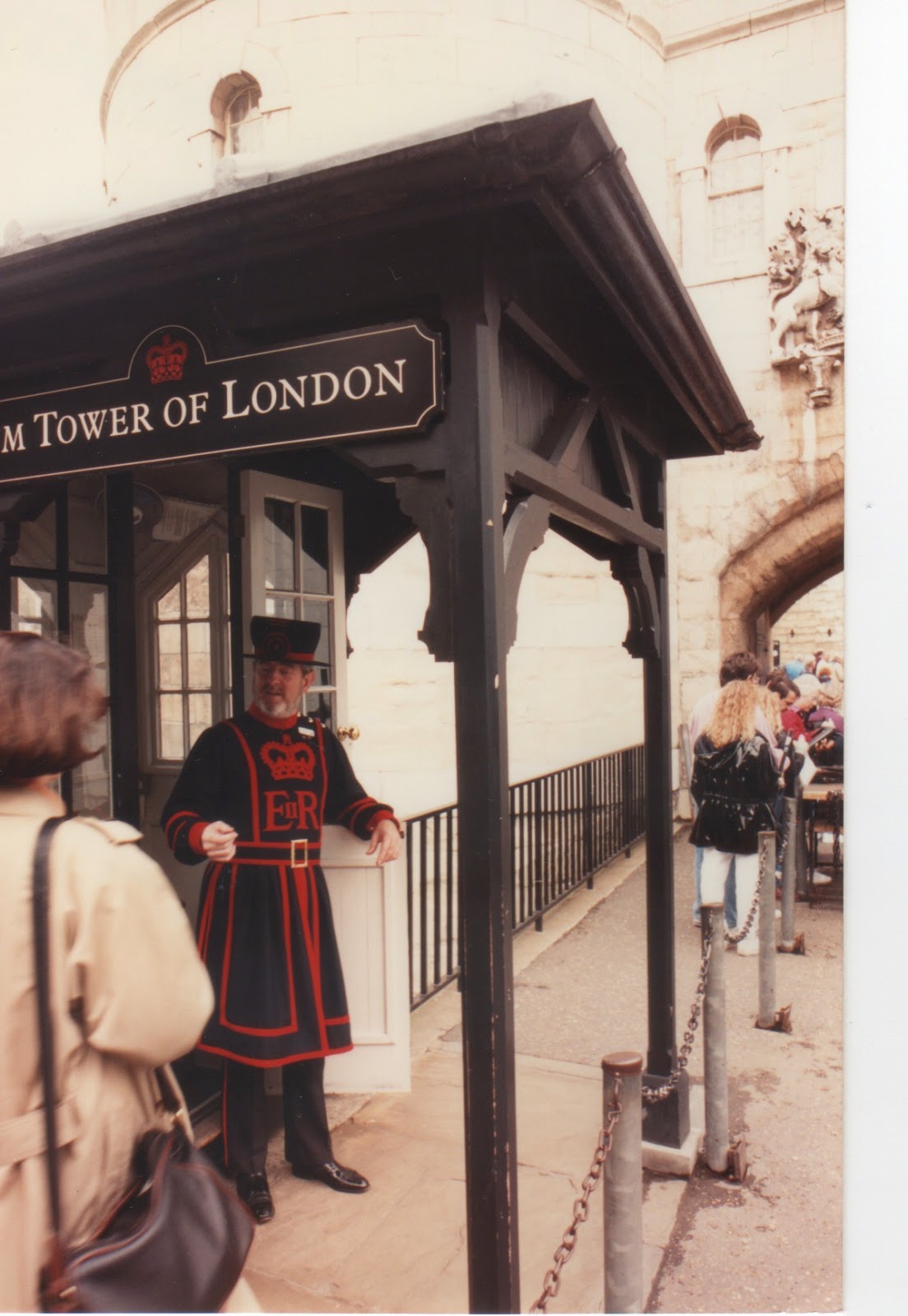 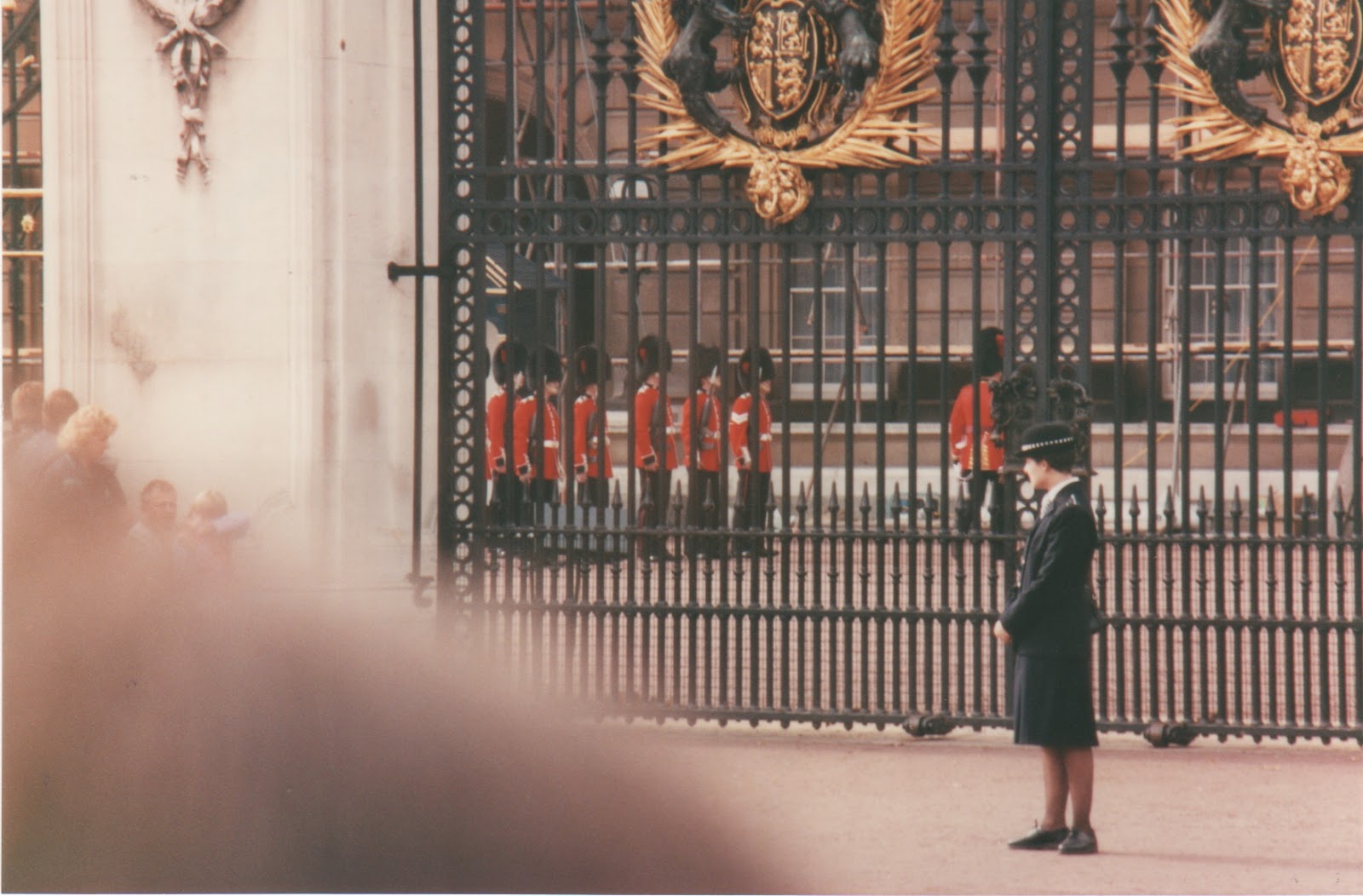 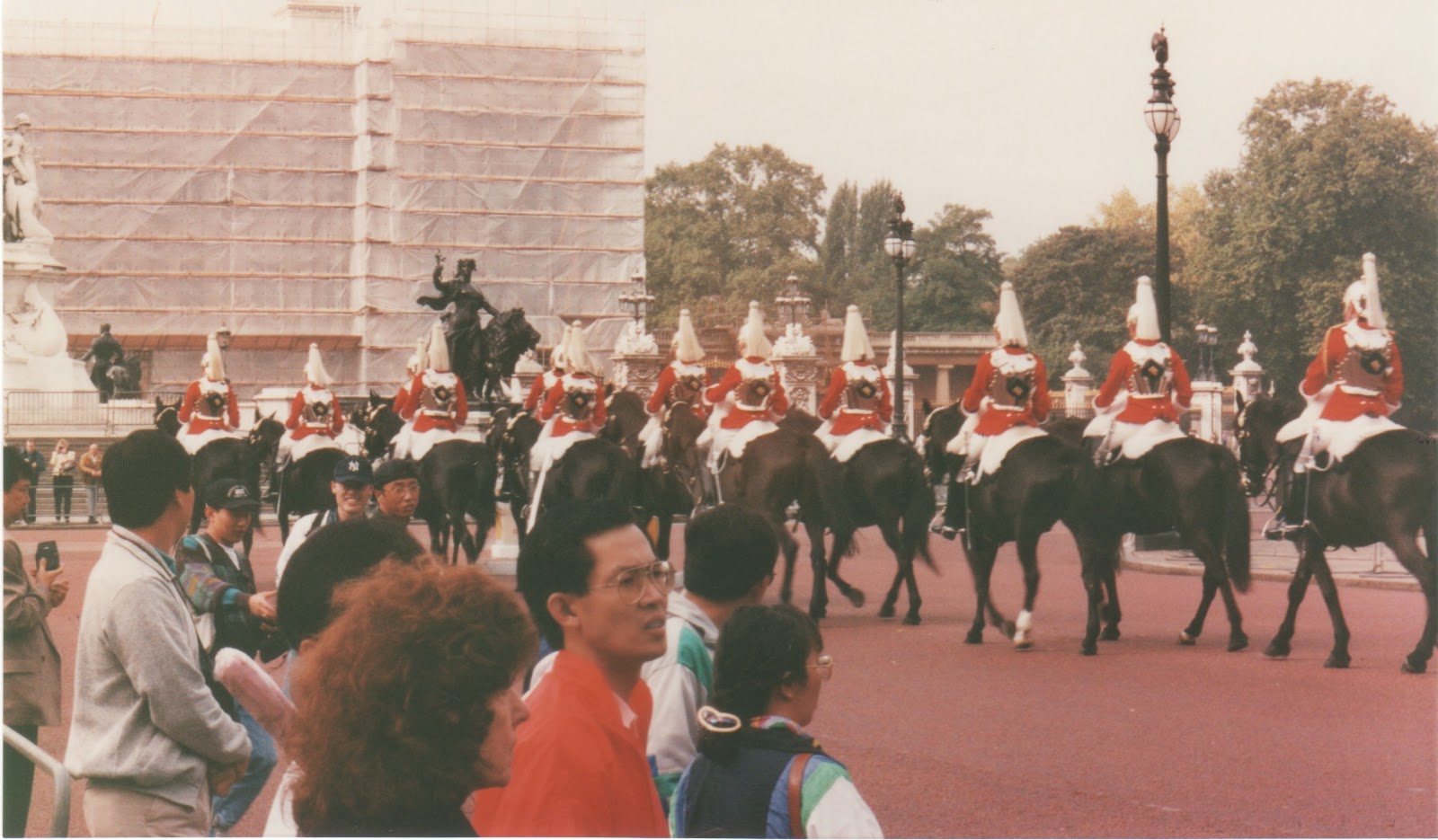 That night we attended a lovely meal and theatre presentation. 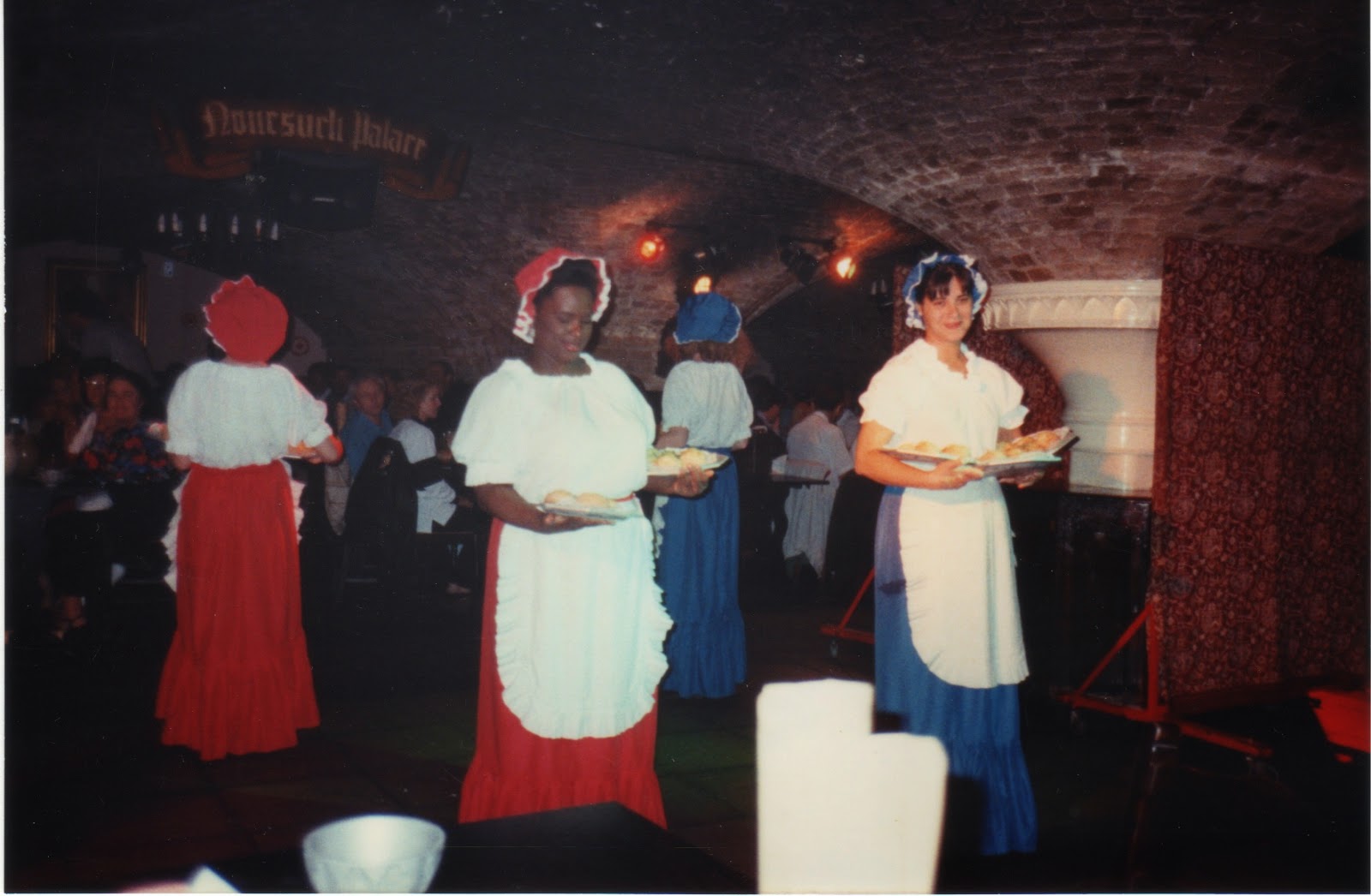 When Jes, accompanied us in our 1995 trip we rode the underground in London and took the Chunnel to Paris. 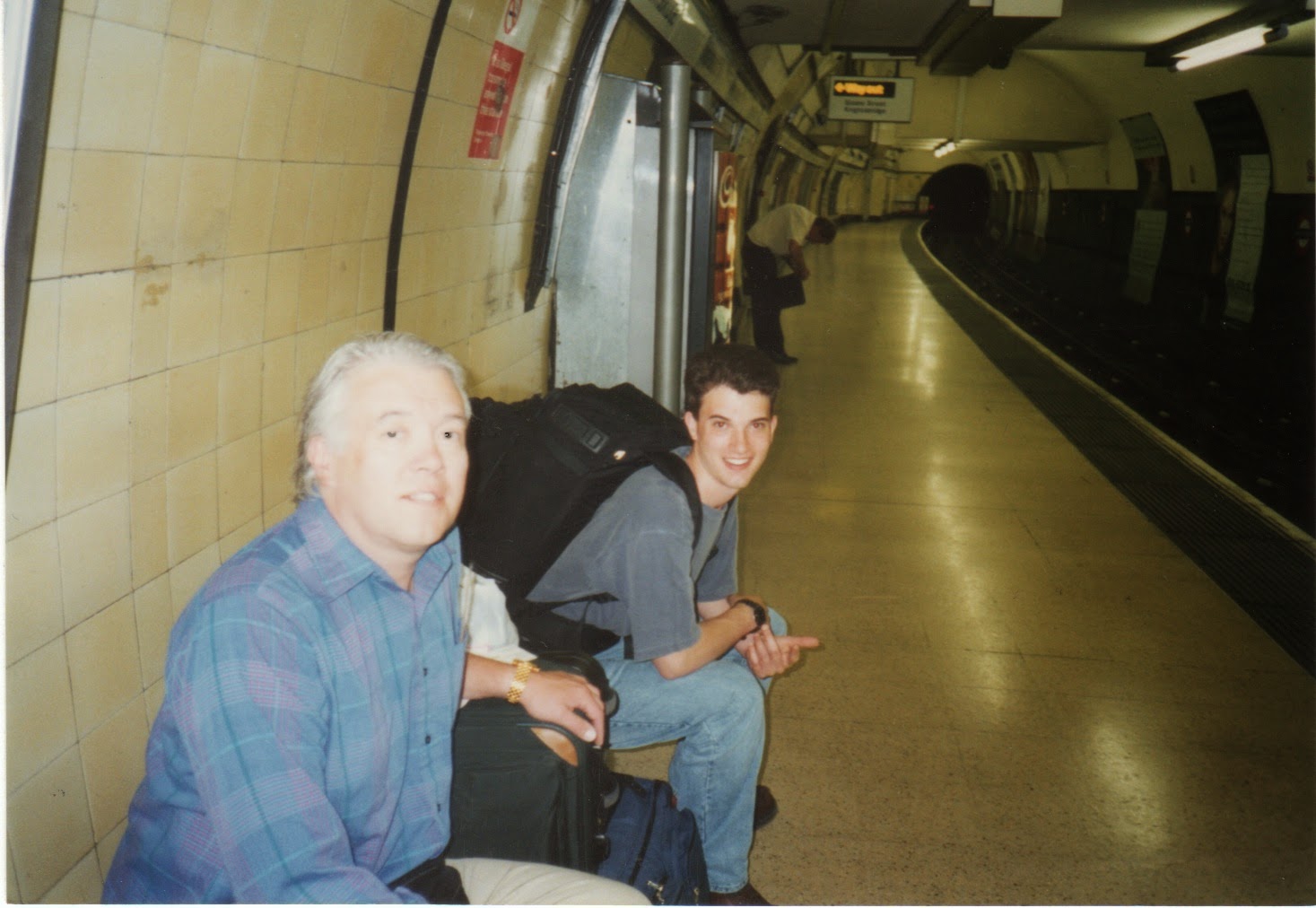 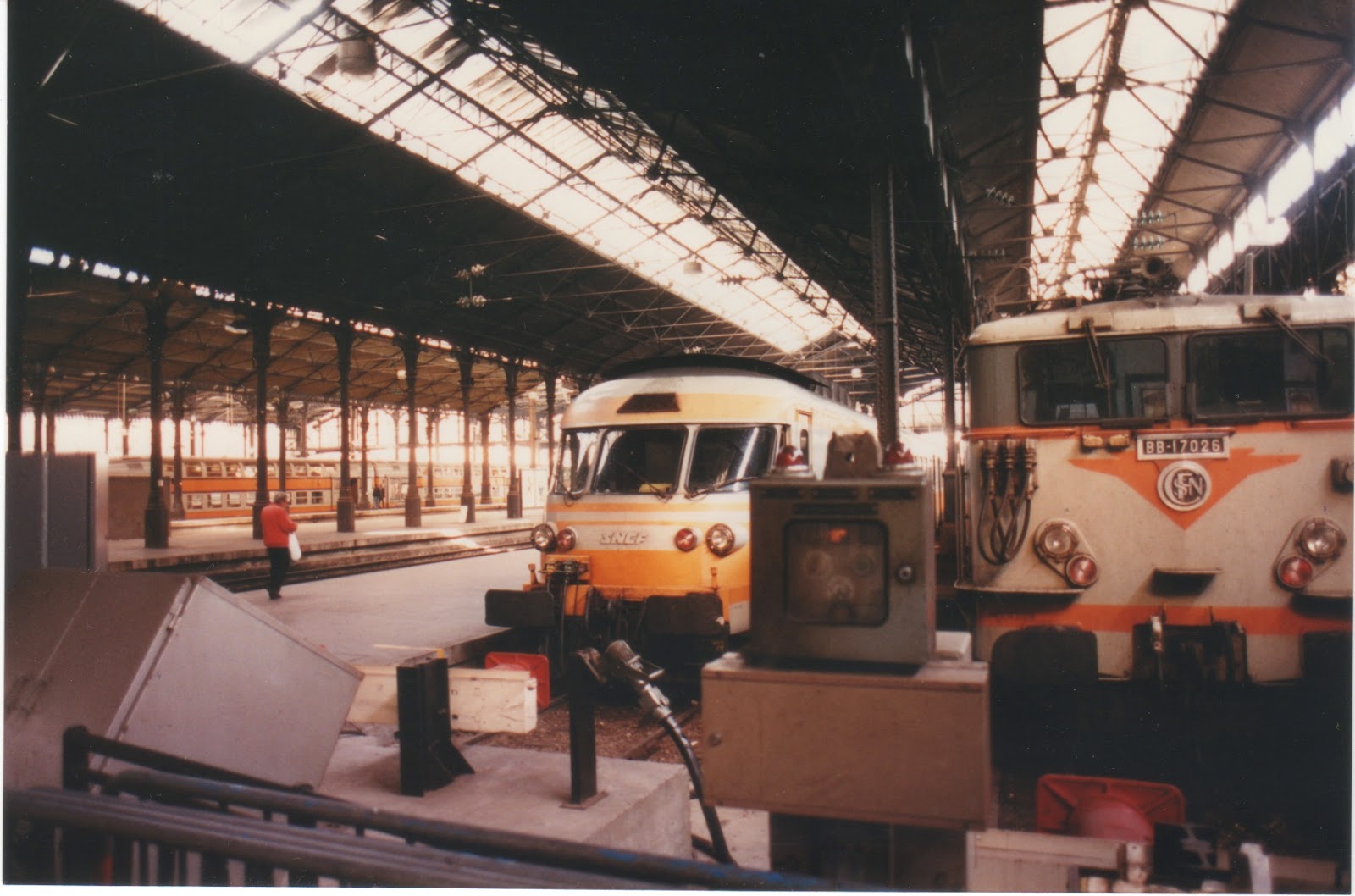 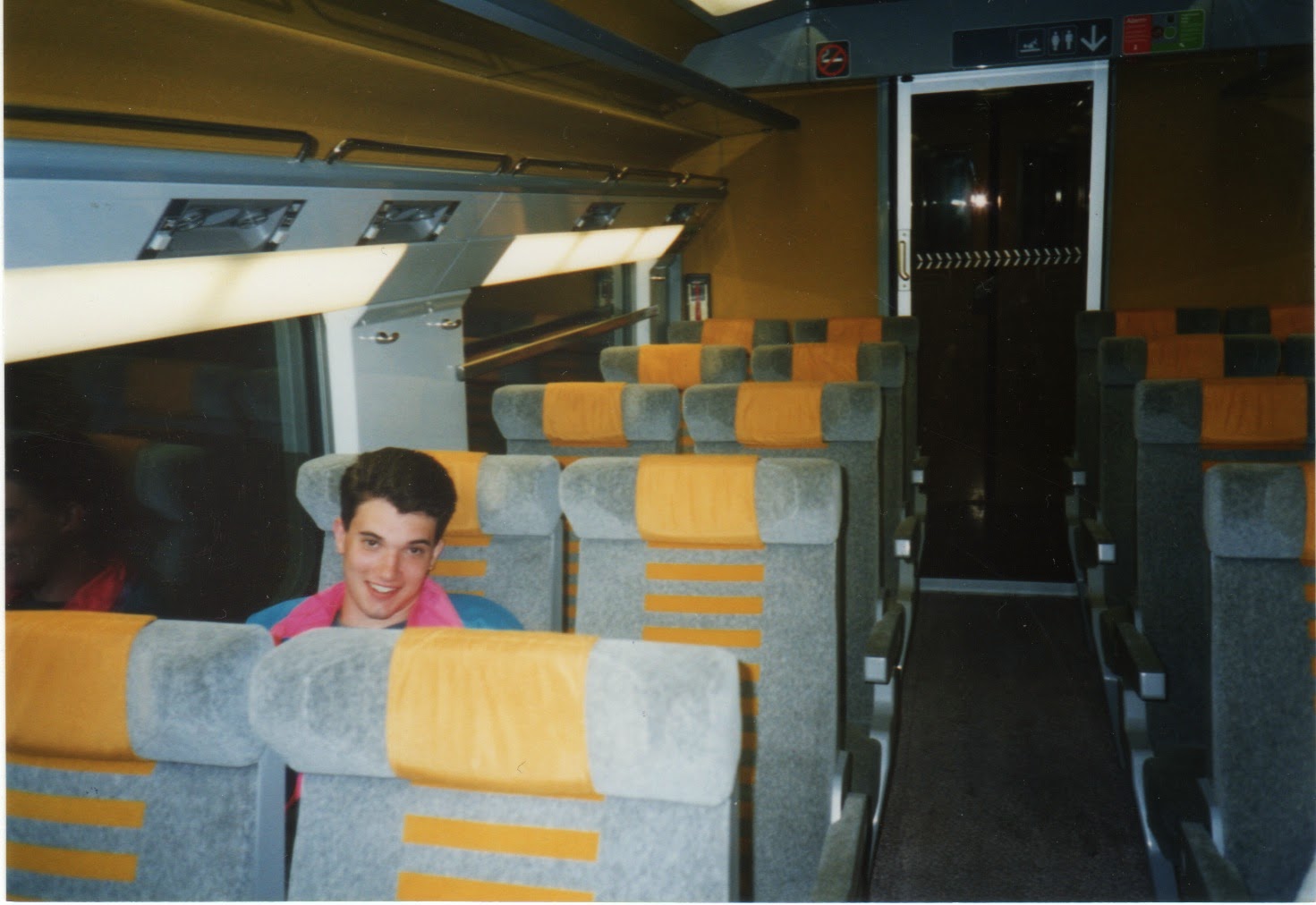 For the 1992 trip we traveled to  Dublin next.  For the trip in 1995 we traveled to Sweden after sight seeing in Paris. Next blog I will give my impressions of Ireland.