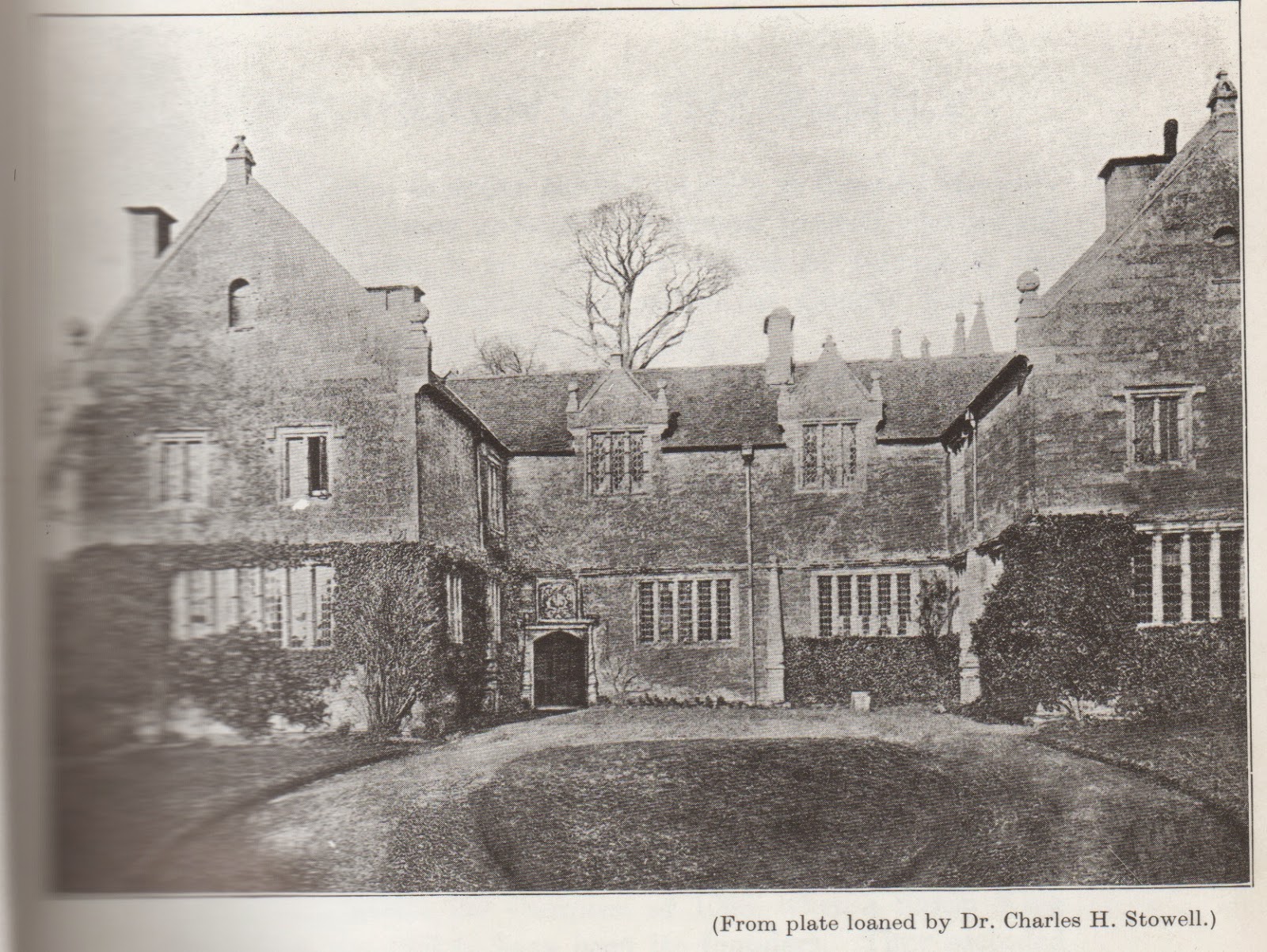 
According to the Stowell Genealogy, published first, I believe in 1921, the founder of the family was the Norman knight Adam.  He came over with William the Conqueror in 1066.  Giving him the manor called “De Coveston or De Cothelstone,” and the manor of “De Stawelle” in Moorlinch, County Somerset, rewarded his services.  The first Stowell to come to the United States was Samuel Stowell who settled in Hingham, Massachusetts in 1637.

When I found my great uncle, Jay S. Stowell’s 298-page account of his and my great aunt’s retirement trip through the United States and Canada in 1953, I wondered what else I could learn about the Stowell family.  It turns out I found out much about my grandfather, Claude H. Stowell.  He was Uncle Jay’s older brother.  They had an older sister, Grace.   My grandfather was a middle child.  I’ve always believed that middle children were good at getting along with people, as they had to learn to deal with older siblings and younger siblings.  Of course I know some people who were the oldest child or the youngest child and they are also good at getting along with people.  Maybe it is just the personality one is born with!

Grandpa Claude was born when Rutherford B. Hayes was U.S. president.  Uncle Jay was born when Chester A. Arthur was president.  Uncle Jay remembered the presidential campaign when Benjamin Harrison and Levi P. Morton ran unsuccessfully against Grover Cleveland and Adlai Stevenson.  He remembered the exciting torchlight processions with its many flaming and smoking kerosene torches in swiveled metal containers fixed on the end of wooden poles.  He recalled large pictures of the Republican candidates displayed in his folk's window, and the equally large portraits of the Democrat candidates hanging in the window of their next-door neighbor.  He remarked, “How anyone could be so unintelligent as to vote the Democrat ticket I could not quite understand.  My youthful judgment seemed to be confirmed when the country plunged into a depression which was hard to take and which left vivid memories.” Now I understand why my dad and Uncle Jay were such good friends.  They agreed on religion and politics!

They recalled that their grandfather, Samuel Stowell,  walked to town from the “Old Stowell Place” and stopped at their house to die. Grandpa Claude was six years old and Uncle Jay was two years old.  Samuel was ninety-three years old.

Uncle Jay remembered that in the home of his youth they had a print of "The Last Supper" by Leonardo da Vinci.  He noted that the salt cellar was turned over in the depiction.

Uncle Jay tells of how he and Grandpa Claude were teachers in one-room country schools.  They drove a horse and “cutter” eleven miles to school through the snow.  They used lap robes and heated soapstone to keep warm.

The little inland town where they grew up, I believe, was Orwell, New York. It was a busy place.  There were four blacksmith shops.  There were an equal number of cheese factories.  There were two planing mills, several saw mills, a cheese box factory, a ladder factory, and largest of all, a chair factory.

The town had furnished 184 Civil war veterans.  Their father was one of the veterans.  He bought a manual of arms, fashioned wooden guns in his carpenter shop, assembled a group of boys, and gave them military training.

I will stop here for today and next week I will continue on with memories from the past as recorded by Jay S. Stowell.
Posted by Flyaway at 4:12 PM