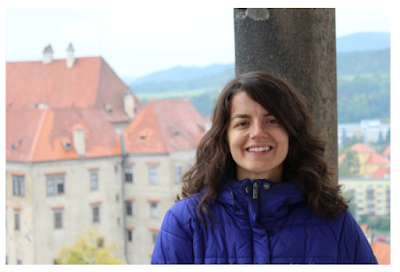 I checked out my daughter-in-law's website (https://jessicaibrown.wordpress.com/).  Many veterans, plus family members of veterans, and history buffs will be interested in reading the old war stories. Also on her website she has posted some great photos.

Her articles made me think of uniforms.  Many of my ancestors have worn them--even in the Revolutionary War. 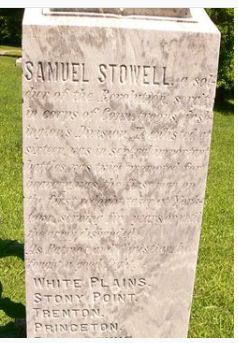 "Samuel Stowell, a soldier in the Revolution, serg't in corps of Conn. troops, Washington's division. He enlisted at sixteen, was in several important battles, was twice promoted for bravery, was the first man on the first redoubt taken at Yorktown, serving five years or until the army disbanded. As Patriot and Christian he fought a good fight. White Plains Stony Point Trenton Princeton Brandywine Monmouth Yorktown"

Several Edsons served with distinction in the American Revolutionary Forces.

Then that made me think of one of the titles I have collected over the years hoping to some day publish a "book of titles.""The Warfinger Wore Mufti" was suggested by Chris. In the past, the members of the U.S. Power Squadron, in which Chris was involved, wore uniforms to meetings.  The warfinger was in charge of helping boats come into the docks during on the water rendezvous.  For this duty they were told to wear mufti.  You had to be familiar with these terms by being associated with the military.  Here are the definitions:

The definition of MUFTI is -- civilian clothes, in contrast with military or other uniforms, or as worn by a person who usually wears a uniform.


Chris has worn many uniforms.  The latest was his U.S. Power Squadron uniform. 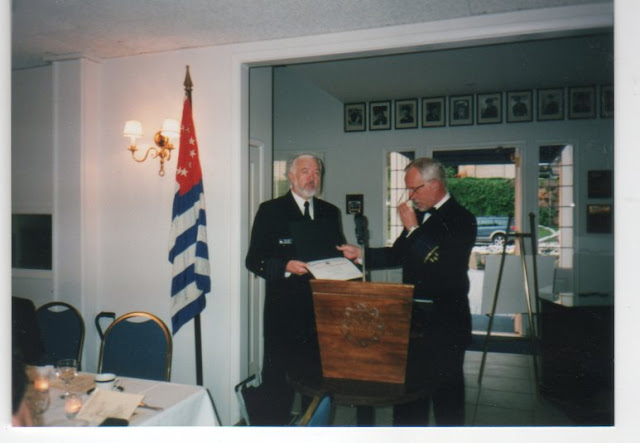 Chris on the left, Dennis Morris on the right.  Flag is the Power Squadron flag.

My dad wore many uniforms as well: 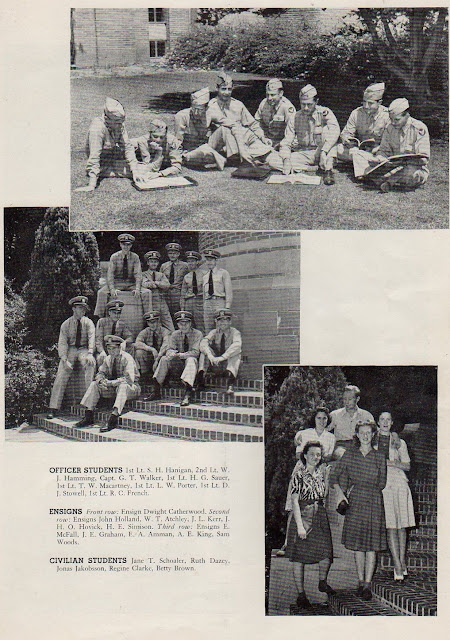 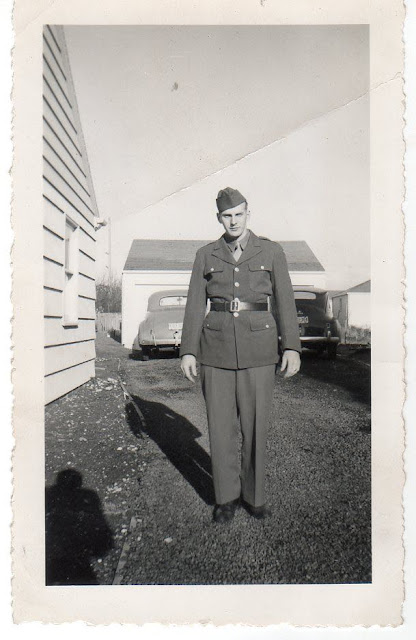 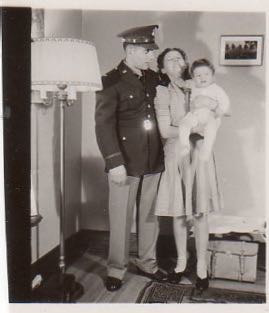 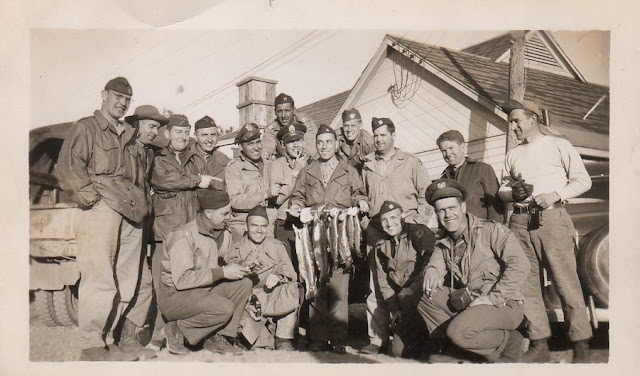 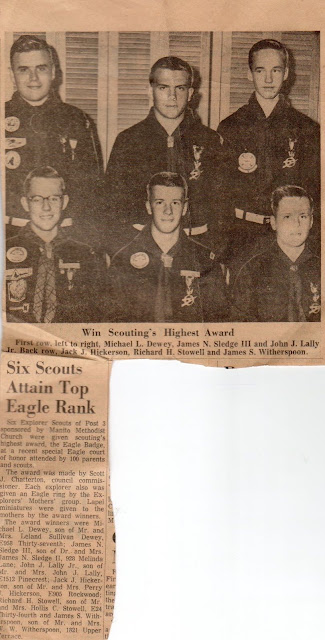 Cousin Richard wore a Scout uniform in the 1950's.  Scouting was not allowed in Communist countries. 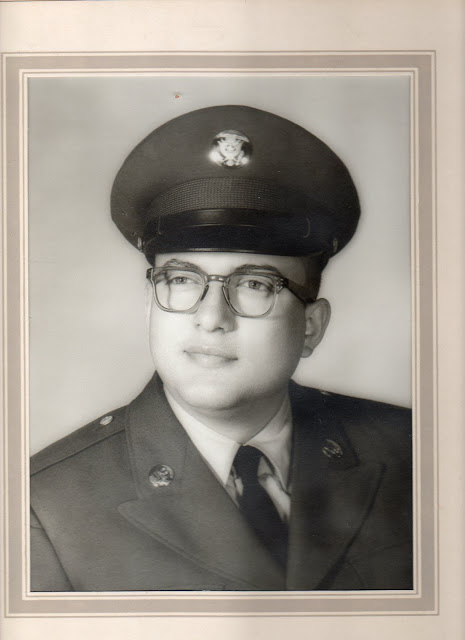 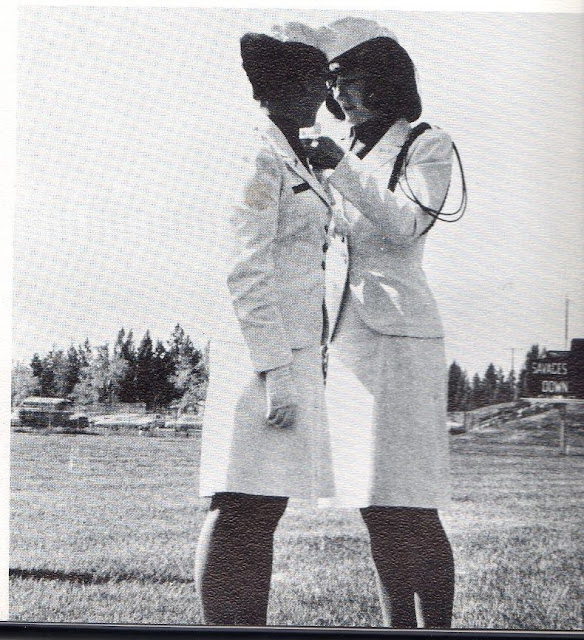 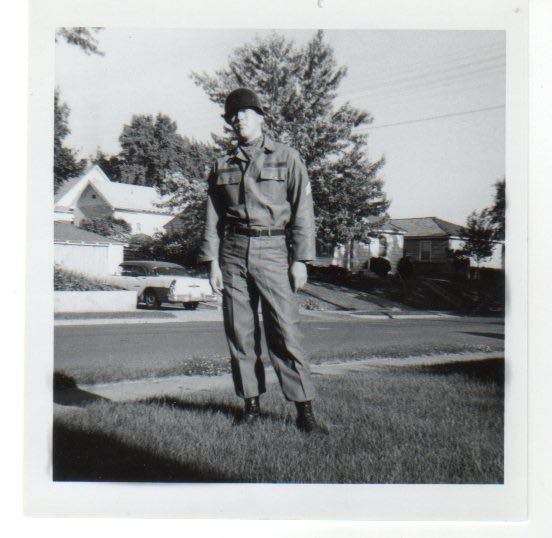 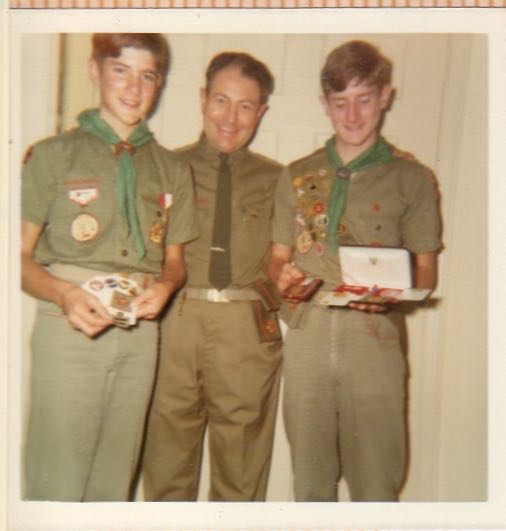 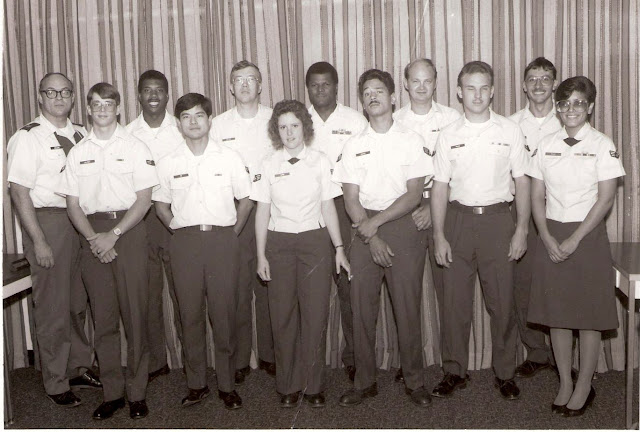 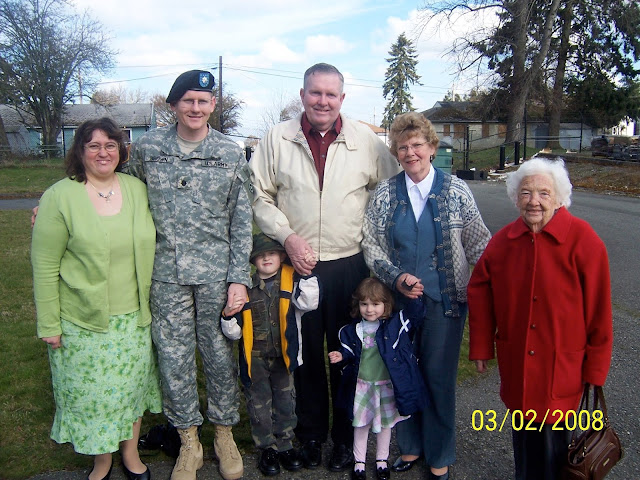 When I was young I was not interested in history.  Now that I have lived history I am fascinated.  I look forward to reading and enjoying Jessica's stories and pictures.

HAPPY 4TH OF JULY--'Heavenly Father, hold our troops in Your loving hands. Protect them as they protect us.

Psalm 144: 1 Blessed be the Lord, my rock, who trains my hands for war, and my fingers for battle;