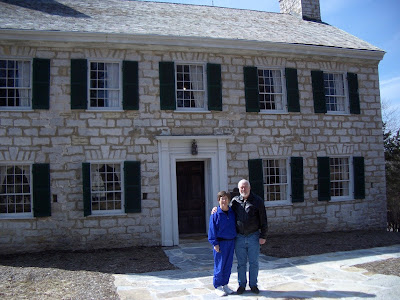 One of Daniel Boone's homes

On Tuesday, February 20, I believe it was in 2006, we arrived in Jacksonville, FLA, located on the east coast of Florida. We were there to attend a Power Squadron Conference. Jacksonville is about the size of Seattle but with seemingly half the traffic.  We stayed at the Hyatt on the peaceful St. John River.  The hotel is the biggest convention center in Jacksonville, featuring a rooftop swimming pool, hot tub, and four restaurants, which we took advantage of.  The weather during the day was in the 70’s and it cooled to sweater weather at night.  While Chris was in meetings, I either rode the free trolley around town, (the driver tried to convince us we should move to Jacksonville), or I walked over to the outdoor mall 3 blocks from the hotel.  (A huge black man wearing a hat with ear flaps complimented me on my haircut.)  The Landing had many stores and every kind of food.  One night we took a taxi to the other side of the river and ate at the Chart House.  (The taxi driver tried to recruit us to move to Jacksonville too!)

After standing in line for over an hour to talk on a phone to a ticketing and scheduling agent we were offered a flight which might as well have been to the North Pole by the way of Las Vegas and several other stops in between.  After serious consideration I made a desperate call our dear friends who were our neighbors in Spokane 30 years ago and who happened to live within 30 minutes of the St Louis airport.  There was no answer so I left a message on their answering machine.  Chris said they were probably at church.  We found out later that he was correct. Chris had a cell phone so I left a call back number.

They set a beautiful table and fed us.

They came to the airport and picked us up. We made an emergency stop at Target to get clean underwear and socks and needed prescriptions.  We stayed with them Sunday night and Monday night. Chris was able to get seats on the Seattle flight for Tuesday morning.  We had a quick tour of the historical downtown on the way back from the airport.

On Monday, Donna showed us all around the countryside while Mike was working.  We went out to the site of Daniel Boone’s house and historical buildings that have been restored and grounds that are used for student archeological digs. 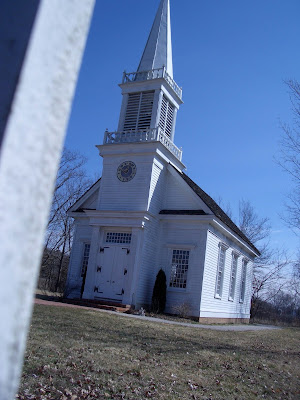 The church on the Daniel Boone property.

It was sunny but chilly.  Chris was glad he took his heavy coat.  My windbreaker of my jogging suit helped a little but I kept moving.  I’ll attach pictures of Daniel Boone’s house and the historical church which is on the grounds.  The tour guide played the organ in the church for us and rang the bell.  No pictures were allowed to be taken inside so we just have outside shots. 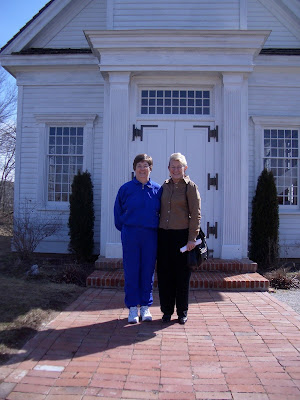 Our flight home went smoothly and our luggage was being stored for us in the baggage area at Sea Tac.  (We had tried on Sunday to find out where our bags were but the airlines didn’t know at that point.)  At least this time I wasn’t on the no fly list!  I thank God for that!