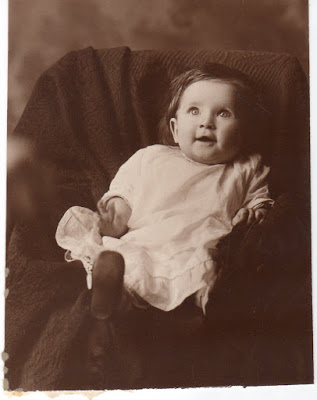 My mom, who went by her middle name, was born in Spokane, WA. on February 16, 1917.  She grew up in Spokane.  Here are some of the highlights of her life as recorded in pictures and print: 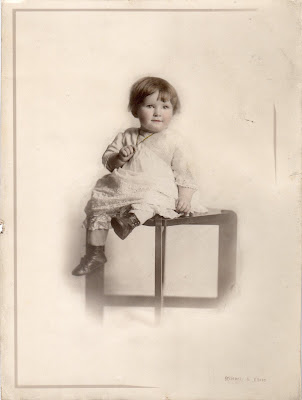 At 15 months she was a little sunbeam. 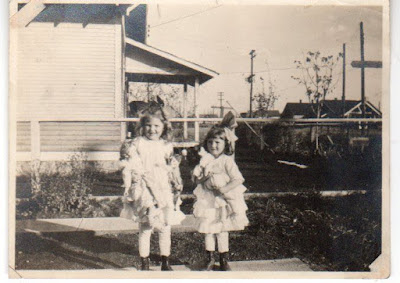 She received a baby doll and her older sister Evelyn did too. Evelyn's doll was Tootsie Margaret, Grace's doll was Hazel Rose. 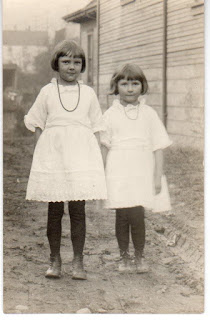 Here they were when they were a little older.  The family had a car wreck when Grace was 9.  She lost all of her eyebrows and had a scar on her forehead as a result. 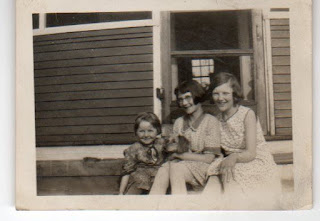 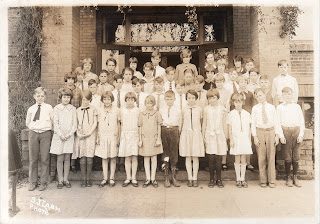 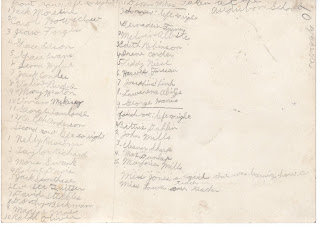 She listed all the names of her classmates. 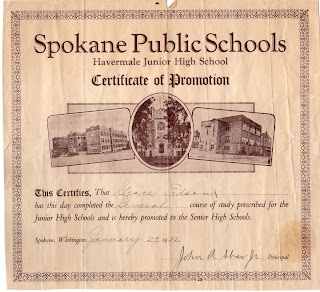 She finished Havermale Jr. High in 1932 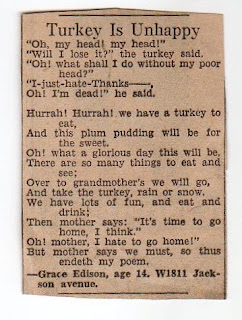 When she was 14 she had a poem published in the newspaper. 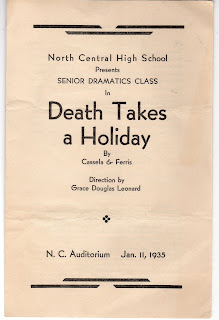 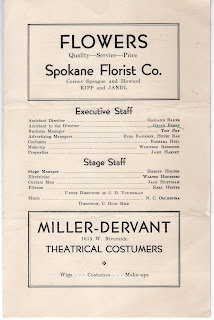 At North Central High School she was very active in everything from drama, (she was an assistant to the director), to tennis, and to the newspaper staff. 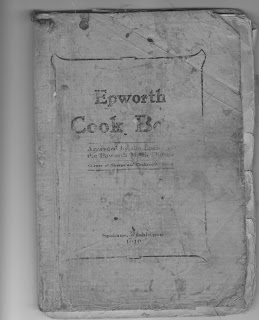 She was active in the Saint Paul Methodist church's youth group, Epworth League.  On Sunday nights they would eat onion sandwiches as that is all they could afford during the depression. The above must have been a cookbook published by the youth. 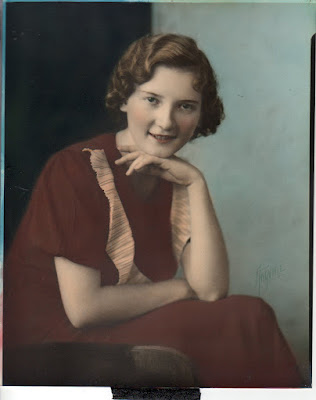 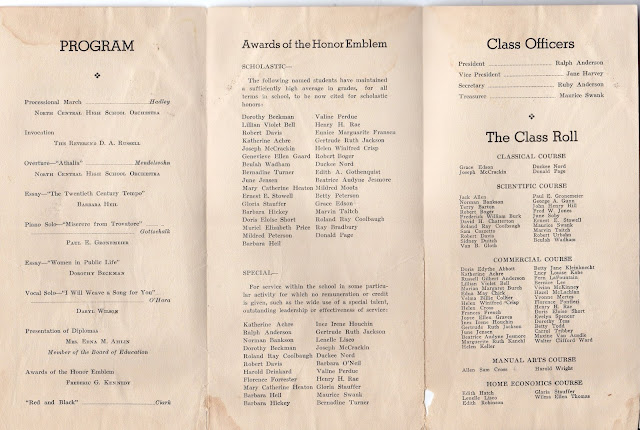 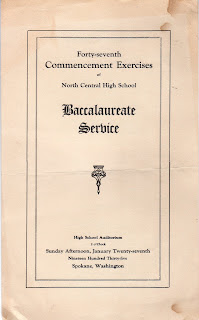 She was a January 1935 graduate in classical studies which included the study of Latin. 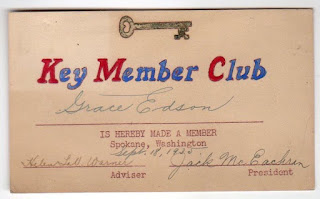 At some point she was in a Key Member Club. 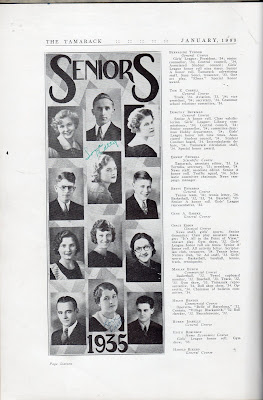 She listed all of her activities in the 1935 North Central High School yearbook:

She was offered a scholarship to Whitman college in Walla Walla, WA. but it did not include room and board.  She did not accept the scholarship.  She did complete a course at Kinman Business University in Spokane.  Afterward she worked at a Spokane bank for 4 years and saved her money.  She attended the University of Washington in Seattle, WA. for 1 year before her marriage in 1939. 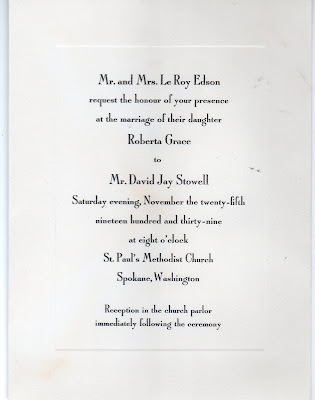 There were many newspaper articles published about her showers and also the wedding. 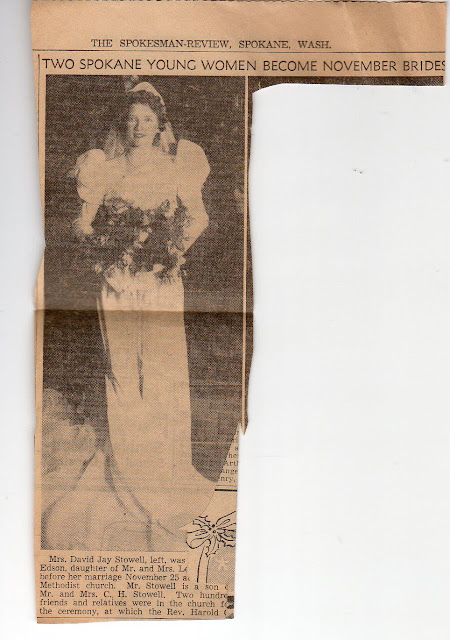 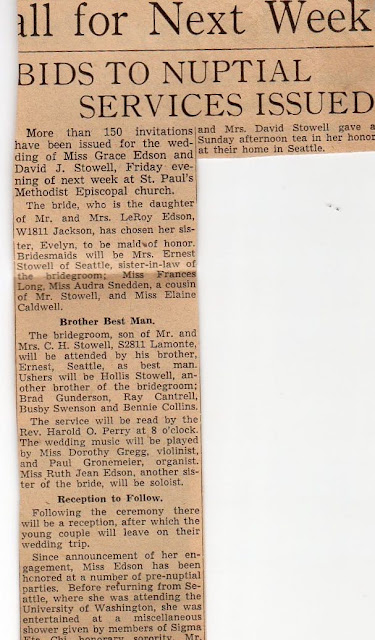 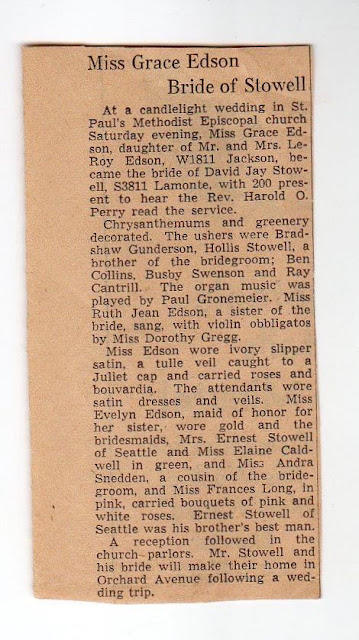 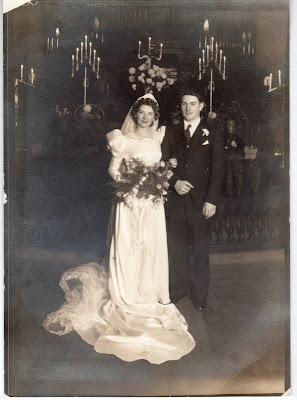 The only wedding picture I have.  Brother Davy has the original of the wedding party.


One year after the wedding my brother Jay was born on November 29, 1940.  I was next in July of 1943.  Then my sister Evy was born in October of 1947.  Brother Davy in April 1952 and brother Wayne was born in June 1956.  She had definite opinions about child rearing.  She lied to the pediatrician when he told her to bottle feed us.  She breast fed instead.  She taught us to pray before we went to sleep at night like this:

Now I lay me down to sleep
I pray the Lord my soul to keep.
Thy love go with me all the night
and wake me with the morning light.

She didn't want any of us to be fearful as she was afraid of many things.  As a result we all went out into the world unafraid.  We flew off to Mexico, Africa, Europe, and the South Seas.  She insisted that all 5 of us complete college.  Evy was the only one to go on for a Masters Degree.  We are very grateful for a mom who kept us all alive, as well as fed and clothed, until we reached adulthood.

She had many ambitions.  She wanted to become a teacher, a nurse, a farmer, and a musician.  She accomplished all of those roles as a wife and mother.

Teacher-- She taught piano lessons as a volunteer.  She taught Sunday School, and Good News Club. She worked as an aide at Davy and Wayne's pre-school. She was a discussion group leader for Bible Study Fellowship.

Nurse-- She nursed me through a broken foot twice and a vicious dog attack when I was bitten on both arms and both legs.  She nursed Evy through 2 operations on the cyst on her neck.  She nursed Davy and Wayne though broken heads and broken noses. She nursed my dad through congestive heart failure and Parkinsons.  She nursed her father through dementia.

Farmer-- She always had plants around either in the yard or in the house.  She made a flower arrangement when I was about 5 that my dad photographed and thought it was so attractive.  He wanted her to have a florist shop. She also cared for many pets for us--  including rabbits, seeing eye dogs in training, cats, and a parakeet.  Jay bred white rats for awhile. 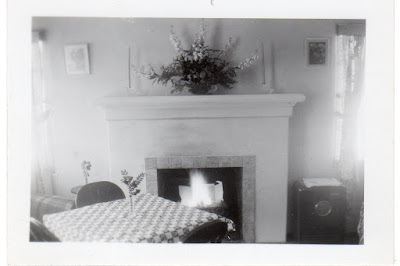 Musician-- She played the piano for church and Sunday school.  She also volunteered to play at nursing homes. I hear she played her saxophone in the college band.

She was actually a pretty good seamstress making matching quilted bathrobes for herself and me when I was about 5.  One Christmas she made photo albums for the five of us. 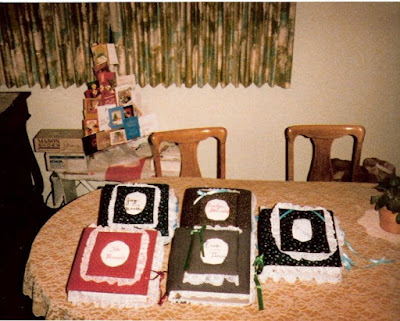 She also did a cross stitch for Chris. 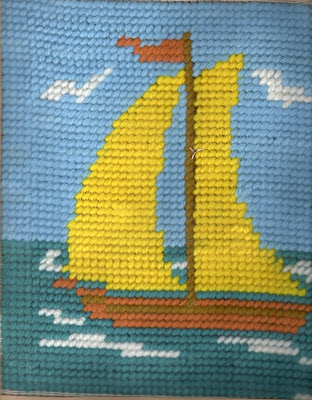 She did take part time jobs starting in about 1958 or so--she worked at a 5 and 10 cent store--Murphys, in Alexandria, VA.  And then of course her job as a pre-school aide at Davy and Wayne's pre-school. Later she worked as a secretary.

When she was almost 60 years old she attended Cañada College.  She studied Spanish, Music, Bible, and Child Evangelism. She completed a 2 year degree about the same time as my youngest brother, Wayne, completed his 2 year degree.

In her later years she fought dementia.  She, like her father, wanted to keep going like she had when she was younger.  Grandpa wrote about how discouraged he was that he didn't have a specific job to go to.  I think my mom was discouraged because she could no longer keep her children at home.  She lost mental and physical ability and had difficulty accepting it.  She thought Jesus would come back before she died.  I pray every day that God will keep me in my senses so that I don't suffer like she did.  She was buried at Tahoma National Cemetery in August of 2001.  My dad said that he was glad that she didn't have to see the terrorist attack on September 11, 2001. Here is a link to her find a grave page. 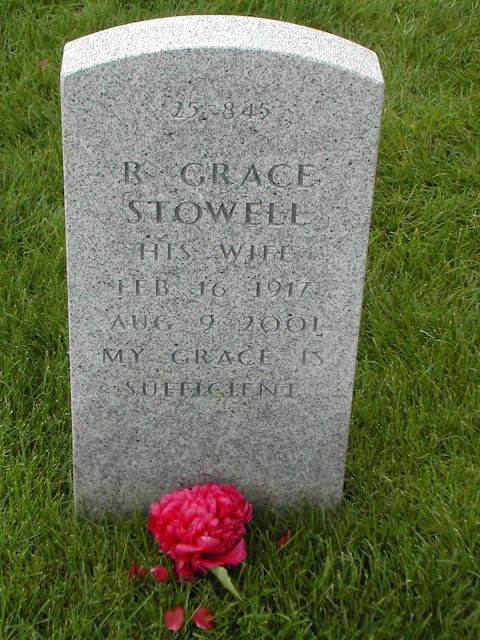 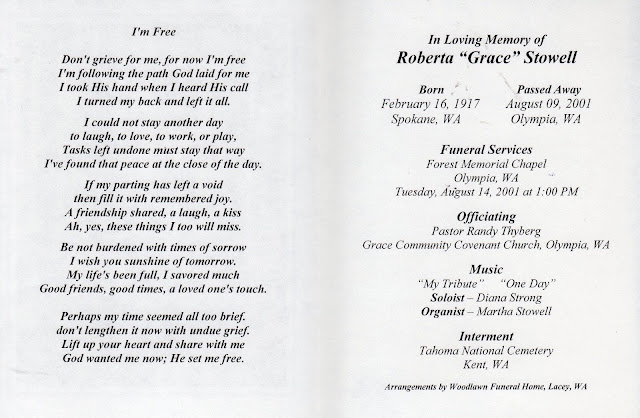 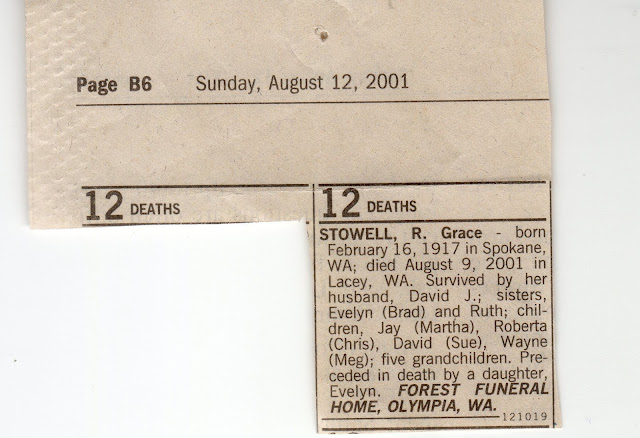