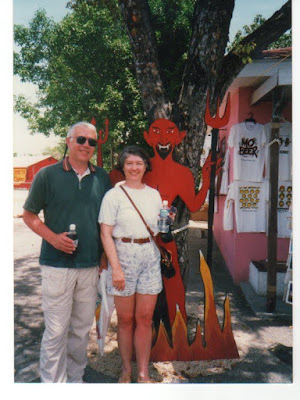 Here we are in the late 90's in Hell, on Grand Cayman Island.

On Grand Cayman Island there is a town called "Hell” which we visited.  I'm glad it isn't the real one.  I wouldn't want me or anyone to go to the real Hell.  But Jesus says you must be born again in order to enter into the Kingdom of Heaven John 3:16-21.

Chris still has not visited the Grand Canyon.