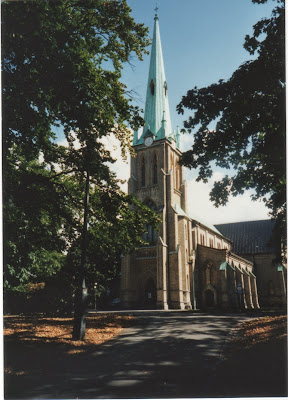 The state church is Lutheran even though the tour guide said they had freedom to worship in any way they choose.  Photo by Chris

The first time we traveled to Sweden it was September of 1992.  We flew into Stockholm and stayed at a hotel over night.  I noticed that the streets and sidewalks were torn up and being repaired just like in the United States.  The engineers were at it again!  But I think they have to do so many repairs because of the long cold winters.  In September it was already feeling like winter to me. 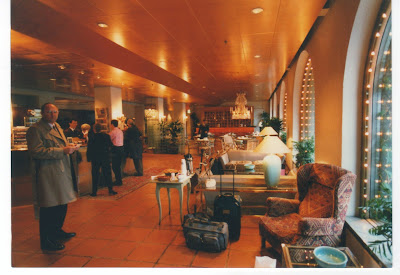 We rented a car and drove from Stockholm to Gothenburg.  The roads had many work projects going on at the time.  We could not read the Swedish language on the signs but we were able to figure them out because everything was signed much the way as it is in the United States.

When we traveled to Gothenburg in 1995, Jes accompanied us.  We did some sightseeing while we were there.  Here is what we saw: 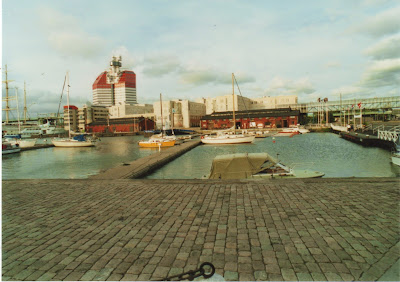 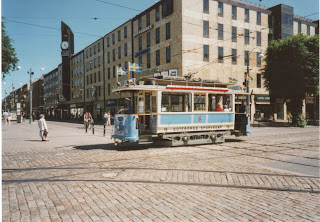 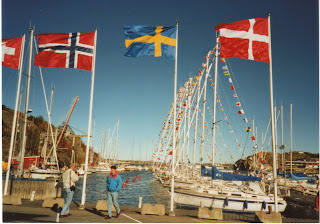 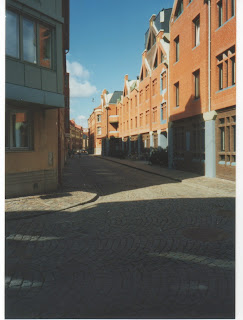 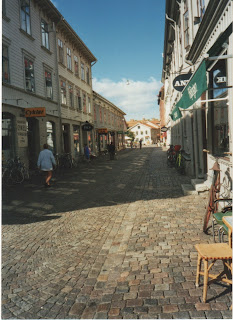 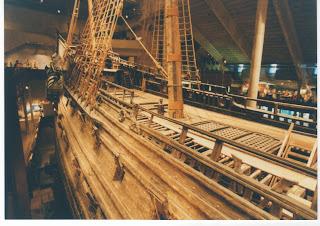 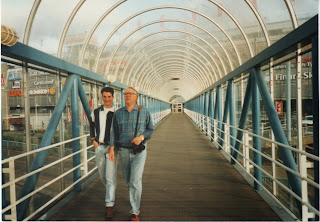 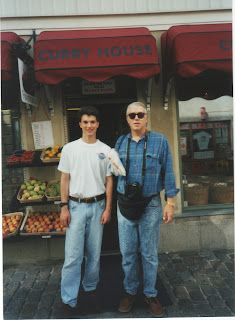 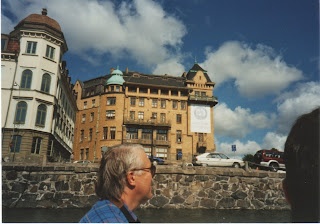 University  All photo's by Bobbi
As I recall we visited the Royal Palace.  I remember the rooms opening up off of the long hallways.  It was almost as if the rooms were for display and not for living in.  Everything was very ornate. 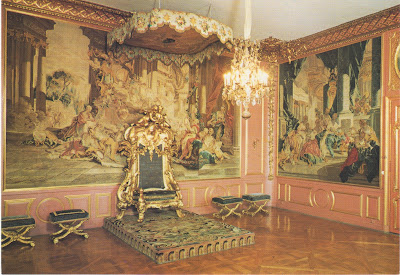 Next stop was Elos.  We asked for a double room for Chris and me.  Here is what we got. 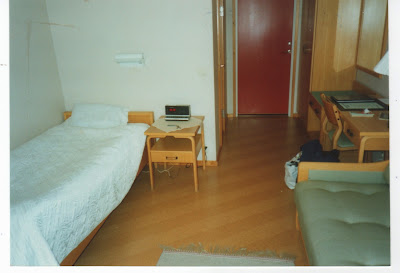 Jes had a single and it was even smaller.  He had a black and white TV to watch.  All the TV shows were in English. 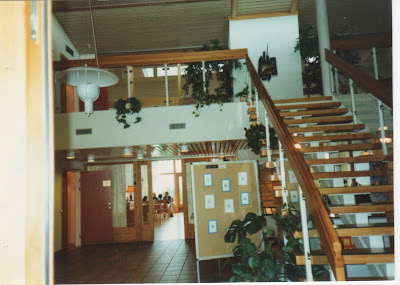 Note tables through the door
The buffet in the hotel cafeteria featured Swedish meatballs and rice.

We did some shopping and visited the boat yard where our boat was being built. 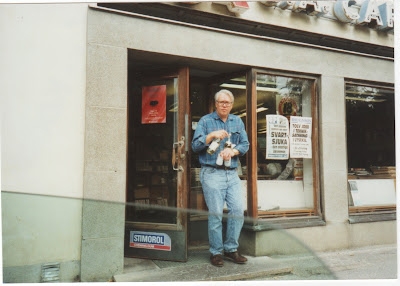 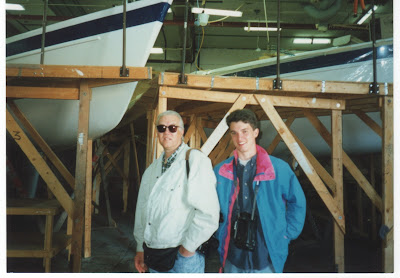 We attended the presentation by Jimmy Cornell.  See here.  He spoke in English.  We were the only English speakers, but most people who attended the talk spoke English.  Many spoke German.  The man sitting across from us was Danish and did not speak English so it was difficult for him.

From there we flew home.  I’m glad I was able to visit Sweden.  I can picture how life is for the people who live there.  Some day I will write about my trip to Japan.