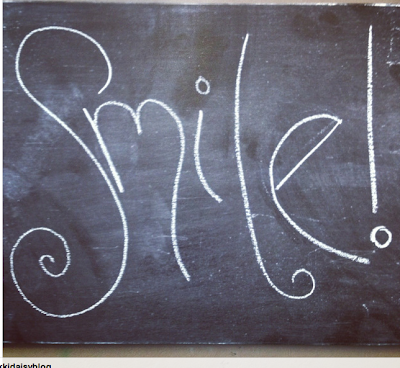 Even in difficult times we can smile because we know that God loves us.

One time there was a young man who decided he didn’t want to be married anymore.  Someone asked him if he knew where he came from and why he was here? He had no answer.  There are so many who have no idea of the meaning and purpose of life.  Each one does as he knows best and it isn’t the way that God would have them to live.  Here is a thirty minute talk by Tim Keller on a reason for living: http://www.youtube.com/watch?v=Ts7F6dqrC-s

Christianity has the answers for the meaning and purpose of life but many people are not able to understand the truth because they are in bondage to sin.  Ravi Zacharias likens the bondage that the Israelites were in in Egypt to the sin that traps us until we accept the free gift of salvation that God wants to give us.  There is so much evil in the world –people have called good bad and bad good so much that people are confused and have given in to evil.  Here is a five minute You Tube of Andy Lewis, Mitchell Road Presbyterian Church pastor in Greenville, SC.  He talks about the tragedy in Aurora, Colorado.  Now we have had another tragedy in Washington D.C.-- his thoughts would apply to this also: http://www.youtube.com/watch?v=0gGmgUfRSjI

If we can admit our sin and turn our lives over to Jesus then God will bring us out of bondage.  After God brought the Israelites out of bondage He gave them the moral law—the Ten Commandments.  These same Commandments are given to us to show us that we cannot follow the law perfectly.  We need a Savior to pay the price of death that God must require because He is holy and just.   But He himself paid that price by coming to earth to die for us so that we may have eternal life with Him.

Now there are many people attending church who have head knowledge of Jesus but not heart knowledge. Instead of studying the Bible and seeking God to know Him, seeking Him to help them, and seeking Him to forgive them, they live according to the lies of Hollywood and television.  It has been preached for years through this media that it is up to each one to decide when they will have sex.  Not so—God in his word said in I Corinthians 6:9 Or do you not know that the unrighteous will not inherit the kingdom of God? Do not be deceived; neither fornicators, nor idolaters, nor adulterers, nor effeminate, nor homosexuals, 10 nor thieves, nor the covetous, nor drunkards, nor revilers, nor swindlers, will inherit the kingdom of God.

Most Christians will admit that if we worship anyone other than God, if we commit adultery, if we become involved in homosexuality, if we steal, if we lust after things that do not belong to us, if we are drunks, use foul language, or cheat others we are not living according to how God wants us to live.  But the word “fornicator” is in there also.  Many single Christians deceive themselves and live and or sleep together before marriage.  Abstinence education is laughed at because they say people will have sex anyway so we might as well give out free condoms.  This is saying that humans have no self control—that we are not made in God’s image, but that we are just animals.    Churches and parents either have not been convinced that purity until marriage is God’s way, or have not been teaching purity before marriage.  Somehow our society is confused and not convinced that God expects purity.  In fact those who remain a virgin, like athletes Tim Tebow and LoLo Jones, are put down, and given a bad time for their convictions.

My prayer is that Christians will study the Bible, and seek God to know Him Who is the truth, and be filled with the Holy Spirit so that we may live lives that will point the lost to Jesus!  And that God will bring the lost out of the bondage to sin, and that they will live life with meaning and purpose!