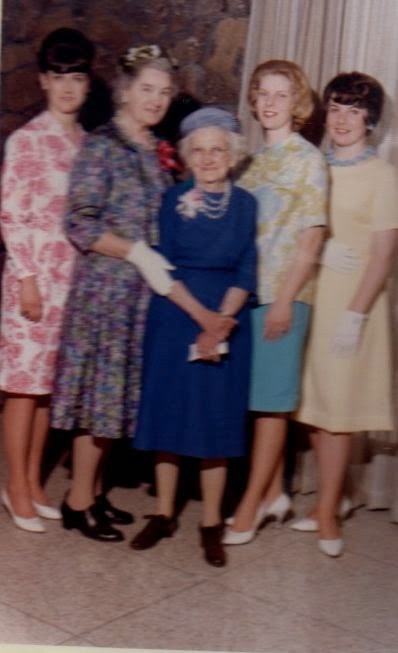 A Spokane, Washington woman named Sonora Smart Dodd, one of six children raised by a widower, tried to establish an official equivalent to Mother’s Day for male parents. She went to local churches, the YMCA, shopkeepers and government officials to drum up support for her idea, and she was successful: Washington State celebrated the nation’s first statewide Father’s Day on July 19, 1910. Slowly, the holiday spread. In 1916, President Wilson honored the day by using telegraph signals to unfurl a flag in Spokane when he pressed a button in Washington, D.C.In 1924, President Calvin Coolidge urged state governments to observe Father’s Day.

My grandmother, Isabel Stowell, was the secretary for the International Father’s Day Association in Spokane, WA for many years.  In reading through her minutes for many of the meetings, it appeared that usually 9 to 12 women would attend the meetings, held at a local hotel.  The first meeting I have the notes for was in 1959.  The earliest meetings were at the Desert Hotel.  Later they moved to the Coeur ‘d Alene Hotel.     The last gathering she recorded was in May of 1963.

Isabel was also a representative of the group to the Spokane Federation of Women’s Organizations.

Mrs. Dodd is not mentioned very often in the minutes.  She was cited at the May meeting in 1960.  “Mrs. Dodd’s idea in regard to the June Father’s Day luncheon was given.”

The officers were elected each February.  Some of the names mentioned are Margaret Brown, Jessie Gibson, Freda Carpenter, Mae Masecar, and Lydia Himes.  The meetings were opened with prayer and the flag salute.  The meetings closed with a prayer or the Mizpah.

Genesis 39: 49 and Mizpah, for he said, "May the LORD watch between you and me when we are absent one from the other.

Afterward they adjourned to the dining room for lunch.  Now I know where I get my preference for going out to eat!

Grandma’s notes are succinct.  In one page she covers everything accomplished. I also prefer writing this way.  No excess words for me!

Only one time was any controversy mentioned.  “A resolution from the City Federation favoring the proposed civic center was read.  The Father’s Day Assn. tabled the proposition as it is a controversial subject.”

These records remind me of a Norman Rockwell town.  Such peaceful precious lives they all seemed to live.

Below is a clipping from the Spokane Newspaper: