Who Are The Poor? 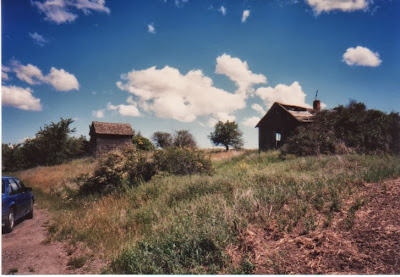 Where my great aunt and great uncle lived without electricity or running water.  They were not poor.

Many Social Justice Christians in the United States vote for the Democratic Party candidates because they say we must take care of the poor.  For some reason they don’t believe that the Republicans care about the poor.  Now we find that there is rampant welfare fraud going on.  According the “60 minutes” TV show on Sunday, October 6, there is outrageous abuse of Social Security disability by many.  What has caused this entitlement mentality?

Maybe we need a clarification of who the poor are.  In this country we must have the wrong understanding.  I have been guilty of this false thinking by saying, “Let the government take care of the problems. “ Well, it isn’t up to the government according to my study of the Bible.  Here are two blogs written by Michael Youssef about "Keeping Jesus out of your Socialism."  In the second part he mentions that Jesus did not come to set up His political Kingdom.  I believe that when He comes the second time He will set up the government and He will be our benevolent dictator: http://townhall.com/columnists/michaelyoussef/2013/10/13/keep-jesus-out-of-your-socialism-n1721832/page/full http://townhall.com/columnists/michaelyoussef/2013/10/20/keep-jesus-out-of-your-socialism-part-2-n1728485//

In our study of Amos in Precepts Bible study we learned that the poor are the people who have been cheated, oppressed, or abused in some way.  In our country we have decided that the poor are anybody living under the poverty level but this is incorrect.  A person living under the poverty level may not have been necessarily abused, oppressed, or cheated, so they really aren’t poor.

In one example of people who are not poor but living under the poverty level we can look at the depression.  In 1929 many learned to live with what they had.  They had not been oppressed, abused, or cheated.  They learned to grow food, wear one or two outfits, put cardboard in their shoes when the soles wore through, eat onion sandwiches, etc.

Another example could be from my childhood.   My childhood family of seven lived in a 32’ trailer.  We may have lived below the poverty level but we weren’t poor.  People gave us clothing and shared garden grown vegetables, and wild caught fish with us, but we were not poor.  (We ate mustard sandwiches, but that is another story.)

My husband said that when he was a teen he had less money than I did in my childhood.  He was an only child and had only one outfit to wear to school.  He never missed a meal though.  He wasn’t really poor.

In this country, to help the poor, we should help the oppressed, abused, and cheated.  So what I wish was that the people of this country could understand what “poor” really means.  The government as well as private citizens should work for justice and righteousness and relief from oppression, cheating, and abuse of the truly poor.

Here is another opinion about what causes poverty.  If a person's relationships with God, others, and oneself is broken-- this causes spiritual and emotional poverty.  Only Jesus can bring healing and wholeness.  Watch the you tube by clicking the link: https://www.youtube.com/watch?v=V-VWc1v77fk#t=54