LET YOUR HEART BE LIGHT 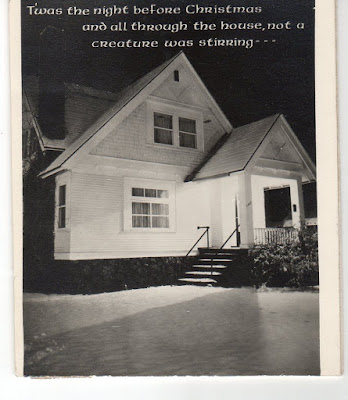 Chris has fond memories of Santa, Christmas trees, and many toys from his childhood Christmases past.  After we were married his mom continued to give him a toy each Christmas until we had children. Then she gave the kids toys. 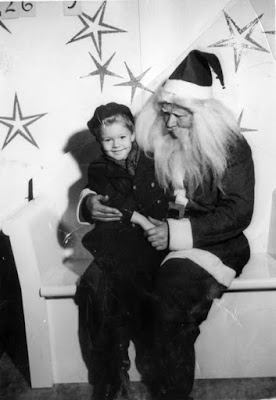 The highlight of my childhood Christmases was when my folks gave me a HopALong Cassidy wrist watch for Christmas. They respected my dislike of girly things. 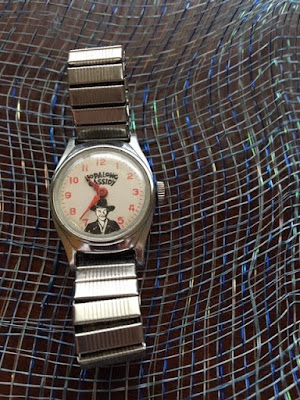 Now our Christmases have been enlarged with our grandchildren. 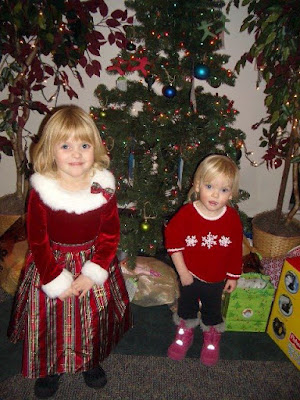 Sammy and Natalie. Photo by Bobbi. 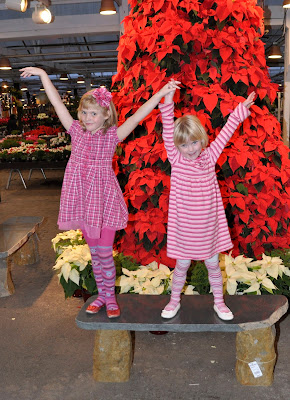 Sammy and Natalie.  Photo by Chris. 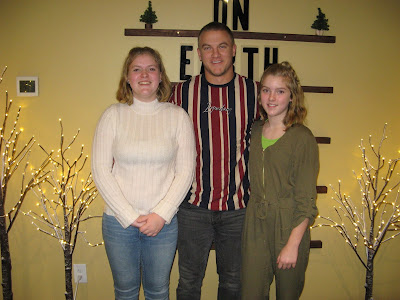 As they grow we downsize. 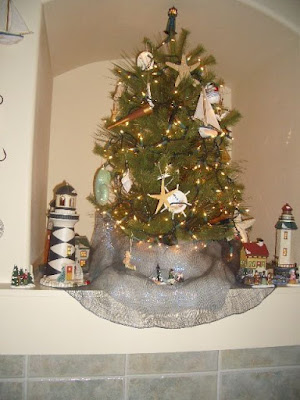 So my thoughts on big and little Christmases I relate with this story-- One year, right before Christmas break, I was in a Bible Study Fellowship discussion group.  A member of the group was bemoaning the upcoming chore of making tons of corn tamales that her family liked for Christmas.  My comment was, "God loves a cheerful giver. If you can't do it cheerfully then don't do it."
(II Corinthians 9: 6 The point is this: whoever sows sparingly will also reap sparingly, and whoever sows bountifully[a] will also reap bountifully. 7 Each one must give as he has decided in his heart, not reluctantly or under compulsion, for God loves a cheerful giver.)
Later that year I saw this gal in the grocery store and asked if she had made the tamales.  She hadn't, but she thought she would be up to it next year.

So sometimes we need to give ourselves a break.  Through rest, prayer, and some lighthearted times we can keep up the pace later.

In our family we have decided to downsize our Christmases.  Again this year we are limiting gifts to $5.00.  Our meal will be a brunch shared in the Courtyard Lounge at our active senior community.  Decor consists of a Nativity scene, a basket of greens, and our musical miniature skating rink complete with skaters. 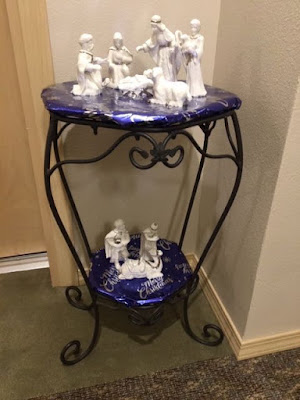 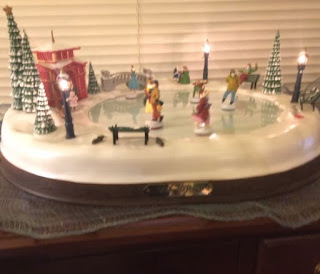 Whether we are the creative types who love to shop, decorate, cook a big dinner, and have a "big" Christmas, or we are the types who prefer a simple Christmas, "Have yourself a merry Christmas," whether big or little. May our hearts be light and let us seek Jesus -- The Light.
Posted by Flyaway at 7:08 PM