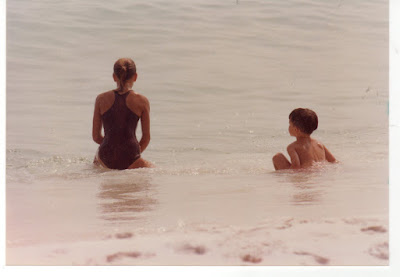 1982-- no people on the beach with us in Biloxi.  We found out later that the locals did not swim in the Gulf as it is polluted.  Both kids broke out in a rash from contact dermatitus. We stuck to the swimming pool at our apartment complex after that. 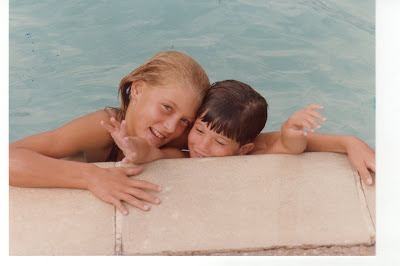 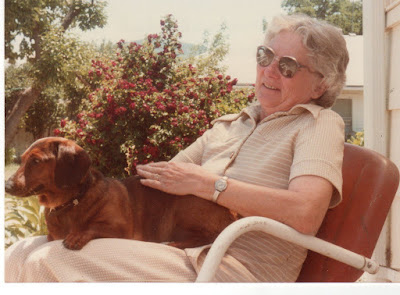 We left Seattle in June of 1982 for Mississippi.  Chris would attend a 5 month school after he reenlisted in the Air National Guard.  On our way through Hornbrook we dropped off our dog and cat for Grandma and Grandpa to care for while we were gone. 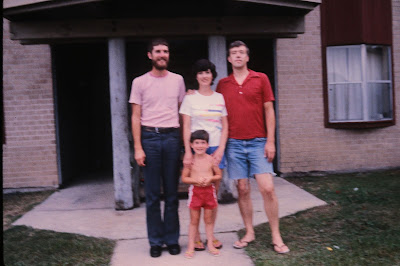 Wayne came through Biloxi on his way either to or from Africa.  He helped Jes with his swimming lessons. Heather took this one. 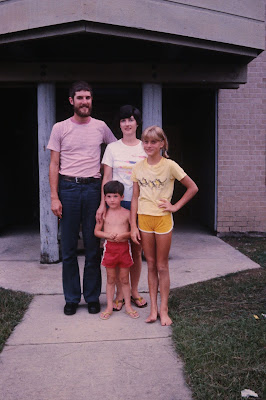 Chris took this one. 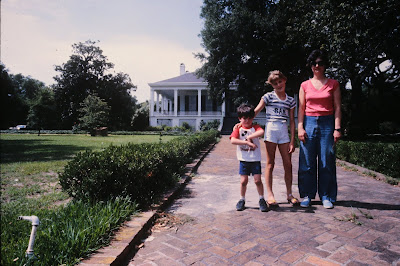 We did some sightseeing.  Here is one of the mansions we visited. 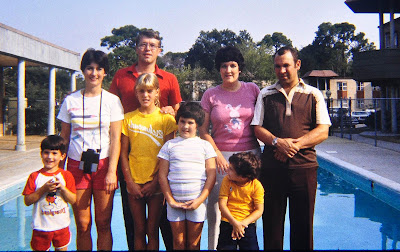 My high school classmate and her family came to visit us all the way from Florida. 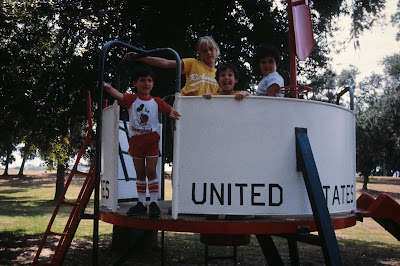 The kids played on the playground equipment at Keesler. 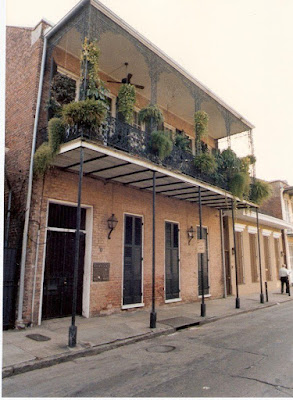 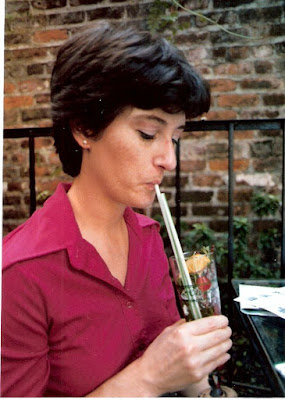 I tried a mint julep.  I was surprised that it wasn't green. 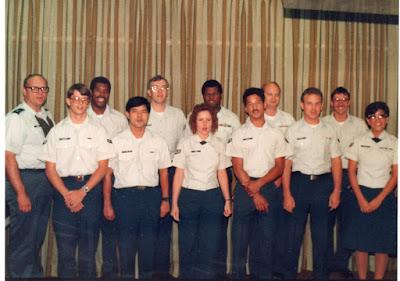 Chris was NCO class leader.  He was in charge of having the room cleaned. 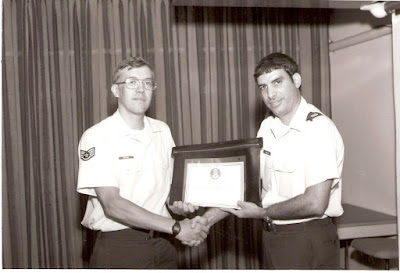 Chris was an honor graduate.

As a direct descendant of veterans who fought on the side of the north, in the Civil War, I was a militant yankee.  The war was over-- the south lost--get over it, was my thinking.  But when we moved to Biloxi, (pronounced biluxi), in 1982, I began to feel some suspicion from some neighbors who were not in the military. (One neighbor caught herself saying that "he swears just like a Yankee.")  Apparently Yankees were not very good people in the minds of these southerners.  How could this have been carried down through the generations?  Oh right, I was the same way.  (Grandpa said we were Scotch, Irish, Dutch, and Yankee, and mostly Yankee.)

So what are our rights?  Is it the right of the Union to force the southern states to give up slavery?  Is it the right of the southern states to build monuments of Confederate War heros?  We are told in Mark 8:34 "And (Jesus) calling the crowd to him with his disciples, he said to them, “If anyone would come after me, let him deny himself and take up his cross and follow me. 35 For whoever would save his life[a] will lose it, but whoever loses his life for my sake and the gospel's will save it."

So, as Christians we must ask this question--Is this spreading the gospel and making disciples?  Well, with slavery abolished there was more freedom to teach the gospel to all.  Confederate statues are just a reminder of what not to do.  One city council member in Richmond, VA said that plaques could be placed by each confederate statue explaining what happened so that we will not repeat the bloodshed.

Are you still fighting the Civil War?