HOLLYHOCKS OVER THE SEPTIC TANK 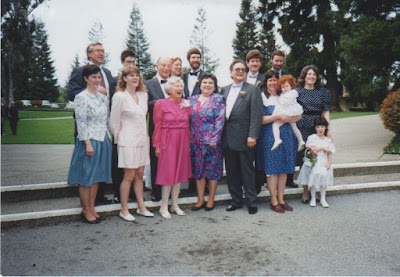 All of the family in Redwood City, except Grace Marie and the future spouses of the grandchildren.

As children, when my cousin and I would visit our grandparents on their farm in Eastern Washington, we would play with the blossoms of the tall hollyhocks our grandmother grew.  We would make hats for ourselves or turn the colorful blooms into dresses for puppets.  Then, years later, we learned from my aunt and my cousin's mother that the hollyhocks grew over the septic tank.  We were aghast!  How could something so beautiful have sewage below?  But I think that life is a little like that.  There are beautiful things in our life but sometimes bad things come into our lives as well.

I enjoy reading or watching biographies.  Last week I watched the movie "Temple Grandin."It depicts the struggles of an autistic girl.  She was an extreme case.  Sometimes I observe similar problems in some engineers, and other highly intelligent people.  They have problems relating to other people.  I think that my brother Jay was somewhere on the spectrum for autism.

I first noticed that Jay had trouble relating to other kids when I was five.  The neighbor kids had chained him to a tree in our back yard.  He enjoyed being wound up with chain.  It must have been like a hug to him.  In the Temple Grandin movie she enjoyed being hugged in much the same way they hold cattle still with a devise. So this and other observations of Jay's life lead me to believe that he had struggles that the rest of us don't.

This makes me think of the letter I found where Mother was defending Jay to my aunt and uncle and my dad's parents.  They highly recommended that he go to a trade school out of high school.  She was adamant that he would go to college.

Mother expected all five of us kids to attend and graduate college.  Being the compliant and passive children we were, we obeyed her.  In order to pay for this advanced education it was necessary for each of us to obtain employment and save our money.  My parents moved us into a 32-foot trailer to save money toward our college expenses.  (Grandmother Stowell did not agree with this decision and I agreed with her.  We did have some good times living in Woodley Hills trailer park though.)

My brother, Jay, was the first to acquire employment.  He was hired to clean our church, Calvary Presbyterian, each week.  Mother didn't think that he could do a good job so she cleaned half the church for him. 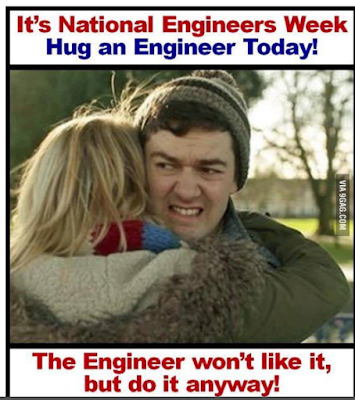 When I graduated from high school I was expected to get a job.  I applied to the library and other places but they weren't hiring then.  So for my first job, besides babysitting, Mother secured for me a job at a Presbyterian conference center.  She asked me if I would rather clean rooms or wait tables.  Disliking housework, I chose to become a waitress. Unfortunately for those who wanted their coffee first thing in the morning, (we did not drink coffee at home), I didn't understand the need for caffeine, and was behind in my coffee pouring. My salary was tips only. The attendees were generous despite my failings.

Needless to say we all made it through college.  This week I'm reading Condoleezza Rice’s autobiography. Her parents had the same attitude that Mother did.  All the children must go to college.  Condoleezza received her doctorate.  Many other children in the community were college graduates because of the support and encouragement of her parents.  She grew up in the most segregated city in America--Birmingham.  The difficulties that were overcome are a lesson for us.  Some day there may be stores and establishments that do not serve Christians.  Currently in Lebanon and other places there are such conditions.

Everybody will have something to overcome in his or her life.  With God's help we can make it through.