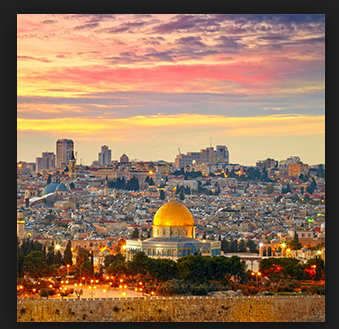 Jerusalem
Let me tell you why I think that the end of the world as we know it is imminent—according to the Bible.  Ezekiel 38-39 tells about Gog leading all the nations against Israel.    Zachariah 12 relates how God will destroy Israel’s enemies. Currently Russia is allying with Iran, Syria, and others. A One World Government is politically possible. A One World Religion is looking possible as the Pope reaches out to Muslims among others.  Everything is in place. With more and more violence against Israel the time is ripe for God to save His people. See the video below:

Also, Israel has lost another major ally.  Canada is no longer a friend of Israel because of the election of Justin Trudeau in October. The following video tells the truth about Justin Trudeau and the liberals!!

So, in what looks to be the last days, with the Apocalypse probably coming upon us very soon, it is time for everyone to make their peace with God—and that is only done by confessing our sins to God and accepting forgiveness through what Jesus did on the cross.

We live in exciting times.  God’s people have no fear, as we know that God is working everything out for our good.  He will come in and dwell with all who will accept His free gift.