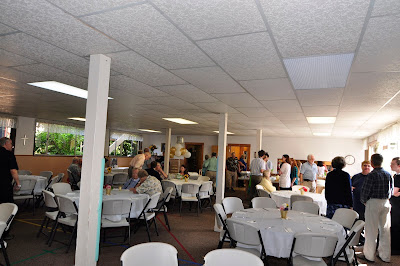 Sometimes I wish I could have a "do over" of my life. My favorite movies are those in which the protagonist gets a “do over.”  “Groundhog's Day” was all about learning to look to the interests of other people.  In the movie the central character finally figures out what he must do, and then was able to move on with his life.

Hallmark has produced several movies about do over’s including:

Time travel movies fascinate me because one could go back and change something that would improve the future.  Movies I have enjoyed include:
Also there are TV shows depicting time travel such as:
But of course we only get one chance at this life with nary a do over.  We can learn from the mistakes of others and from our own mistakes.  Hopefully we do not repeat them.

Chris and I have been married for just over 50 years.  How we came to be married and continued to stay married has been due to a comedy of errors and by the grace of God.  Possibly, if I had done things differently between the ages of 18 and 21, I wouldn’t have made so many mistakes during our marriage.  So I like to imagine a “do over” for that time period.

When I was graduated from Groveton high school in Alexandria, VA. at 17, my plan was to go to college, and room with my cousin, Dorothy, who had graduated from her high school in Fairbanks, Alaska.  While I can’t remember all the conflicts we had when we roomed together I do remember the clothes-borrowing problem.

While living at home I had enjoyed helping myself to my sister, Evy’s clothes.  She took responsibility and went shopping and bought clothes, while I didn’t shop.  She was gracious and never complained when I borrowed her things. At one point she bought herself a bicycle.  I didn’t buy myself a bicycle.  I could always borrow hers, my mom’s, or my brother Jay’s.

Such was the mentality that I had when I arrived at college.  I admired Dorothy’s clothes and asked her if I could borrow a skirt here and there. She agreed for a while but soon became annoyed.  One time I was wearing Dorothy’s skirt when I was going on a date with another girl and 2 boys who were traveling from a nearby college.  She found me in the other girl’s room and asked for her skirt back.  I took it off and gave it to her.  I then borrowed a skirt from the other girl.  If I had it to do over again I would have shopped for my own clothes and not borrowed Dorothy’s, (or anybody else’s).

Also, one time, during the summer before college, my Uncle Ernie told me that I must develop a passion to study something. So, I developed a passion for boys and studied them quite a bit.  If I had to do it over again I would have studied more dance. I would have worked toward the goal of teaching children to dance, and choreographing for plays and musical stage productions.  I loved “putting on shows” as a child.

I could continue on with story after story; but I think that it is sufficient to say that when Chris and I were married at 22, our wedding day, and our years of marriage, could have been a lot less stressful.  During our 50 years we have had times of tension.  When two flawed people marry, what else can be expected?  But through counseling, prayer, Bible study, and learning to forgive, we have stayed married.

Our recent anniversary party given to us by our children, and their spouses, was a special time. It was lovingly and beautifully executed.  We had a beloved brother and family, grandchildren, cousins and spouses, nieces, and friends travel to share in our celebration. God has blessed us in tremendous ways.  I give Him all the thanks and glory!
Posted by Flyaway at 2:38 PM