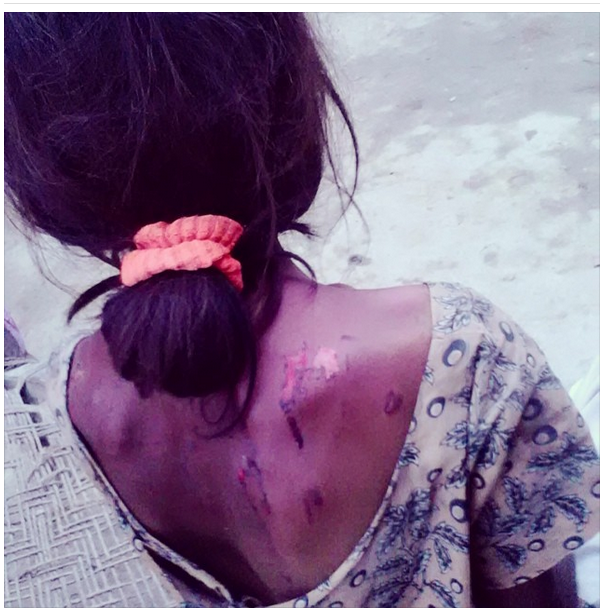 The attack was brutal.  The lashes, beating, and stabbing painful.  And this was done to me with the tongue.  Once again I had been attacked for my Christian faith.  “Jaws” had taken a bite out of my heart.  All that I called holy –like Jesus, His commandments, His people, and His love—were put down with violent words.  How could I count it all joy?  Once again my mascara had been smeared on my bedsheets from all my tears.  I told the Lord I couldn’t bear it any more.  I asked for a way of escape.  The Lord did give me a way of escape.  I moved 3000 miles away from the person who so cruelly abused me.

But now the Christians in the Middle East and Africa are experiencing more than tongue-lashing.  They are experiencing actual physical cruelty, abuse, and murder for their Christian faith.  They are in shock, traumatized, killed, and maimed.  I pray and will petition those in power in the United States for the defense of these Christians.  It is once again genocide that is happening in our world.  Here is a you tube of a CNN report:

The German government, under Hitler, committed frenzied genocide against Jews and others. Italy and Japan also attacked the Allies. Finally the United States took on Hitler, Italy, and Japan.

The Communists madly killed Christians, political dissidents, and others.  Over 100,000 were killed.  The people began praying.  With prayer, civil disobedience, and President Reagan steadfastly calling the Russian’s bluff, Communism was brought down.

In Rwanda the Hutus fanatically murdered the Tutsi’s.  The U.N. left the country.  There was no help.

Now we have Christians being cleansed from the Middle East and Africa by radical Islamist terrorists. What will the United States do?  Will the terrorists attack the U.S. again?

Christians must pray without ceasing and petition those in power in the U.S. to help these Christians.  This cannot go on under the watch of our Lord and the watch of those who value freedom.  If the terrorists were converted to Christianity the terror would cease, but meanwhile the force and God given power of all who will stand for righteousness and justice must stop them.

I have learned how to count it all joy.  Because of the persecution against me I have studied the Bible more, prayed more, and my faith has grown more.  In the end the person harassing me surrendered to Jesus, is now in heaven, and was changed into a likeness of Him.