Sometimes People Hate You Because of the Color of Your Skin 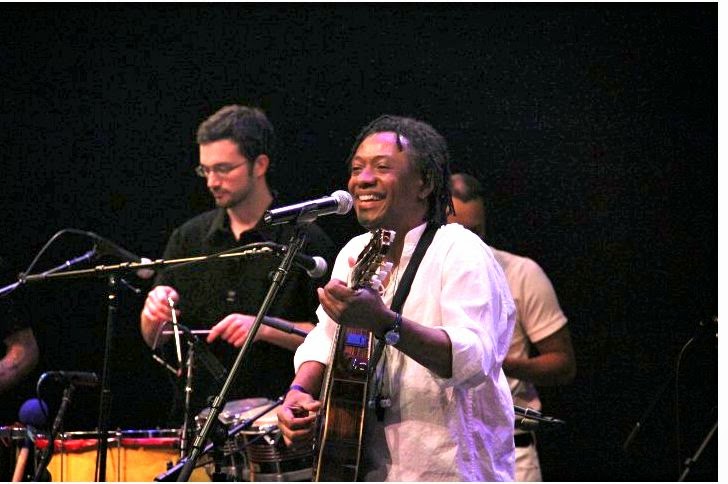 Our son playing percussion for his Brazillian Band leader.

Chris had just graduated with honors from microwave electronics school at Keesler Air Force Base in Biloxi, Mississippi.  He had been hired at an electronics firm in San Jose, CA.  I wanted an apartment, which had a washer and dryer hook up, and also would allow kids, and animals.  We found a place in an all black apartment building in San Jose.  As we moved in, some of the people rolled their eyes and looked like they were thinking, “There goes the neighborhood.” Shortly after the move someone stole our four year old son’s tricycle, trashed it, and threw it in the dumpster.  Someone spit on our door.  Someone tried to break in to our apartment.  We borrowed a motion sensor burglar alarm but had to low crawl around the apartment because we kept setting it off.  After three months we decided to move to an all white apartment complex in Redwood City, thirty miles from San Jose.

We had enjoyed attending San Jose Covenant Church but would have to leave that church, where several of the women had befriended me. Because of this move Chris would have to commute in our ancient Ford, our only car.  I would have to get a job to pay the rent on a more expensive apartment.  There was no washer and dryer hook up.  The apartment did not allow animals.  We left our dog and cat at my parent’s house several miles away.  They were out of town but my youngest brother was living there.  He kindly took care of our animals for us.  I walked to the nearest church and inquired about a job within walking distance of our apartment.  I was told that a church seventeen blocks away needed a secretary.  I walked to the second church and was hired.  Each day I walked our four year old to a babysitter and then walked to the church for the thirty-two hour a week job.  The salary was just enough to pay the rent.

On Sundays, after services at Peninsula Covenant Church, I managed to put a chicken and some vegetables in a crock-pot for dinner, but during the week we ate TV dinners, as I was in too much pain, because of the flare up of my fibromyalgia, to do more.  Cooking and grocery shopping added more pain.  Any type of exercise caused a toxic build up of lactic acid in my muscles.   A chiropractor was recommended to me but he was not able to help me.  Finally, because I couldn’t sleep, my pain escalated. I told the Lord that I would have to quit my job, as I couldn’t stand the pain.  We had just paid the rent for one month and would have to move out at the end of the month. I made plans to live in our car.

Meanwhile, Chris, present at his air guard drill one week- end a month,  decided to teach the new recruits the electronics that they would need when they arrived at the same school he had just finished.  One of the other team chiefs was impressed with his ability to solve math problems.  (Chris had even found a mistake in a textbook they were using.) As a result of his efforts his fellow NOMCOM (non-commissioned officer) asked him for his resume to give to someone he knew at Hewlett Packard in Santa Rosa, CA.  In one month Chris was interviewed on the phone, (I also had a phone interview with his potential boss), we traveled to Santa Rosa where he was interviewed by multiple people, he was hired, and Hewlett Packard moved all of our 1000 lbs. of household goods to a house in Rohnert Park.  We once again had a washer and dryer hook up, and were able to have our kids, and animals with us.

I could continue on with our story and how God helped us, but all I wanted to say in this blog was that I experienced hatred because of the color of my skin.  But that hatred was only for three months.  I can't imagine that people could live with that hatred all of their lives.  We had a lovely Christian Liberian women who attended our church. When she first moved to the United States she lived in New Mexico.  When she went to church a woman said to her, "Why are you at this church?" She implied that this young lady wasn't welcome at their church.  I hope and pray that the people of the United States will love one another and especially that Christians will love one another. I will never hate anyone, by God’s grace, and especially not for the color of his or her skin!

I decided to add this comment made by a Pastor which was posted on Thabiti Anyabwile's blog.  I thought it was very good: