Matt 12:36 But I tell you that every careless word that people speak, they shall give an accounting for it in the day of judgment. 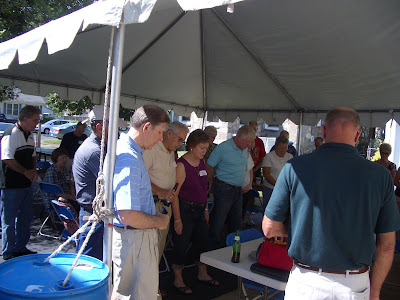 My sister/mother in the Lord, Nan, and I remind each other of what Jesus said in the Matthew verse above when we are concerned about wrong choices in the lives of our loved ones,  other Christians, and non Christians.  We want to speak in the way God wants us to but sometimes we don’t have a clue as to how to deal with the situation.  We don't want to be a stumbling block in the life of anyone.

One way we could deal with injustice is like Abigail did in I Samuel 25.  She realized that Nabal would not listen to her so she spoke to David.  He listened and many lives were saved that day.

In the case of Esther she requested that her people fast and pray before she approached the king.  When she did approach the king many lives were saved.

With Saul in I Samuel 20 his son Jonathan reasoned him with but there was not a good outcome.

Proverbs 26:4 says, “Do not answer a fool according to his folly, Or you will also be like him. 5 Answer a fool as his folly deserves, That he not be wise in his own eyes.”  I have struggled with when to speak and when to be quiet.

Here are some examples of difficult subjects that I have addressed with little success.  Should one continue to speak or should one be quiet?

·      When a pastor believes that it is more important to have compassion on a pregnant woman by aborting the baby than to save a baby’s life.
·      When a pastor will not tell you whether he is for homosexual marriage.
·      When a friend or relative will not understand that Mormonism is not Christian.
·      When a missionary buys into Marxism,(Malcom Muggeridge called Marxism "The Great Liberal Death Wish",) believing that the government is supposed to support the poor.  ( I thought it was the Church--Matthew 25:40 "The King will answer and say to them, 'Truly I say to you, to the extent that you did it to one of these brothers of Mine, even the least of them, you did it to Me.")He also believes in peace for the United States at any price including giving in to bullies.(Ecclesiastes 3:8 "A time to love and a time to hate ; A time for war and a time for peace.")
·      When a person believes that God’s word is no longer relevant or that it has been misinterpreted in the past.
·      When a person is bitter against Christians, believing they are terrorists, or just evil people.
·      When a Christian friend chooses EST training over Bible study.
·      When a mom believes that her adult children have no brains and that they should obey her and do everything her way.
·      When poverty is blamed for young people turning to crime.

He mentioned that he was a friend of Alan Chambers who was president of Exodus International, a ministry to help homosexuals overcome the life style.  Chambers closed down the ministry.  Hubbard wondered why he did this.  When he read the book “Pure Grace” by Clark Whitten he realized that Whitten had led Chambers astray.   Chambers was saying that one could continue in a sinful life style and still live the Christian life.  Not so!

So if a Christian or a non-Christian will not listen to warnings, we should weep, because some day they will answer to God.  This keeps us humble, as we have to keep praying as we watch our words. We have nowhere else to go but to the One who loves us.