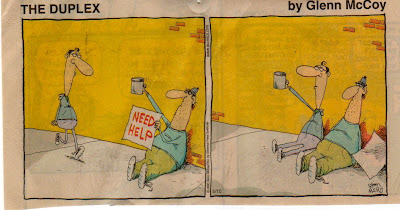 Have you ever regretted that you had an opportunity to help someone and you were unable to help, or you let the opportunity pass?  Have you ever hoped that you would get another chance?  I can think of a few missed occasions in my life.  I would kick myself and say to myself why didn’t I jump in instead of pausing and wanting someone else to do it, or hoping that it would take care of itself?

Recently my husband and I went to the movie “42.” In the movie the story of Jackie Robinson, recruited for the Dodgers by owner Branch Rickey, is related.   Branch shares how he played ball in college with an outstanding black athlete, but because he was black, he was marginalized, and eventually he gave up.  People of color were not given the same opportunities as whites back then.  Now Branch wanted to do something about the situation.  He was the owner of the team so he could call the shots.  In the end after much abuse and constant opposition the race barrier was finally broken.

There are all kinds of injustices in the world, from the timid first grader to the kid who hasn’t found anything that he or she is good in, and is ignored.  As a teacher I was always for the underdog.  I think it might have had something to do with how my little brothers were treated in school.  My next to the youngest brother had dyslexia so it was hard for him to learn to read.  His teacher decided that several boys in the class, who couldn’t read well, were not very smart, and she wanted to fail them.  My mom thought it was strange that there were so many boys who were failing.  She didn’t go along with the decision.  I recall her sitting by my brother’s elbow as he did his homework.  Somehow he passed.  (I  remember that when he was six he wanted me to read to him all the volumes of the World Book Encyclopedia.  I don’t remember how far we got before I went to college!)

My youngest brother was very quiet.  In school he barely made a peep.  He couldn’t read loud enough in class so the teacher thought he couldn’t read.  In our family he didn’t have a chance to talk much as the other four of us could carry on the conversation quite well.  He was a very sensitive little boy who cried when I told him he should eat his peas ---there were children in Africa dying because they had no food.  As an adult he went to Africa and taught Jr. High students to plant gardens.  He now works for the FDA as a food inspector.

There are some ladies who won’t speak up for themselves.  Sometimes they may or may not ask me to speak.  When I do speak up I have been called bossy.  I had the best motivation but was more interested in the goal than being merciful and gracious in achieving it.   So there is a good way and a bad way of fighting injustice.

A great concern by many Christians right now is for the Church.  People in the church have been led astray by “progressive” thinking about morality. An effort has been made to convince others that we must have compassion on women who want abortions.  We are now learning from science that life begins at conception.  Abortion is murder.  Yet even some pastors don’t see this.  Homosexual sex is immoral but some have tried to convince themselves that we must be compassionate because they are born that way.  Well, many of us have been born liars, covetous, and adulterers, but we know these things are wrong.  In like manner homosexual sex is wrong.

I may or may not have made “truth” an Idol.  (There have been a great many sermons on idolatry up to this time.   Anything that is put first before God is an idol.) I get impatient that others cannot see the truth as I see it.  But then God works with me and desires that I let Him do things in His timing.  I heard of a missionary to the Middle East yelling at people on the bus he was riding, who couldn’t see the truth.  I identified with his impatience.  So I pray that I will “do good works, which GOD has PREPARED in ADVANCE for us to do.”  Ephesians 2:10.  That means we aren’t to do every good work but just those works God wants us to do.  Meanwhile I will pray, study, and wait for God to do His perfect will!