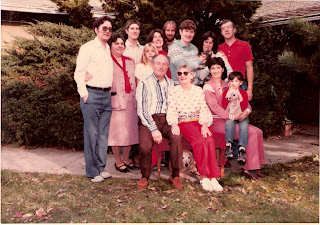 .
Family togetherness.  Living with my parents.

I’m reading “Unbroken” by Laura Hillenbrand.  It is the story of what happened to Louis Zamperini and countless others who were defending our country during World War II against tyranny.  The willingness to defend our country to the death or to endure torture and starvation, as prisoners of war, is something, I think, that soft Americans would never be able to tolerate.  The unspeakable bravery and hope in God sustained many and helped them to overcome unimaginable odds.

Louis won a gold medal for the United States at the Olympics before World War II.  During the war he worked as a bombardier.  One day, as his crew was out looking for a crew who hadn’t come home, the plane they were on, which they called “The Flying Coffin,” didn’t hold together and crashed into the Pacific.  He was lost at sea on a rubber raft for 47 days.  He lost half of his body weight.  Then the Japanese captured him and he suffered starvation, beatings, and slave labor like ladling out the latrines and dumping filth out in the fields.  After several years he was offered food and a comfortable room if he would be a spokesman for Japanese propaganda on the radio.  He refused and was subject to more beatings and starvation.

When I look at my greedy ways, and the avaricious ways of other Americans, I don’t think any of us could stand up to such attacks.  I admit it—I’m a wimp.  I think of the time my husband and I were between jobs.  We had two kids, a dog, and a cat.  I insisted we move in with my parents.  My sister and younger brother were living with them so I wanted my fair share.  Instead of depending on God I was depending on my parents.  What happened later showed that God was leading us and guiding us in spite of ourselves.  Life is not supposed to be fair!  It is hand crafted by a loving God.  Maybe Satan is out to get the Christians but we can resist and trust God for strength.

Then there was the “homeless” man in the news recently who had no shoes.  A policeman bought him some socks and shoes but then the “homeless” man didn’t wear them. Then we find out he wasn’t homeless.  How much of this stuff is going on?  Jesus said we would always have the poor among us so I guess this type of behavior will always be around.

Are we as Americans putting the government into the place of God? What do we really need?  Work is what we were created to do.  Even Adam and Eve tilled the land in the Garden of Eden.  Everyone can work even the disabled if they still have the use of their brains.  Joni Erickson Tada can only use her mouth so she does what she can.  She paints, writes, and speaks.

In my case I’ve endured chronic pain daily to the point that some days the most I can accomplish is to get out of bed and to get dressed.  I knew instinctively that I needed some type of work to do.  I prayed and asked God what I could do.  He put on my mind and heart that I could pray.  Also, I decided it was time for me to learn to write.  I’m a college graduate but never learned to write as I was a PE major. I also worked as a wife and mother and substitute teacher for many years even with the chronic pain.   Maybe I had to do the minimum but somehow, one day at a time, we survived. If we keep our needs simple and invest in food, shelter, clothing, and teaching our children the way they should go, we have everything we need.  We can learn to be content as Paul of Tarsus did.

What about health care?  I was worse off after I went to a doctor for my chronic pain.  We are experimented on many times in an effort to cure us.  I can see trying to prolong the life of a young parent.  My sister endured chemo and a bone marrow transplant but in the end she died when her daughter was 8 years old.  Would she have had a better quality of life if she hadn’t received any treatment?   I am glad we have antibiotics or many would die at a young age.  I am glad we have modern dentistry.  But there is a limit to what health care can do.  Are we over medicated in this country?

If the Church does the good works that God has prepared in advance for us to do I think we would be better off in this nation than we are now, and probably will be in the future.  Only God knows what is next.  But as Christians we know that when we are with Jesus at last, all will be well.