Ask For A Sign For Yourself From the Lord Your God 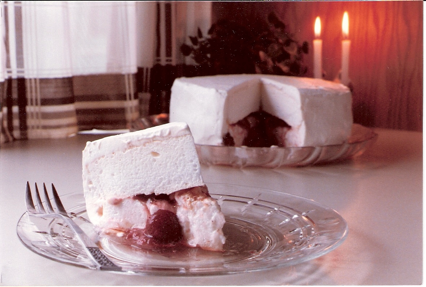 If all I had to eat was curds and honey I would like it fixed like this sometimes. Rita invented desserts made without sugar.  This is Kiss Pie made with fructose.


Our Precept Bible study class is studying Kings and Chronicles this year.  We are “observing” II Kings 16 and II Chronicles 28 this week.  Isaiah 7 is included in the lesson because the king we are learning about is mentioned in Isaiah7.

Beginning in Isaiah 7 verse 10 it says—“Then the LORD spoke again to Ahaz, saying, 11 "Ask a sign for yourself from the LORD your God; make it deep as Sheol or high as heaven." 12 But Ahaz said, "I will not ask, nor will I test the LORD!" 13 Then he said, "Listen now, O house of David! Is it too slight a thing for you to try the patience of men, that you will try the patience of my God as well? 14 "Therefore the Lord Himself will give you a sign: Behold, a virgin will be with child and bear a son, and she will call His name Immanuel. 15 "He will eat curds and honey at the time He knows enough to refuse evil and choose good. 16 "For before the boy will know enough to refuse evil and choose good, the land whose two kings you dread will be forsaken.

Ahaz could have asked for a sign but he didn’t.  I’ve heard of putting a fleece before the Lord to learn His will.  But asking for a sign is apparently a means for God to build a person’s faith.  Now I’m looking forward to learning about this king and why he wouldn’t ask for a sign.  I started to think about this and realized that God gave me a sign without me asking for one some years ago.

It was after twenty or more years of marriage to my husband that I realized that I was bitter against my mother-in-law, Rita.  She was always demanding, critical, judgmental, and unhappy.  I knew that the Lord wanted me to love her but she was impossible to love.  So I asked the Lord to fill me with His love for her.  I prayed and struggled to return her evil with loving kindness.  I was in a constant battle with myself.  One of my friends befriended her and she helped me to persevere.

Then it happened.  My mother-in-law’s neighbor called us to tell us that Rita had passed out in the laundry room at her condo complex.  Of course my husband drove right over and took her to a doctor.  I called the pastor of the church she would attend once in awhile.  It had been our church before we moved.  I thought she was going to die and started crying on the phone when I spoke to the pastor.  It was then that I realized that God had given me a sign.  I did love her after all.  God had built my faith in Him that He would do what we asked if it was His will.

There is a happy ending—six weeks before Rita died, the Christian caregiver at the group home where she was living, led her to the Lord.  After that Rita was happy, content, and loving everybody.  Our son said that she hugged him.  That was the first time he remembered her hugging him.  When I see her once again she will be all changed, and so will I.  We will be like Jesus and we will love each other.
Posted by Flyaway at 6:29 PM